Directed by Baltasar Kormákur, the latest Idris Elba movie, Beast, can only really be described as a sun-soaked thrill ride. Jammed packed with stunning visuals from the South African bush, adrenaline-filled chase scenes and plenty of bulky CGI lions, no one can deny that Beast is a fun adventure. But, despite being a wildly entertaining time, when the adrenaline starts to wear off, you can’t help but question if a barebones script ultimately holds the action movie back from reaching new suspicious heights.

Beast tells the story of a recently widowed doctor Nate Samuels (Elba), who takes his two daughters, Meredith (Iyana Halley) and Norah (Leah Sava Jeffries), on a trip to South Africa to visit the home of his deceased wife. Once in the country, they meet Nate’s long-time friend and game ranger Martin Battles (Sharlto Copley), who takes them on a tour of the local wildlife.

However, during their car ride in the dense African wilderness, they encounter a rogue lion who is hell bent on killing every human in his path. On top of the extreme situation, Nate’s regret regarding his wife adds strain to his relationship with his daughters , as familial drama is intertwined with a cat and mouse game between the humans and the murderous lion.

On paper, Beast has it all. There is interpersonal conflict, an A-lister cast, and plenty of jump scares with a decently realistic VFX-crafted big cat to keep you on your toes. While certain scripted moments, such as Martin’s relationship with poachers and the misplaced and expositional arguments between Meredith and Nate, come out of nowhere, the film easily keeps us hooked with its pacy plot. But, while the simple but fun survival premise is all well and good, where the film truly succeeds is in its cinematography.

In the bush: Best adventure movies

As The Digital Fix’s resident South African born and bred in Johannesburg, I’m used to seeing my home country in one of two ways by Hollywood. Firstly as a post-apocalyptic wasteland like District 9 or Dredd. Or as a California rip-off such as in The Kissing Booth franchise. I went into Beast expecting another strange depiction of the country suited for western blockbuster tastes. But I was more than pleasantly surprised at what I actually saw – a candid look at the bush.

A sharp wave of nostalgia hit me while watching Beast, as the film captures the country’s natural beauty, from its sunsets to the dusty offroad trails of the game reserve. Even during moments of fear with a rogue lion stalking the characters, a subtle undercurrent of mystique from the authentic setting inspires feelings of constant awe while watching this flick.

Kormákur and Universal have obviously done their research into the country, and the extra knowledge makes Beast feel grounded in reality instead of succumbing to the standard cliché imitation of Africa that could have easily felt cheap. Besides the visuals, the story of Beast also makes comments on the issue of poachers – a long-running problem that has faced South Africa for decades.

Beast portrays the lion as a killer but not one with no reason – a relatively new dynamic when thinking about past creature thrillers such as Jaws or Cujo. Instead, the ‘enemy’ in the film is constantly contextualised as the product of human actions. The lion has essentially gone berserk on a revenge quest after his pride is killed. It’s a narrative choice that respects the animals that are still targeted today.

The unexpected plot point makes the film stand out as unique in its approach to the ‘man vs killer animal’ storyline that we’ve seen repeatedly over the years. However, despite my own appreciation for the film’s intentions, this story decision to include reasoning for our lion also proved to be a double-edged sword on the entertainment front.

While the entire cast of Beast are phenomenal at playing the part of a terrified family stuck in an extreme situation, you don’t ever truly embody their fear. Similarly, seeing Idris Elba punch a lion in the face is tons of fun, but once the horror element of the unknown is stripped from the lion’s motives, suspense does dip, and tonally beast struggles to keep our hearts racing. 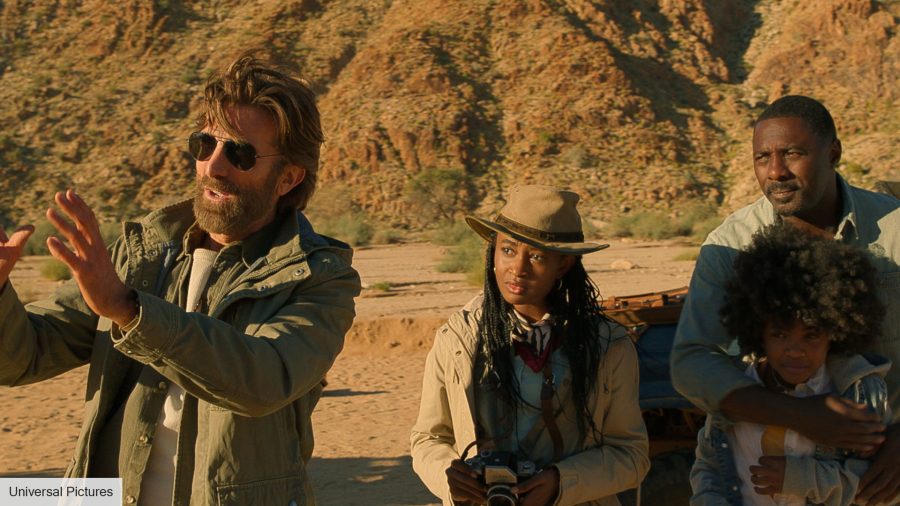 Oddly enough, it was also hard to completely root for the family, simply because even though we’ve seen the terror and carnage that the lion is capable of, you can’t help but feel sorry for it. Beast constantly reminds us that the lion is alone, which was made to act this way by poachers, and even as the animal kills innocents, you can’t totally hate it. Beast puts viewers in the awkward position of rooting for both sides, and it’s hard to become totally captivated by the action as a result.

Although Beast isn’t perfect, at the end of the day, I still consider it as a film I’d recommend seeing in a heartbeat. It is filled with passion, dedication, and above all, appreciation for South Africa and all of its animals. It may be rough around the edges, but it shines in its visuals and action scenes, making it a must-watch for any adrenaline fans looking for a new entry to add to their list.

Beast is in UK cinemas from August 24