Beauty and resilience in the arid north of Kenya

Long road trips fascinate me. Driving for hours and seeing the exquisite beauty of Kenya is therapeutic. It gets even more exciting when such journeys are made in places that are considered by some to be inhospitable.

About a month ago I embarked on a journey to the far, dry north, a place where a few years ago fear and trepidation were the only constants. It has been aptly referred to as the “other Kenya” because of its seclusion and constant conflict, especially from the Shifta gangs of yore.

We left Nairobi in daylight on a cloudy Monday for a four day expedition to Marsabit. Before this road trip, Archer’s Post, a small enclave on the Ewaso Nyiro River, less than an hour from the town of Isiolo, was the furthest I had dared to go north.

“Everything you know about Kenya ends here,” said Njoroge, our driver, jokingly.

Thika Road, as always, had its fair share of traffic. After Kenol, in Muranga, the ongoing road construction work slowed us down a bit.

Our first pit stop was Nanyuki. The new Cedar Mall in Nanyuki offered respite before tackling the “dreaded” north. Modern restaurants, designer stores, sparkling bathrooms, whatever – the mall has it all.

The wheat and rapeseed fields near Timau, with the twin peaks of Mount Kenya in the distance, offered a mental break from the rising temperatures. 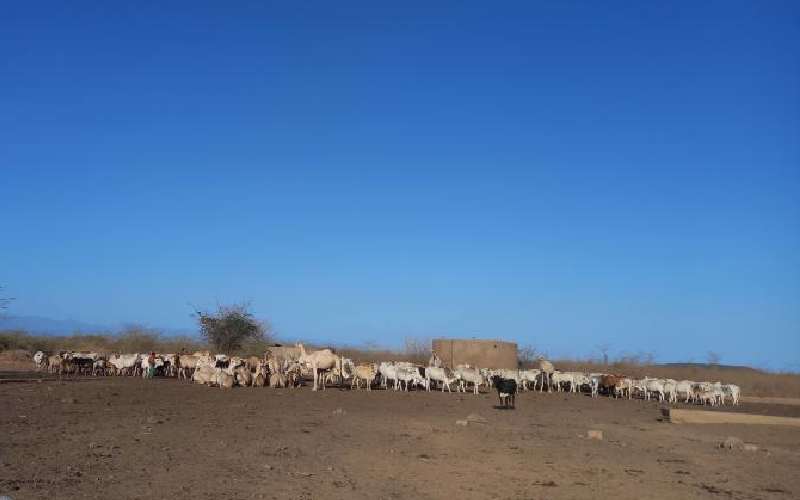 Cattle at a waterhole.

Canola, for beginners, is a plant three to five feet tall that produces pods from which seeds are harvested and crushed to make edible oil. The oil is said to have the lowest saturated fatty acid content of all common vegetable oils. Good for you, say health experts. But I digress.

The descent to Isiolo is breathtaking. The plains of Laikipia on the left are home to Kenya’s greatest wildlife spectacle, their wild, untamed beauty second only to the Masai Mara. Here, former cattle ranches have given way to high-end tourism that attracts billionaires around the world to the rugged plains.

Beyond Archer’s Post, traffic is getting thinner. Apart from the occasional bus from the border town of Moyale, we literally had the whole road to ourselves for miles. But what the region lacks in human activity it makes up for in endless beauty. A few minutes from Archer’s Post, Mount Ololokwe looms high and breaks through the monotonous dry plain with its lush vegetation and rocky outcrops.

Large boulders littered the opposite side of the street and created a Jurassic world. Occasionally, zebras would cross the highway in their endless search for water. A shepherd was driving some goats off the road as our vehicle approached. He will lead her to the nearby pan of water for hours, maybe tens of miles away.

We arrived in Marsabit in the early afternoon, tired from sitting in the car for hours. The city of Marsabit lies on a valley surrounded by several hills. But the cool air here was a welcome relief from the heat that had heated our bodies for hours. 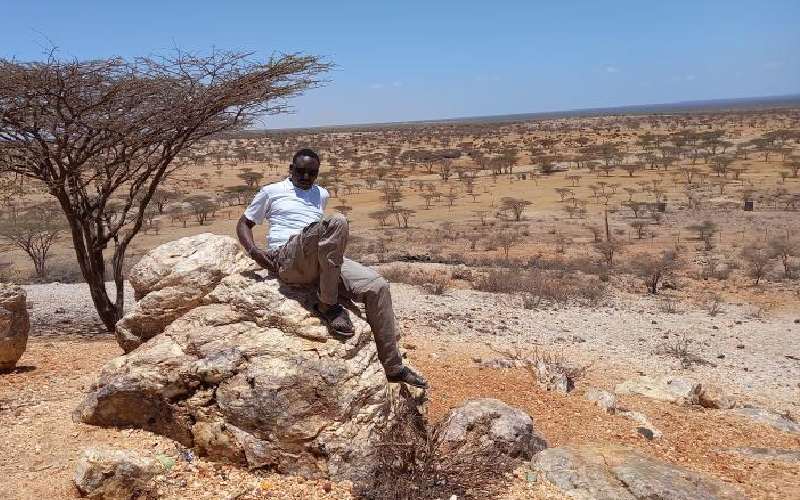 An aerial view of northern Kenya.

Did you know that there lived in Marsabit Ahmed, one of the largest elephants in Kenya, whose tusks hit the ground while walking? In fact, Ahmed was so famous that Founding President Jomo Kenyatta ordered 24-hour security. After his death, the president ordered that his remains be kept in the Kenyan National Museum for posterity.

After a day of recreation in the city of Marsabit, it was time to go inland and meet the people who make up the region. We chose the small outpost of Korr, which lies between Marsabit and the east bank of Lake Turkana. Getting there was easier said than done.

Korr is about 60 kilometers from the Marsabit-Moyale motorway, away from the small town with the strange name Log Logo. At first the gravel road to Korr was clearly recognizable, but at some point it was just a track with tire trends that gave the appearance of a road.

Again and again we were so fascinated by the beauty of the semi-desert that we got lost several times. At some point we landed at a watering hole and chased away a herd of cows, goats and camels. “Corr. Corr! ”We shouted to a group of shepherds who hardly spoke Swahili. They pointed in one direction and again took this as our cue to drive on into the black volcanic rock.

Here, as elsewhere in northern Kenya, resilience is essential. Women who travel long distances to fetch water and children who are determined to attend a local school.

Nothing in their demeanor betrayed the hardships they have to overcome every day. Men, on the other hand, spent countless hours playing the board game “Bao” under an acacia tree, a regular pastime in the hot environment.

Back in Marsabit town later that afternoon, I had time to reflect on the life these Kenyans lead away from modern conveniences.

Apart from occasional disputes over the cattle of the neighboring communities, the residents of Marsabit are at peace with themselves and grateful that they can still earn a living in the harsh environment. They thrive like the desert rose, spurred on by the promise of a better future. And tomorrow will come.

South Africa tees off in search of the semi-finals, England 190s