By Mark Nicol Defense Editor for the Daily Mail

A British soldier was fined £ 500 for late returning to a training base in Nigeria after being held hostage at gunpoint, a military court heard.

Sergeant Samuel Galloway of the 1st Battalion, Royal Regiment of Scotland, was allegedly detained for several hours in the city of Abuja with an AK-47 rifle aimed at him. He was not released until a ransom was paid.

However, the notable incident in 2019 was apparently “covered up” at this point in order to prevent a major diplomatic incident.

As part of this alleged deception, Sgt Galloway was fined for late return to UK training camp because senior officials dismissed his report at gunpoint.

He also claims that an officer in his regiment requested forged testimony.

These and other allegations have now surfaced as Sgt Galloway is appealing the £ 500 fine and seeking to overturn his conviction for violating a grassroots curfew.

A summary of the case was first heard in the Bulford Military Court in Wiltshire earlier this month.

At the end of the hearing, a military judge ordered the case to go to trial in September.

Sgt Galloway was on a training mission in Nigeria when the mysterious incident occurred. He was off duty at the time and spent the evening of October 5, 2019 socializing with British colleagues at a local bar.

He claims that when he tried to leave, he was detached from his friends and grabbed by local men, one of whom was armed and demanded money.

In an apparent attempt to rescue Sgt Galloway, a man identified as Soldier B who had been drinking in the same bar pulled a pistol from under his clothing and fired a series of shots. 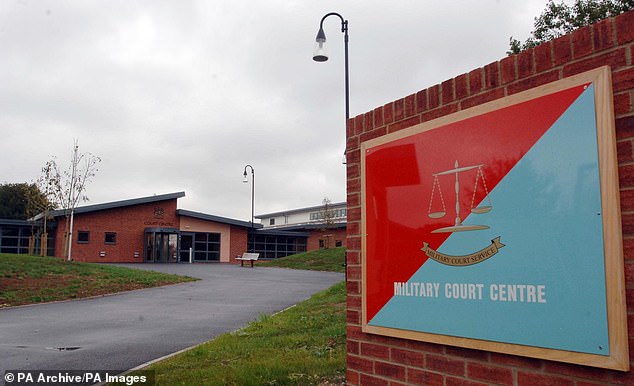 An army lawyer told the judge that while soldier B was allowed to carry the gun, the shots had caused “chaos” outside the venue.

Soldier B did not give any testimony at this point, but is now asked to take action against Sgt Galloway before the trial.

Sgt Galloway remained in custody for about three hours before British colleagues paid a ransom to rescue him, and he returned to his base known as “Village 2” at around 4:30 am.

He was apparently shocked when officers denied his account and a major in his regiment allegedly asked junior troops to submit testimony deliberately not mentioning Soldier B’s actions.

Sgt Galloway was then fined and, he claims, instructed by the major to sign a confession. He accepted his punishment at the time but is now trying to clear his name.

An army lawyer added that he was unable to reveal certain details of the case.