Busia County Grapples With Shortage of CDs As Rest of Kenya Worries About Drought, Starvation

At a time Kenya is going through a period of drought and starvation, Busia county is struggling with an acute shortage of condoms.

The worrying revelation is that some of the residents have resorted to recycling the products as they wait for a new consignment, NTV reports.

Busia, which is a border town that connects Kenya to neighboring Uganda, is a hub for both business and pleasure. 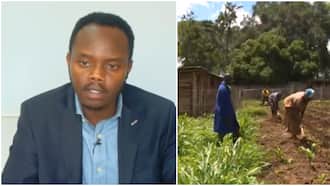 One of the booming businesses in the area is commercial sex work as there is an influx of truck drivers leaving and entering Kenya 24 hours a day.

That explains why a shortage of condoms spells doom for many residents who would wish to engage in sexual pleasures after a long day at work.

According to the call girls, the government-sourced condoms which were given free of charge are difficult to come by these days.

This can be attributed to a fall in funding from foreign donors which has made it difficult for the commodity to be availed as has been the case.

“Sometimes you find someone washing a used condom before using it again, and that means it is prone to bursting because the lubricating oil is no longer there,” one of them said.

According to the Director of Medical Services in Busia Janerose Ambuchi, the practice should be discouraged as it exposes the users to sexually transmitted infections.

Kenya is struggling with starvation

Their concerns come at a time the rest of the country is seeking answers to a biting drought that has left many Kenyans struggling to survive.

Images of emaciated citizens and dead animals have been splattered across mainstream and social media, with members of the public seeking intervention from the government.

Things have been so extreme that desperate farmers have resorted to selling their cows for a meagre KSh 500.

What Brazil election portends for Nigeria

Kenya Re to Donate Over 900 Assistive, Mobility Devices to 634 Persons with…