Often marginalised, and with high rates of poverty, pastoralists earn their living through a mix of livestock keeping and small-scale agriculture.

In Laikipia, we drove for six hours into Borana conservancies where our host-turned-tour guide told us the names of various wild animals, even without asking.

But we were not there for the wild; we needed to find out how conservancies help pastoralists keep animals alive during drought.

According to the National Drought Management Authority (NDMA), Kenyans have lost more than 1.4 million animals due to the ongoing drought, leaving pastoralists who rely on animals in peril.

“In 2017, one farmer lost over 200 cows to remain with only 15 cows,” Aden Boru from Kina division in Isiolo County told The Standard.

To put this in perspective, for pastoralists, livestock is the main source of wealth. Losing animals to drought adds an extra layer of vulnerability to this already fragile ecosystem.

My mission for the past three months was to find a solution and spread the word.

Back to our game drive

Pastoralists who roam to find food for their animals keep 75% of cattle herds in Kenya. But now there is nowhere to go.

So much so that pastoralists are looking for solutions in conservancies. This means grazing in wildlife territory.

Borana conservancy, which lies at the foot of Mt Kenya, gave us exclusive access to some of Kenya’s most beautiful countryside and magnificent wildlife. 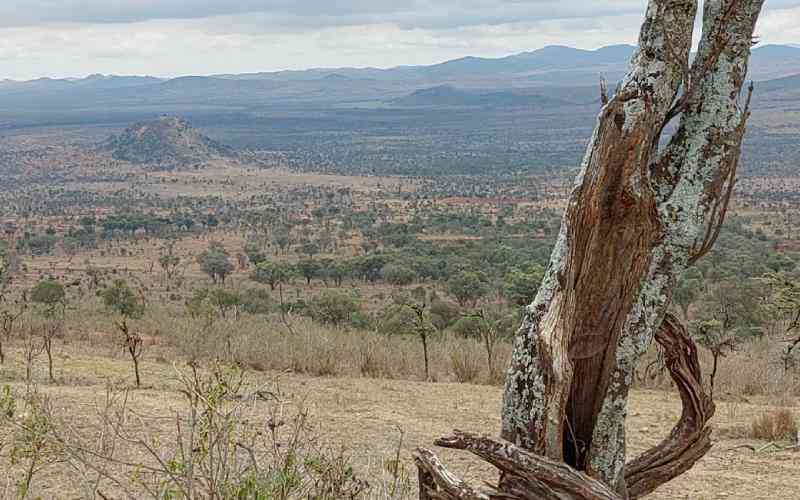 We were in the company of Abdi Sora, the General Manager of Borana Conservancy. He has made it possible to manage the wilderness and human use.

In fact, Borana Conservancy began as a cattle and sheep ranch.

“At Loldaiga Conservancy, we have community cattle under the livestock to market programme. We brought them here because it’s very dry in Borana and there is a lot of grass and water here. So we can finish them and sell them,” said Mr Sora.

With no plan to explore and its variety of wild animals, we did that anyway. We drove for four hours because all the herdsmen we met had healthy animals, but Sora insisted we see at least one herd from pastoralists.

One herdsman came with us; he knew the place very well and started giving the GM updates. Apparently the day before, a lion at two cows.

I started thinking that we could see whatever cattle were there and head back.

But up came the herd we had been looking for, grazing past us and moving deeper into the conservancy. They were from a dam downhill.

They were definitely pastoralists’ cattle, you could tell by their frame, and they seemed to enjoy grazing in the conservancy. 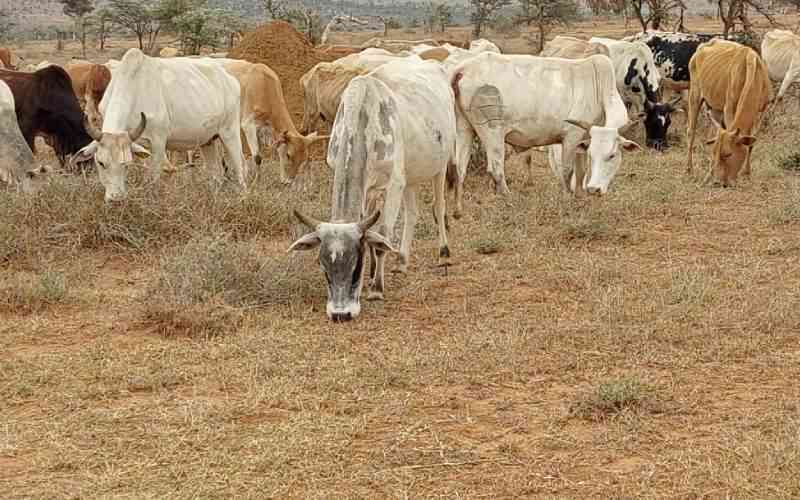 The program works to help the community, but the conservancy gains too.

“The livestock to market program started in 2017, where we had a meeting with the community to discuss how it was going to help them, then brought in community cattle to the conservancy,” explains Mr Sora.

The conservancy establishes the value of the animals at the point of entry, manages the livestock on the owners’ behalf and looks for market when the time is right.

“We employ herders and manage the livestock on their behalf. We don’t buy the animals from them, we just fatten and when the animal is ready for sale we look for buyers.” the GM says.

“Once we get the buyers, we work with a committee because the community has a Sacco, so that it is transparent. Once we agree on the price, we weigh the animals and sell.”

So the conservancy gains.

“To cover our own cost, we take 20% of uplifting value, 10% of that also goes to a local insurance scheme to minimize loss as a result of predation by wildlife.”

The owner gets 70% of the uplifting value plus the original entry value.

“Under this programme, we work with six communities that neighbor Borana. The aim is to help them get value for their livestock because when they sell it at auctions they don’t get value.”

In 2021, the conservancy hosted about 12,000 animals for two months to help the community. 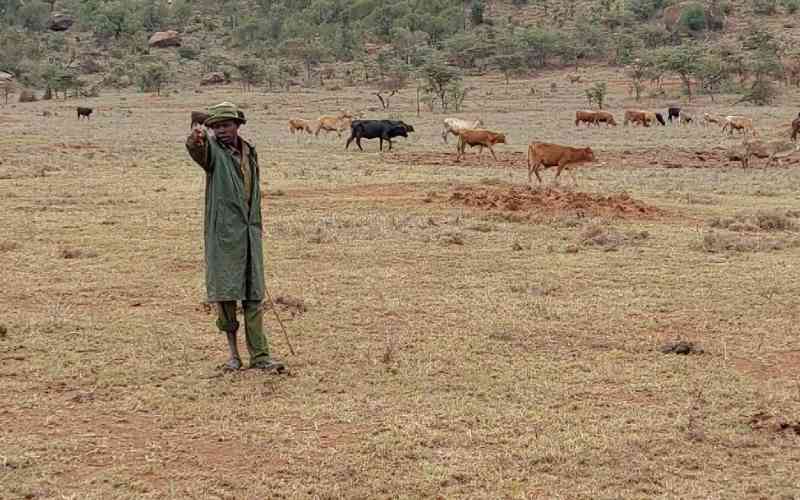 While looking for pasture solutions, we visit pastoralists in Isiolo County. Here we meet Aden Boru from Kina division; he narrates to us how they would lose their livestock due to drought and how life has changed thanks to a Participatory Rangeland Management (PRM) toolkit introduced to them by the United States Agency for International Development (USAID).

“We would lose many of our stock to drought because we used to graze everywhere as we moved from one place to another,” he says.

“Our children couldn’t access education facilities due to these movements, but with the introduction of PRM we are making a kill as our livestock don’t die, our children are in school unlike in the past where we would go long distance searching for pasture and water.”

Like traditional pastoralist systems, PRM involves planning and making decisions at different levels. For instance, the rangeland is divided in such a way that some fields are reserved for the dry season and there are those where animals are only allowed to grace during the wet season.

Mr Boru says from this system, they have learned how to divide their land into three grazing areas; dry, wet, and drought grazing areas and they have not lost their stock since the introduction of the toolkit.

“In the past August was a tricky month but this time we can smile as we have pasture and water.”

His words are echoed by Abshiro ena Muhammed, who tells us that things were tough to a point of families breaking up and their children suffering from nutritional deficiency diseases.

“As the saying goes, behind every successful man there is a woman. We no longer leave our homesteads and our kids remain in school, we have milk surplus enough to give our kids, and now they are healthy,” she says.

“Our women have ventured into businesses like other women across the country, compared to when we would only be carrying grass for livestock. We now have permanent homesteads.” 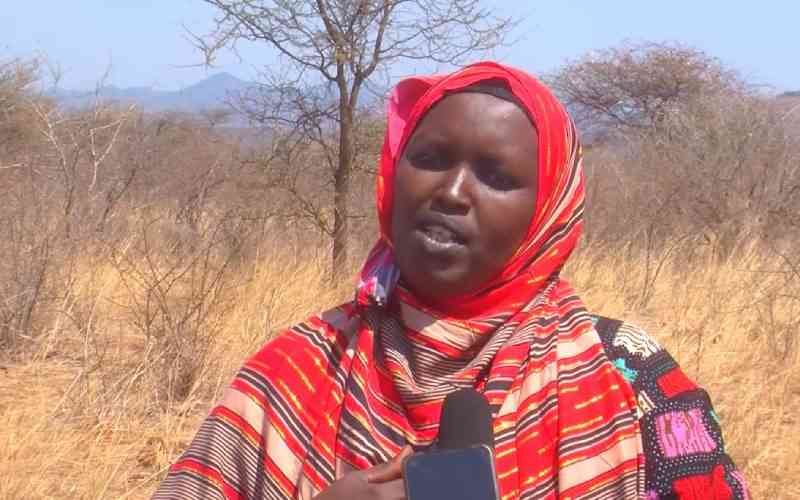 In the same locality, we meet Bernard Wafula, Isiolo County range management officer. He tells us that in collaboration with various NGOs in the area, they work with the community to start artificial pasture production to avoid loss during drought.

“The culture of believing that pastures are from God should come to an end and pastoralists should understand that the government together with NGOs facilitate us in coming up with interventions”, Mr Wafula says.

According to the Ministry of Agriculture, Livestock, Fisheries and Cooperatives, Kenya’s rangelands account for over 83% of the country’s land mass. This supports over 70% of the country’s livestock and 85% of wildlife populations.

Unfortunately, frequent droughts and floods due to impact of climate change affect the productivity of these rangelands that support over 10 million people.

Mr Boru from Isiolo tells us he is forced to venture into camel farming, which is not their tradition, as the animal can travel for long distances in search of water.

In Laikipia, the General Manager of Borana Conservancy explained the importance of controlling the herd to protect the environment.

“On the conservancy, we control the number of animals. We make sure that we keep what we can feed as per our carrying capacity, taking into account we also have wildlife.”

The issue is, if the number of animals is not controlled people can own as much as they can afford, which has an impact on grass water and soil.

“We make sure there is minimum erosion. We take animals up to our carrying capacity; we do not overload the land. We make sure that the environment is protected,” says Mr Sora.

On farms, soil can sequester carbon if left undisturbed and covered by a crop. That is why ensuring pasture is available is key for the pastoralists to tackle their contribution to climate change.

According to KALRO’s ​​Research Officer Dennis Kubasu, pasture management comes down to the conservation of pastures.

“Pasture management is all about utilization and conservation of pastures. It involves grazing management plans, and calculating the carrying capacity of the land. That will inform the stocking rates and ensure the supply of pasture throughout the year,” he says.

“Poor pasture management leads to both land and species degradation and generally reduces the production capacity of the land.

He also says a holistic management approach, deferred grazing, and rangeland restoration through reseeding are some of the management practices that have been effectively employed in areas such as Samburu, Baringo, Garisa, Wajir, and ranches in Laikipia and Taita Taveta.

This report was written and produced as part of a media skills development program delivered by the Thomson Reuters Foundation. The content is the sole responsibility of the author and the publisher.

Want to get latest farming tips and videos?
join us

Magoha Wants Adult videos Banned in Kenya, Detrimental to Learners: “They Must…

Entergalactic’s Kenya Barris on Creating Something Unique with Kid Cudi