PMI is a composite gauge meant to give a single-figure snapshot of the operating conditions in the non-oil private sector economy globally.

In its report on the country, IHS noted that the sector’s activity dropped in November for the third month in a row, with the same contraction rate seen in October.

The report attributed such a downturn to the loss of client demand and slowdowns due to global supply chain disruption.

It also indicated a significant increase in business costs that has caused higher selling prices and lower demand across the Egyptian non-oil economy during November.

“New business fell at the quickest pace for six months, leading to a decrease in output as well as renewed cuts in employment and purchasing. then, expectations for future output fell to their weakest in a year,” the report elaborated. 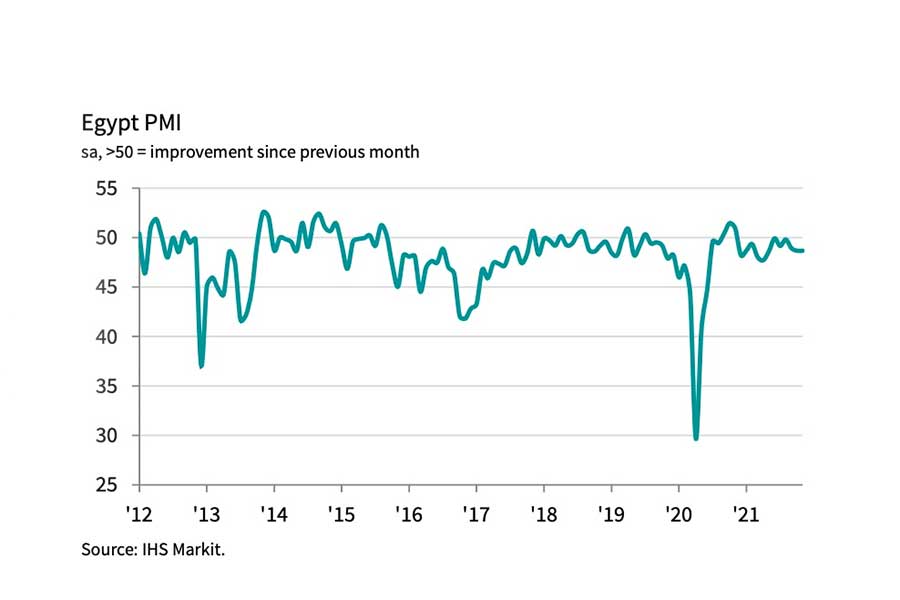 Moreover, new order volumes also fell for the third consecutive month, with the rate of decline accelerating to the fastest since May, according to the report.

Conversely, the report pointed out that new export business in the sector rose in November for the first time since August.

Selling charges were raised sharply midway through the fourth quarter, with the rate of inflation dipping only slightly from October’s 38-month high. As raw material costs continued to surge, some firms highlighted price mark-ups of over 10 percent in order to protect their profit margins,” the report explained.

As the inflation rises, the report said that higher fuel and shipping costs often led to increased prices, including for raw items such as foodstuff and paper.

Meanwhile, salary costs rose for the third month running as companies raised wages in response to an uptick in living expenses, according to the report.

It also noted that companies resorted to a renewed cut in purchasing activity in November in response to the rising inflation.

In this regard, the report explained that input buying declined for the first time in four months, contributing to a further depletion in stocks of purchased items.

Furthermore, global supply problems led to deterioration in vendor performance for the first time since June, according to the report.

On the other hand, the employment numbers in the non-oil private sector experienced a drop in November after four successive monthly increases in staffing, according to the report.

The Central Agency for Public Mobilization and Statistics (CAPMAS) and the Central Bank of Egypt (CBE) are expected to announce the inflation figures for November on Tuesday with projections of an increase in the monthly and annually inflation rates. 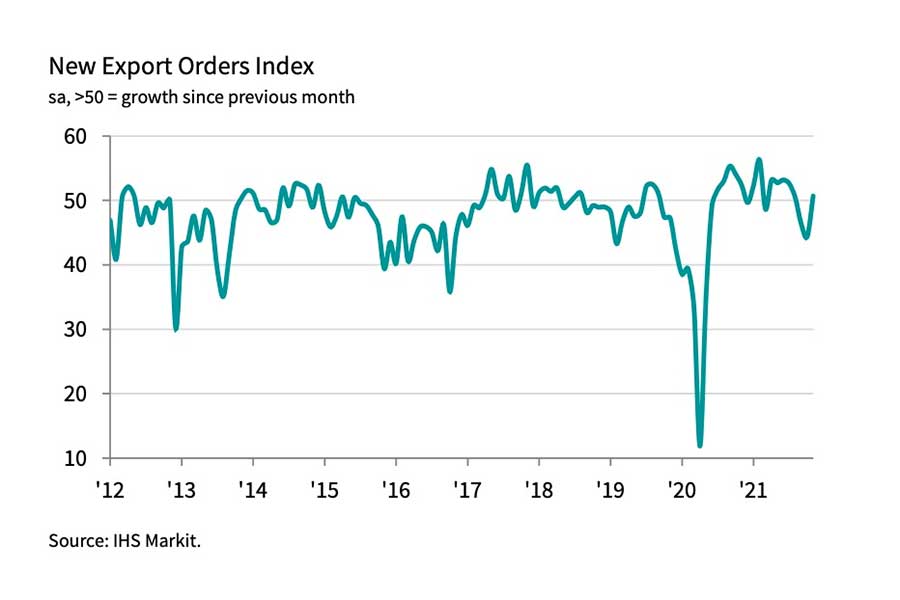 According to the recent readings announced by CBE, Egypt’s core inflation increased in October to 5.2 percent (YoY), up from 4.8 percent recorded in September.

CBE’s Monetary Policy Committee is anticipated to convene on 16 December to review the key interest rates for the last time in 2021 in light of the recent inflation readings with expectations that the committee will maintain the current rates.

Visiting Egypt? Places You Should Not Miss