Gold rush on Sunday! Amos Serem wins gold in the 3000 m obstacle course for Kenya, while compatriot Koech is satisfied with bronze: the standard sport

It was a stellar evening as Kenya won medals in the men’s 3000 meter obstacle race to retake the title they lost in Tampere in 2018 to Ethiopia as the five-day U20 World Athletics Championships came to an end at the Kasarani Stadium .

Simon Koech, Amos Serem and Leonard Chemutai from Uganda and the Ethiopian Tadese Takele formed the top group from the round and crossed the half-time mark in 4: 27.48.

At the bell, Serem took the lead and stormed to victory in 8: 30.72, the host’s eighth gold medal at the championship, while Ethiopian Takele settled for silver in 8: 33.15

Help us serve you better by completing our short survey.

A fourth place was Samuel Firewu of Ethiopia in 8: 34.79, while Chemutai of Uganda, who dictated the early pace of the race, dropped to seventh in 9: 03.14.

Serem, who is a big fan of former world champion Ezekiel Kembo, said: “I didn’t want to rest until I won the world title. In the semifinals I signaled to the fans that the medal would stay on Kenyan territory and today I kept my promise. I am a big fan of Kemboi, if you are interested you will find that my running style is very similar to his.

He added: “I am grateful that my coach Patrick Sang believed in me and I can only hope that I will help my country regain the Olympic title. From what I read on social media platforms it was clear that the Kenyans were disappointed when we lost the gold medal in Tokyo. ” 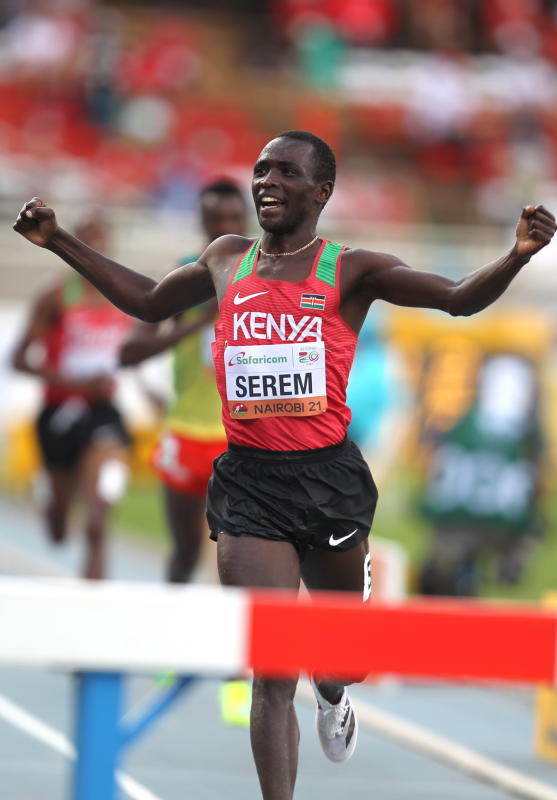 For his part, Koech said: “We wanted to restore our pride after losing our title at the Tokyo Olympics and send a message that Kenya is still a powerhouse in the obstacle course. We want to continue to dominate the race in the future. ”

The Mother of Black Freedom in South Africa

Kenya on Cloud 9 when Omanyala joins the most elite club