How a women-only village in Egypt became a dead end

Once a haven for divorced or widowed women where men are still not allowed, the village has now become an endless cycle of government negligence that they cannot escape.

SAMAHA, Egypt – There is a city in southern Egypt, thousands of kilometers from Cairo, which is exclusively reserved for divorced and widowed women. Men, married women and single mothers are not allowed to enter this remote city.

To see how this informal microcosm works, you’d have to take a train from the heart of Cairo to Aswan, which is 1,202 km away in southern Egypt, and then another bus to take you to Edfu, which is another 67 km away.

The further you are from Cairo, the more difficult the journey becomes. It’s difficult to hitch a ride from Edfu to Wadi Al Saaydeh. If you’re lucky, you may find a pickup truck to take you onto the dirt roads that eventually lead to Samaha, where low-lying brick houses fan out around the partially paved roads that cut through the barren landscape. 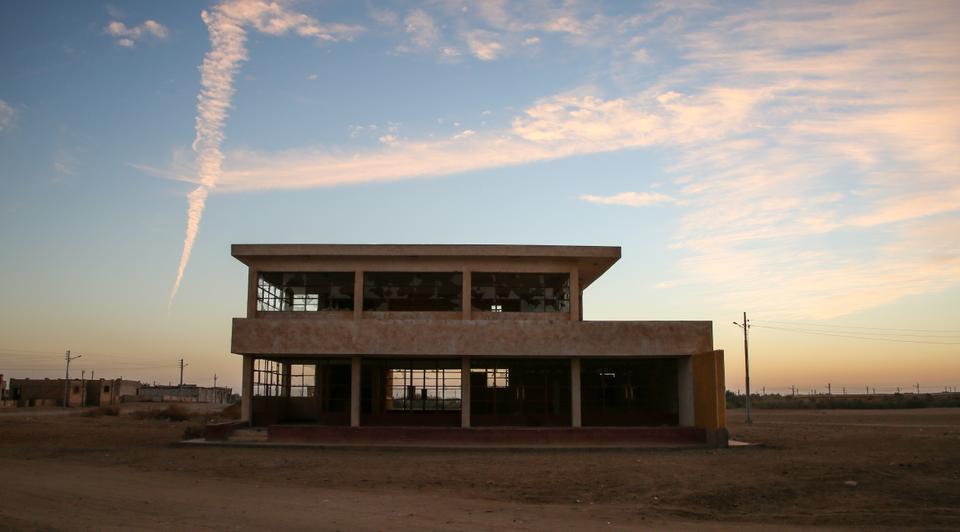 An empty, run-down medical center in Al Samaha village where people have to travel long distances to get medical treatment. (Solafa Salam / TRTWorld)

Married life is seen as central to stability, especially in Upper Egypt where marriage is sacred. There are some in it who arguably worship the role of women as wives and carers. Your role is to maintain sacred family relationships that reflect a society that firmly enforces inherited traditions and norms.

The divorced and widowed women of Samaha village usually get up very early in the morning and carry their poleaxes over their shoulders. They cultivate and harvest the whole day and sit in front of their houses in the evening and watch over their children. Such is the meticulously structured life of these women.

It is not easy for these women, especially given the pressures they are under due to gender bias in Egypt. For example, the Egyptian Ministry of Agriculture allowed these households only for women to have land they can rely on to earn a living. In order to own the land in full, they must have lived there for at least 15 years. 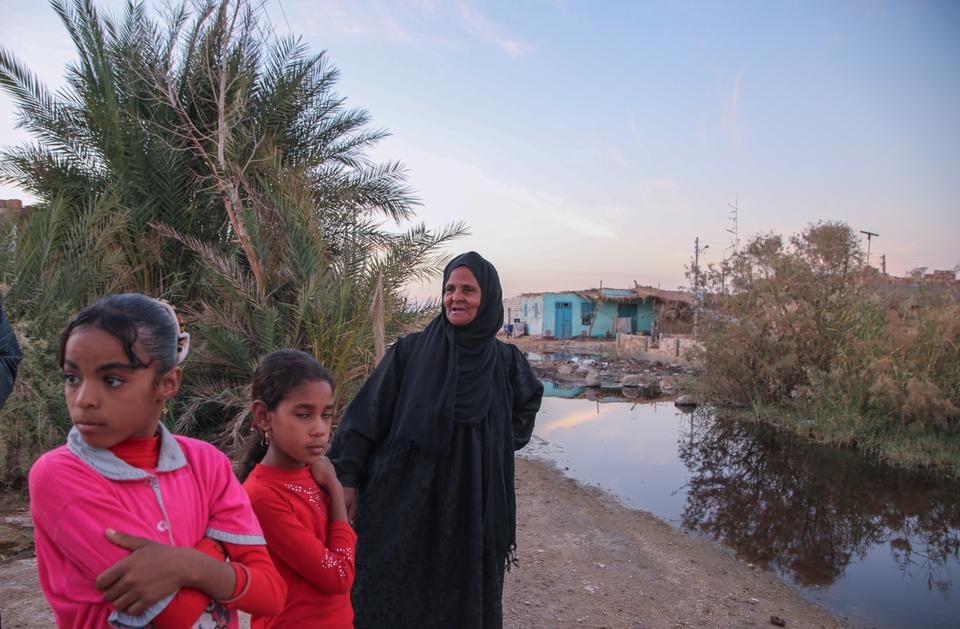 The women of Al Samaha were young when they moved to the village, and they were happy to have no men around. (Solafa Salam / TRTWorld)

Experiences in the village

Children playing with cattle, elderly women, and single-story houses with small barns for poultry greet you when you first step inside. Abandoned schools are polluting the village, and teachers and students have long been abandoned.

Um Mohamed, one of the women who benefited from the ministry’s project, is sitting under a basket umbrella. The 62-year-old came to the village from Aswan after the death of her husband and left four children under her care, the oldest in the preparatory school. She had no income opportunities when she applied for the project, and to her surprise, she received six full feddans and has since worked on growing rice and wheat and hibiscus. One Egyptian feddan is equal to 1.038 acres.

In the next house, 59-year-old Hanem Hussein tends her only cow. She had at first worried about living in this desert, but life had not given them the “luxury of choice,” as she said. She feared that without a local police station and access to transportation, she might not be able to live or protect herself and her children in what was then an empty village, forcing her to rebuild her life from scratch.

Forced to face such challenges, these women took it upon themselves to face difficult circumstances and lead a life for themselves and their mutually encouraged families. Some felt more secure in their decision to rebuild their village lives as they felt able to protect and care for their children, Hussein said. 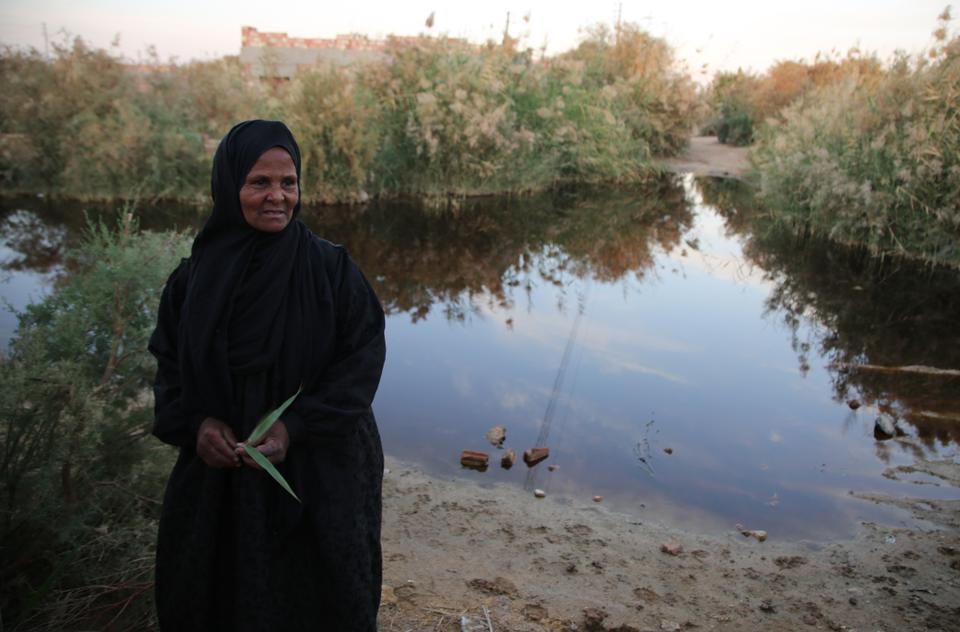 Initially, Hanem was worried about moving to the village, but over time she battled her fears and scraped the job together. She is now struggling because of a lack of basic needs such as clean drinking water. (Solafa Salam / TRTWorld)

65-year-old Saadeya takes a seat near a small pond and reflects on her journey. She came to the village more than 20 years ago and when she paid the government EGP 35,000 for the land it was a barren piece of land, so empty that they had no shelter from the scorching sun until they finished building theirs Houses. The current government has not announced that there will be land or houses for sale in the village, which means that no one has joined the village in a while.

“Everyone [one of us] paid the necessary money to the government. Some women couldn’t afford to borrow from each other or sell everything they owned, livestock or jewelry, ”she clarified.

Over time, the villagers faced many challenges that were overcome through perseverance and patience. Not only did they have to build the village from scratch, but they were also in an area that was constantly threatened by flooding.

According to Karima, who has lived in the village for 14 years, women and children do not have sufficient means of transport. Getting to Edfu can be difficult, especially if they need access to health facilities or need to shop.

She added that since acquiring the land in the late 1990s, 339 divorced and widowed women have joined the village and live with their children. 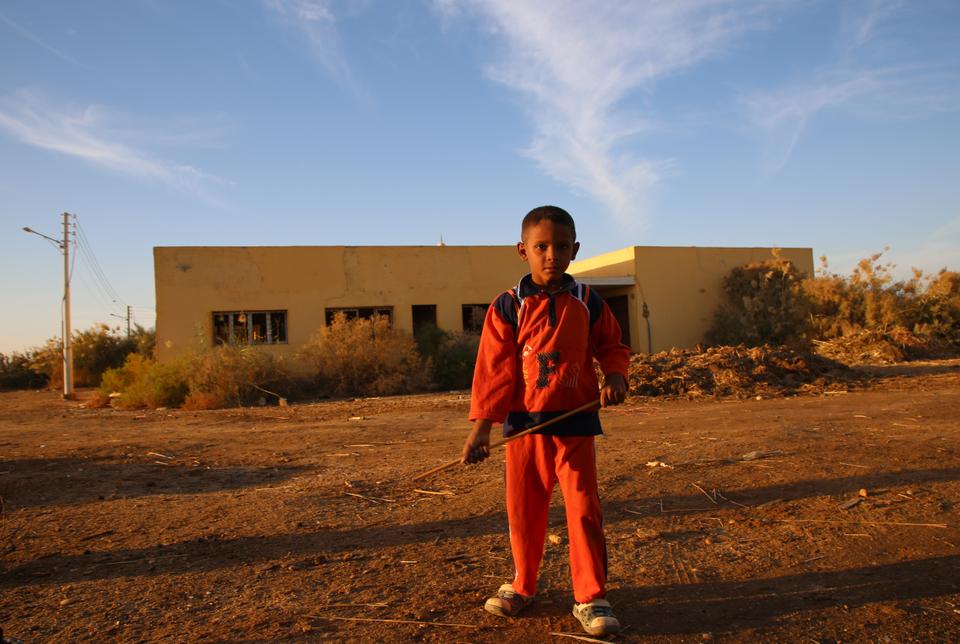 Children in the village have difficulties accessing education due to a lack of transport. (Solafa Salam / TRTWorld)

The jobs can range from farming and pastoral work to running small businesses like grocery stores. The village has a reputation for growing hibiscus, which is then sold in Edfu.

More than 100 children are growing up in the village and helping their mothers with the agriculture and harvest of the hibiscus plants. However, they do not have access to education or health care, mainly due to their social conditions and the inability to travel long distances to attend schools outside the village.

Mahmoud Ali, a 16-year-old student, has to walk 35 km a day to go to school as the one built in the village was closed due to the irregular availability of teachers, which in turn is due to a lack of transportation.

Most teachers live at least 30 km from the village and earn inadequate wages. Ali said his family had an obligation to pay for his education, which increased the financial burden on his mother since his father left them. Eventually the family needed him to get back to work and forced him to drop out of education to add to a daily family income that barely reaches EGP 30 or $ 1.68.

Sixty-year-old Fatma came to the village 17 years ago with two sons and a daughter. Her eldest son, she said, married and left the village with his family because of the poor quality of services there. Her second son was depressed in difficult circumstances. To pay for his sanity, he worked in the fields with wheat and hibiscus.

“We will never be able to adequately meet our food and drink needs due to problems with access to irrigation water that affect our agricultural crops,” Fatma said, adding that they have further difficulties in getting clean water for drinking and showering procure. 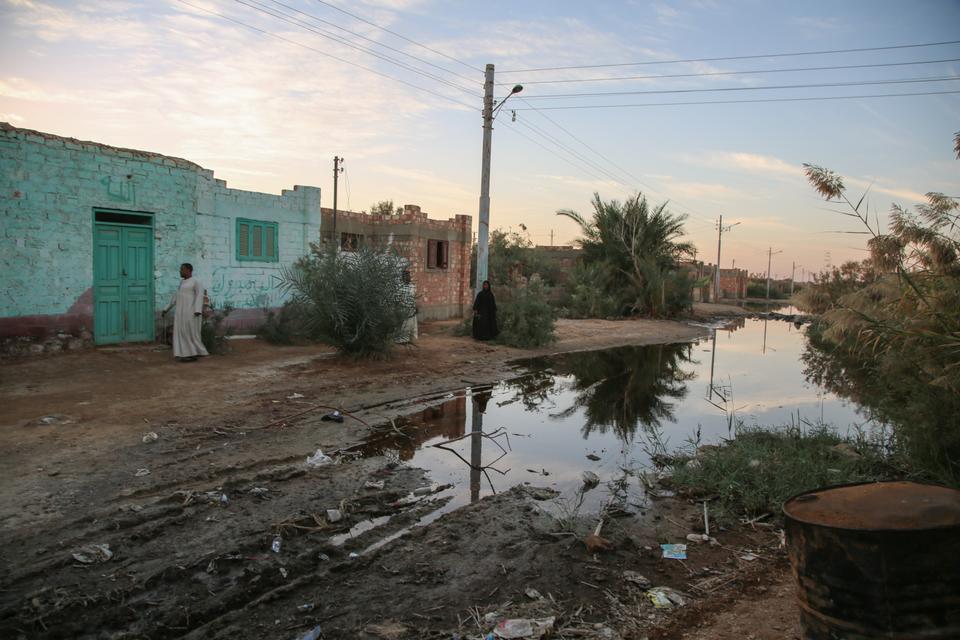 The village has problems with access to clean water and sanitation. (Solafa Salam / TRTWorld)

Samaha was the first village in which the Ministry decided in 1997 to implement a project to encourage women to work in agriculture. The department allocated nearly 303 divorced or widowed women a total of 1,818 feddans (1,887 acres) with an average of 6 feddans (1,887 acres). 6.2 acres) for everyone. This is happening as part of a project for 5,000 other villages, including the villages of Al Shahama, Amr Ibn Alas, Al Iman, Al Ishraf and Al Nemuw.

The Samaha Village Women’s Project was part of the Ministry of Agriculture’s land allocation as part of the Wadi Al Sayyadeh Young Graduate Program with the aim of cultivating 24,000 feddans (24,912 acres) in the area.

Although the government has subsidized the single-story homes of women in Samaha village and allowed them to repay small loans, if they remarry they risk losing their land and homes as they would have violated the village’s living conditions for some it is difficult to find a way out.

Although the Egyptian government originally had good intentions for the project, it has become a trap for the women who currently feel stuck there. The village has been handicapped by government negligence such as lack of safe drinking water, health care, sanitation, and access to transportation and education. It pushed women into a kind of exile. They are now trying to escape whenever they have a chance.