How is South Africa’s digital divide exacerbating inequality in the country?

South Africa cannot shake off the title of the most unequal country in the world, which the World Bank awarded in 2019 and holds to this day.

South Africa’s injustices are now fueling a relatively new form of inequality, namely digital inequality. Digital access and literacy may be a long way off to the reader of this article on our website or app, but for many in South Africa this is a harsh reality that increases the country’s inequality gap.

South Africa’s digital divide can be broken down into three factors: access to hardware, understanding of digital communications, and affordability of the internet. These factors negatively impact two of the country’s best opportunities for development and equality, namely access to education and access to job opportunities.

The pandemic has made matters worse in both areas, with 2.2 million people in the country losing their jobs due to the economic impact of COVID-19 and an estimated 750,000 children dropping out of school for lack of access to distance education. Access to education and the provision of employment can narrow the huge inequality gap in South Africa, but with most things going online, citizens could miss both.

To understand how digital inequality affects the most vulnerable people, we spoke to two experts. First we turned to Dr. Moeti Kgwara, Lecturer at Durban University of Technology and Chief Education Officer at education advisory and training organization MoCPD, to find out how the digital divide is affecting education in South Africa.

We also spoke to University of Cape Town business advisor and lecturer Rowan Spazzoli, who shed light on how digital illiteracy and lack of access are affecting job search in the country. 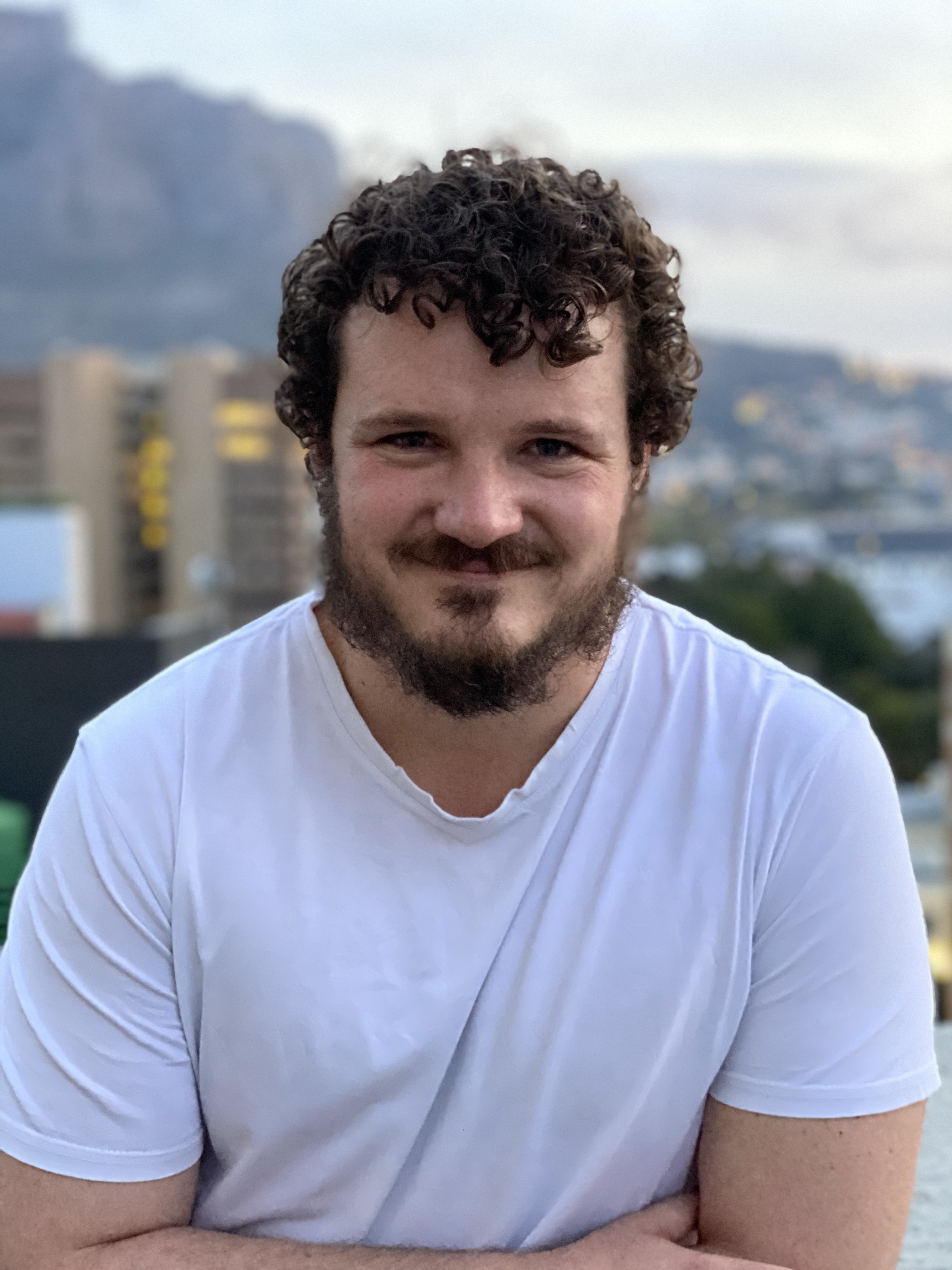 Management consultant and lecturer at the University of Cape Town, Rowan Spazzoli. Delivered.

To what extent do you think the digital divide increases educational inequality in the country?

Moeti Kgwara (MK): When I was working at a university, I realized that the majority of students don’t have access to this equipment, just the equipment – we’re talking about data, we’re talking about electronics. These are laptops, smartphones, or if so, they are not the top smartphones that are able to hold the amount of data or information that they either receive or have to produce for us. Second, the actual access via data or WiFi is a problem. When students in Durban are at university, if they come from rural areas they have access to the internet. When they leave campus we are still digital at university, but in the places where they are they don’t have access to coverage for their phones or any high quality phones at all. As a result, many students lag behind.

What first-hand encounters did you draw attention to the need to bridge South Africa’s digital divide?

MK: For the past year I’ve been teaching research methodology to a group of advanced students, and some of them I’ve never seen. COVID-19 just hit us when I started teaching them so I spent a year teaching online. I had a grade of 88, but at no time have I had more than 32 in that grade. I had to record some of my lessons and send them to the students, but some of them never got access to them. Just to give you an example, they’d be using these affordable R400 – R500 smartphones (about $ 30) that require you to delete an image to save a new one – imagine a lecture of two Hours is sent? the? You wouldn’t be able to access it.

I recently had a job where I wanted them to record video, a short two minute clip. Out of a class of 25 I got only five because when what happened in KwaZulu Natal happened, [civil unrest and looting across the province] most of the students went home, and only those who stayed on campus were able to send video because of the wifi access, the rest not.

What has the digital divide done for student success rates?

MK: I ended up having a 60% success rate last year, but I can really say that if it had been face-to-face or if I had taught them, I wouldn’t have set the type of assessments I made. I’m not going to say that I made it easy for them, but I can’t compare what they had to last year [pre-COVID]where I could stand in front of them and teach them very difficult and deep things. The success rate wasn’t that good, and even those who passed, I don’t think they will be able to stand up from where they stand and confidently say, “I know how to research because I’m in this class” . . ”They may need to do a refresher when things get better or when they have better access to information.

Are there any measures taken by the university or the government to improve access to digital resources?

MK: The university is really trying. You have given access to many students, those on NSFAS (the National Student Financial Aid Scheme) and those on low incomes but unable to receive NSFAS, who have received some form of loan or scholarship to get laptops, and they provide data to the students. The question becomes where do the students live. If they were on campus everything would be fine, but they are in places where they don’t necessarily have access to the internet, and that’s basically a problem for the country, and not necessarily for the institution itself.

What can the country do to improve digital access?

MK: Improving infrastructure, infrastructure that covers places that are outliers. That’s what I think the government can do; improve WiFi access, improve coverage by accessing the internet and just make sure that the people who live there also have very good cellphone and internet coverage in most places in the country. In addition, data is expensive and that has to change.

Government action is needed to bring down the price of data. I think it all starts there. Currently we have no way of subsidizing data from the government as citizens. If the state could either subsidize or ensure that private providers of data and internet make it more affordable, I think that would be something. There has to be a directive from the government telling these people to give us a better price.

Why is ending digital inequality so important to the future of education?

MK: We don’t know what the future holds, and when you look at how expensive things get every year, for example for students, just having to move out of the apartment to get an apartment or a place to live in the city, It is so expensive that when we achieve better digital coverage we can teach anywhere and they can learn anywhere.

I believe that if the digital divide could be bridged, we wouldn’t have to move the way we normally do. People might be able to multimode, and by that I mean, either be trained physically or be on-site digitally. This would actually translate into a ton of cost savings in the long run, especially for those who cannot afford it, and better lives for everyone.

How has the digital divide increased inequality in the world of work?

Rowan brushes: Since we’re locked down, the jobs that are digitally enabled are usually the higher paying jobs that require access to a computer. Many opportunities are becoming more available online, and opportunity growth is less evolving when it comes to opportunities outside of the digital landscape.

To what extent does digital illiteracy form a barrier between the unemployed and their future employment?

RS: This is a big problem. In essence, digital illiteracy means that access to finding jobs that may be available through online opportunities, such as online platforms, instantly becomes something to be cut off from and once that happens it becomes almost restricted Number of jobs you have access to. Digital illiteracy makes it difficult for people to access potential employment.

Second, your resume is traditionally often mailed or dropped off at an office, and when you work in a remote or digital world it just doesn’t happen that often. I know there are some organizations like Silulo, an internet cafe company run by Luvuyo Rani – one of the most incredible social entrepreneurs – and they have tried to train people and teach them digital skills so that they can use the internet -Café services to submit their résumés and also help them put together their résumé.

What immediate action can South Africa take to bridge the digital divide?

RS: A big one would be the support from organizations working in this field like Silulo, various tech incubators like Bandwidth Barn in Khayelitsha trying to make the internet and digital space accessible to entrepreneurs, and even various specialized academies. I would say the first part is the support of the competence training, i.e. the support of organizations that [teach] the second way to reduce data costs and internet connection costs. With data costs so high, it is actually more expensive for someone to access the Internet with a mobile phone than with a landline connection. Providing free WiFi services and providing inexpensive data is, in my opinion, essential to bridging the digital divide.

Skills are important, access to data is important, or cheaper data or a cheaper connection to the Internet. I know there is an organization called Qwili that is trying to do this to provide cheaper equipment.

My greatest benefit to having access to digital spaces is that it instantly expands the world of possibilities that are available to a person. The more you offer access to digital skills and online situations, and the more we develop software that appeals to people in a way that makes online spaces more accessible to them, the more we can level the playing field and make it a more even floor.

You can join the Global Citizen Live Poverty Reduction Campaign by taking your action here and becoming part of a movement fueled by citizens around the world who work with governments, businesses and philanthropists to take action to create change to effect.