“I am not ashamed that I am wearing a uniform”: The 50-year-old woman in Nigeria enrolls in school

Shade Ajayi had never set foot in a classroom until middle age. The 50-year-old businesswoman is happily learning to read and write with students who are almost four decades younger than her.

She dons the pink dress and bonnet that makes up her uniform and joins hundreds of similarly dressed students at a school in Ilorin, Kwara State, Nigeria.

“I am not ashamed that I am wearing a uniform,” she said.

Shade Ajayi, 50, is assisted by a teacher at Ilorin High School in Ilorin, Kwara State. (REUTERS)

As a child, she worked in her aunt’s shop instead of going to school. She now runs her own business that makes and sells purses and bags, but believes her inability to read or write is holding her back.

Ajayi signed up for school last year only to be closed because of the coronavirus pandemic. But the schools reopened in January and Ajayi finally got her chance. 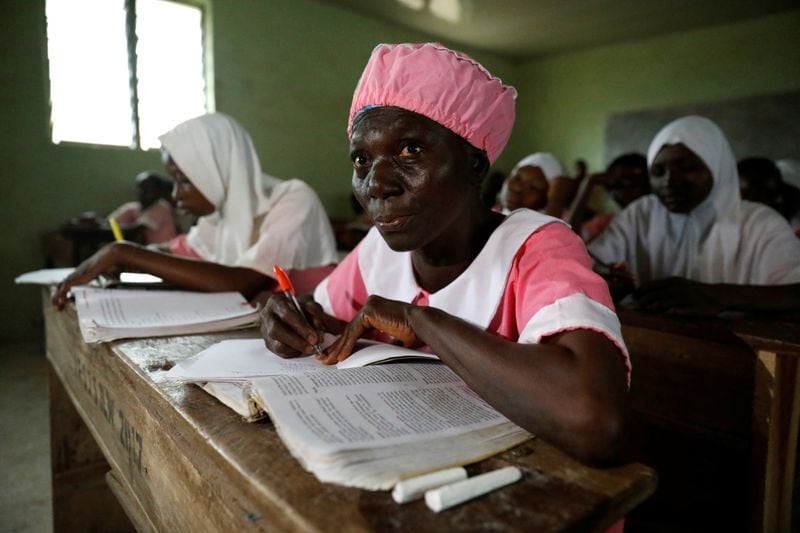 She is seated at a wooden desk surrounded by students aged 11 to 13 and politely raises her hand to answer questions.

“She was good with them: playing together, talking together and discussing things together,” he said.

It was difficult to reconcile school and work and to deal with the stigma. Her daughter Shola Adeboye said she was initially embarrassed that her mother was going to school next to children, but stopped by later.

“She always wanted to be educated, but couldn’t (until now),” said Adeboye sympathetically. 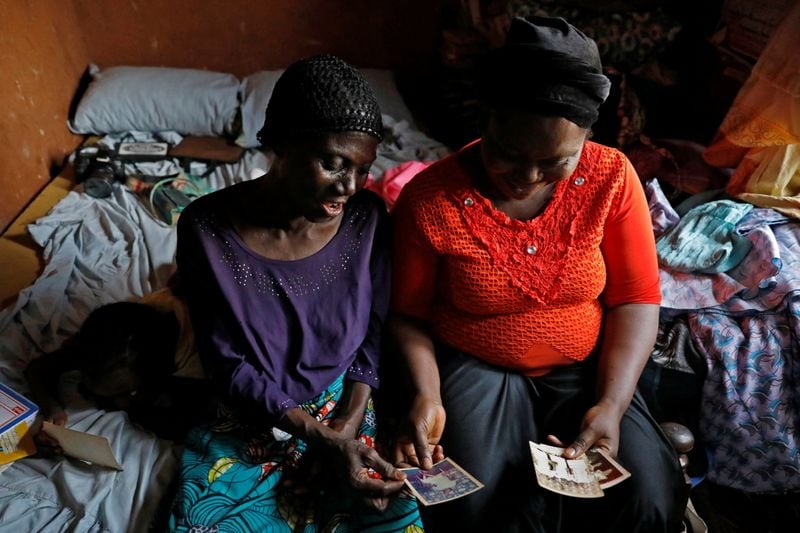 Shade Ajayi, 50, shows her daughter Shola Adeboye old photos of herself at her home in Ilorin, Kwara State, Nigeria. (REUTERS)

Ajayi still makes bags and purses after class ends at 4 p.m., and an apprentice looks after her clients during school hours.

She intends to continue her education for another four years and says this will help her business. Shade Ajayi, 50, buys thread for her bag-making from a store in Ilorin, Kwara State. (REUTERS)

“The people around me can read and write and do well in their businesses,” said Ajayi.

And of those who might make fun of her efforts, she said, “It is my duty not to pay attention to what they say.”

South Africa Can Learn A Few Governance Tricks From Can …