The majority of South Africans are unable to afford daily bread, basic sanitation, decent housing and the resources to seek and find work, and they are disempowered from participating in the economy. With more than half the population living on less than R1 335 per month, many cannot afford to meet their food needs — while 10% of the population owns 90% of the wealth. The inequalities in South Are are a ticking time bomb, and if South Africans keep starving at this rate, it is likely that they will one day eat the rich.

A recent study from the Applied Development Research Solutions (ADRS) led by Chief Economic Modeler and Director Dr Ashgar Adelzadeh revealed what many already know: that the tax burden has significantly benefited the country’s wealthy class at the expense of the majority. The taxable income of affluent individuals has declined since 1995 instead of increasing at the rate of inflation to help the government increase its revenue in order to meet the basic needs and services of all its citizens.

The redistribution of wealth will not take place for as long as the rich do not pay their due to the state, in order for the state to have enough revenue to maintain conditions that enable all citizens to participate in the nation’s economic, civic and social activities .

Instead of cutting budgets on key departments such as health, education and sanitation, the government must adopt a fair way of increasing tax revenue and investing that income towards improving the lives of its people, not to deteriorate the quality of life by cutting down on key government spending. 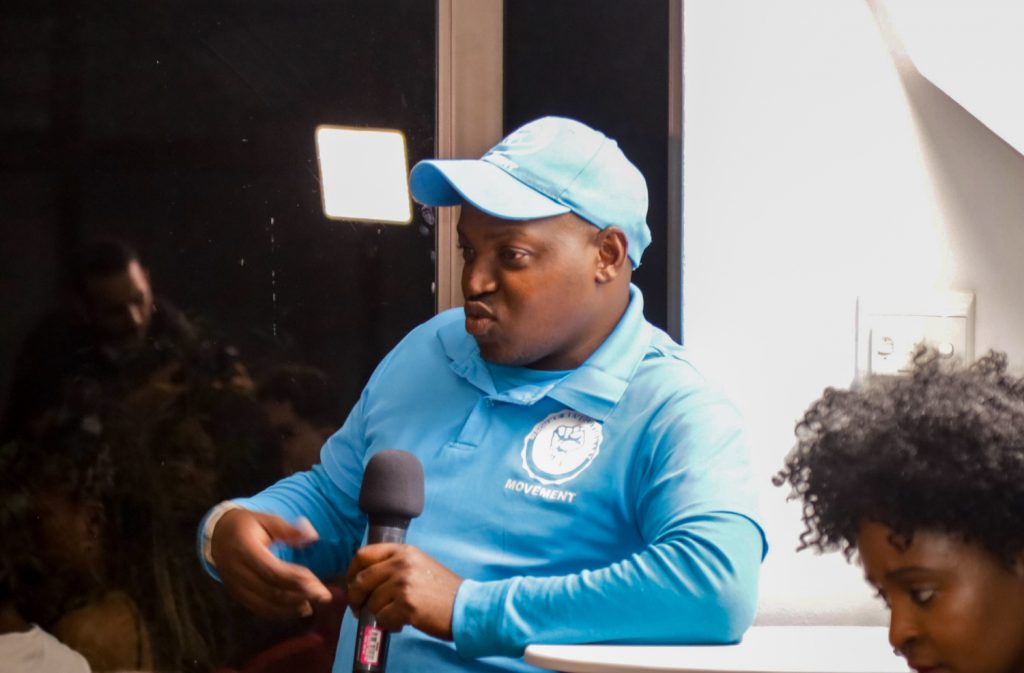 A member of the Orange Farm Sisonke Revolutionary Movement has his say about social grants.

Minister of Social Development Lindiwe Zulu was on the panel on the introduction of the universal basic income grant organized by Rosa Luxemburg Stiftung South Africa in collaboration with the Mail & Guardian and the AIDC. She sat alongside Princess Majola from the Assembly of the Unemployed, and Dominic Brown from the AIDC, in a dialogue facilitated by Zikhona Ntshona. The minister said that the rich must be grateful for the peace, security and stability that exists amid strong inequalities, and that they must see their contribution towards a universal basic income as a way of maintaining peace for the injustice of inequality.

“I don’t believe this country cannot afford to feed its people. This country has enough. This country’s problem is the difference between the rich and the poor, and we can afford to implement this basic income grant,” said Zulu.

Zikhona Ntshona noted that as a journalist reporting on the devastation of the pandemic she has seen first-hand how the temporary Social Relief of Distress grant of R350 can help a family and the access it can give them, especially to children and women. 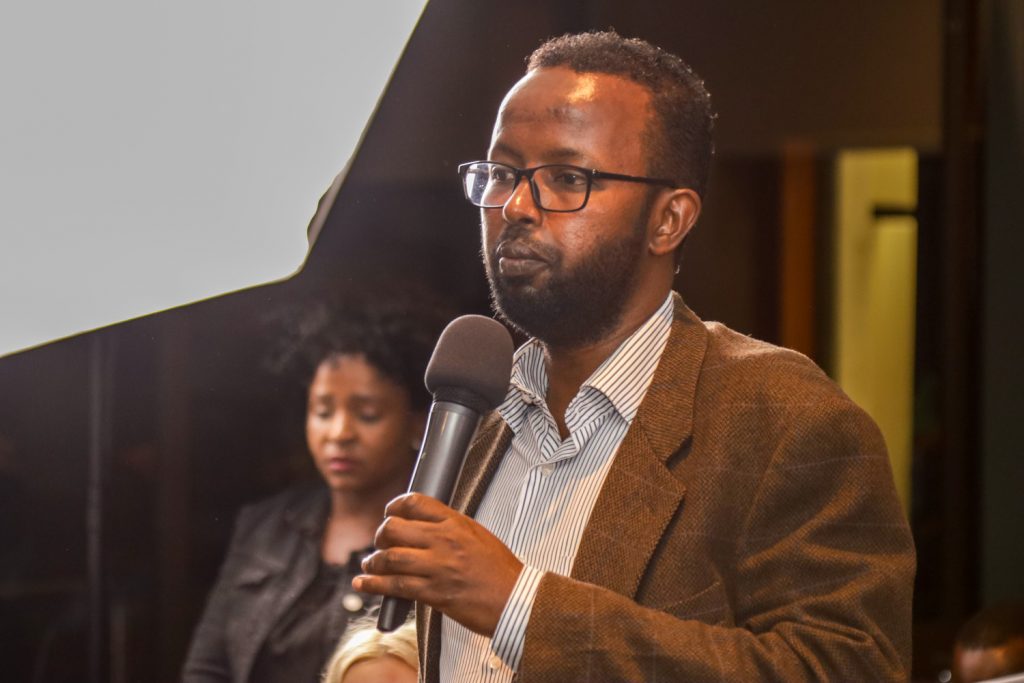 “Young people were able to expand their local businesses selling sweets and scones, others were able to start businesses from scratch, like a group of ladies who started selling vetkoeks. Young people have also used that money to print CVs, to go to internet cafés and to do other things to help them get jobs. The grant has also given many women the dignity of being able to buy themselves sanitary towels.”

Majola lamented that for a mother of two, she would need to buy food for her children first with the R350 before she could buy herself sanitary towels, and even then, the cheapest meal she could afford is mere chicken dust, which isn’t very nutritious. Another complained that the R350 couldn’t even afford them a loaf for each day of the day. “Living in South Africa is becoming a nightmare,” said Majola.

The nightmare was revealed in reports by the Door of Hope’s Children Mission, stating that more than 141 children were abandoned during the lockdown because mothers just couldn’t afford to feed them. “Women are fighting for paid labour, which is also GBV,” said Majola, who went on to say, “let us not be a charity case. Let us not be given scraps.”

Speaking about where the resources can be found for financing a basic income grant, Brown argued for an increase in the tax-to-GDP ratio. Besides restoring effective personal income tax rates to early 2000 levels, which could raise an extra R160 billion each year, Brown highlighted the important need to introduce a progressive net wealth tax of between 3% and 7% on the top 1%.

The R350 grant is a stepping stone and a test sample of the universal basic income that would not have the means test, said Zulu. “I went back to the committee that started the policy paper on the universal basic income grant, and it was a tough one to go through. We took it to parliament, the public and the president. The president said this is not a question to be asked; it is about the modalities for how we get to implement it.

“Our government was able to come up with this money out of nowhere. It was extended for the second and third time. We can implement this basic income grant, but let this not just be a fight for the department of social development alone,” said Zulu, who noted that the need for the basic income grant became more urgent and apparent as a result of the pandemic. It was only during the pandemic that the minister discovered that there was a policy paper in the pipeline for the grant.

It came up from several members in the audience whether the universal basic income grant would indeed be universal, or if people would have to be subjected to means tests in order to qualify, as was done with the temporary Social Relief of Distress grant, where individuals earning more than R664 or earning other grants would not qualify. 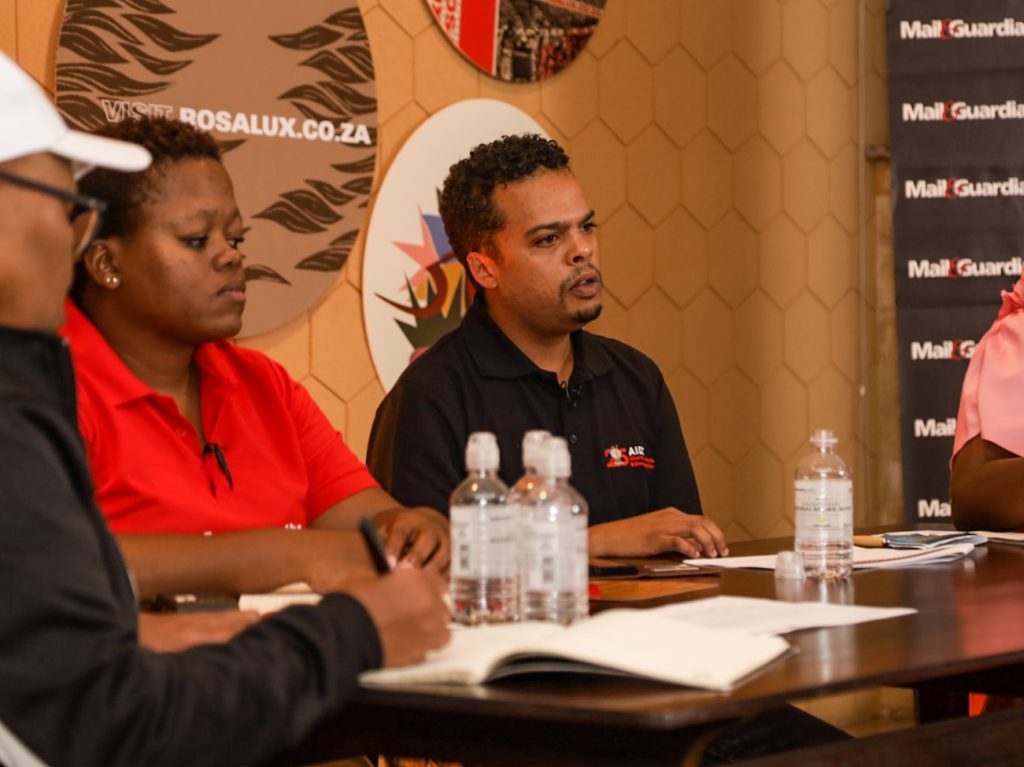 Princess Majola and Dominic Brown engaged in the panel discussion.

His sentiment was echoed by the Deputy Director General for Comprehensive Social Security at the Department of Social Development, Brenda Sibeko.

“We want to remove the means test. The current legislation does make provisions for a basic income grant. The social assistance act must be amended to add the basic income grant. It will take time before parliament agrees and treasure allocates the budget. The R350 is used to set the systems up. The people who support the acts are often without the means to travel to parliament or to attend public hearings. Make your voice heard and help us push this through to become legislation,” said Sibeko.

A universal basic income will enhance the economy by enabling more money to circulate among people, and it will empower the people to create or find meaningful work instead of worrying about water, food and hygiene and other basic services that prevent them from contributing towards the economy .

According to AIDC, a progressive net wealth tax of between 3% and 7% on the top 1% of the richest people in the country could raise more than R143 billion in revenue each year, which would cover most of the cost for a universal basic income grant. “It seems to me that it is not a matter of whether or not the government has the money to implement, it is a question of the integrity of our government and its willingness to allocate funds to make it happen,” said Brown.

The Financial Intelligence Center estimates that South Africa loses between $15 billion and $25 billion annually due to illicit financial flows.

“Forty percent of our budget is lost to corruption. This means without adding a cent, the government can increase its output by 30-40%,” said former treasury chief procurement officer Kenneth Brown. “We could be building more roads and more schools without even adding more money to the current budget,” he added. 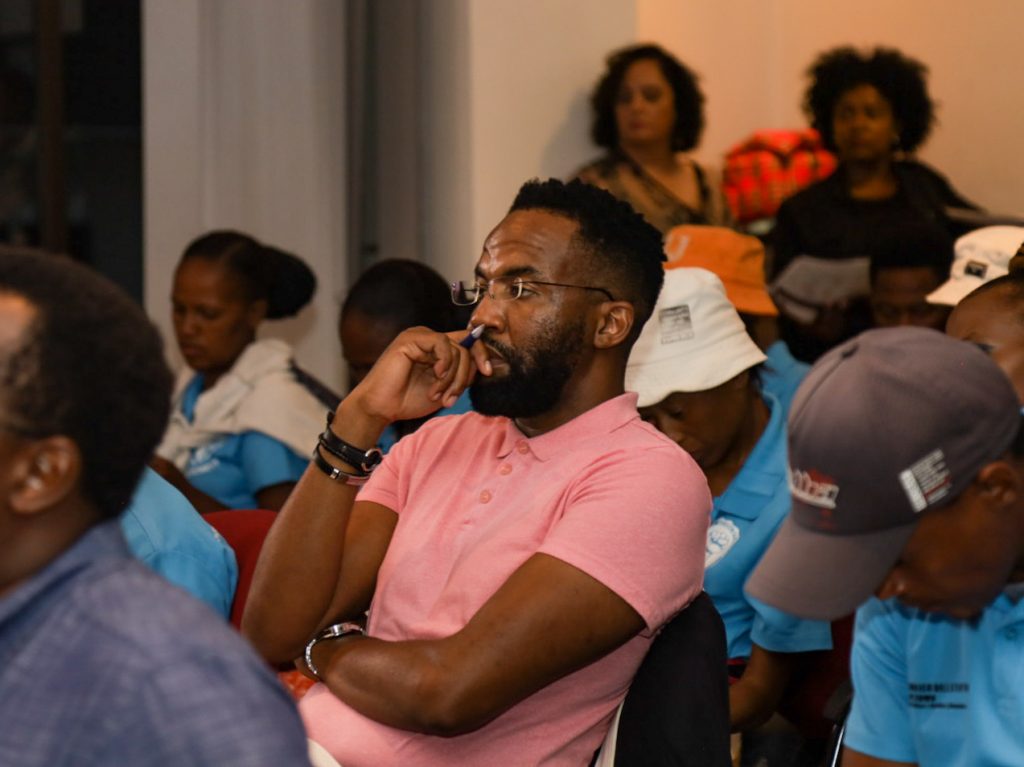 A member of the audience looking thoughtful.

One of the biggest arguments against the universal basic income grant, which was raised by a young entrepreneur in the audience, is that the grant might be creating a country of beggars.

“Don’t tell me about dependency syndrome. The people without jobs didn’t call for it, and they didn’t cause it. This is everyone’s problem,” said Zulu sternly, who went on to add that the private sector was still missing from this conversation because they are one of the first to say that we cannot afford it.

The department is proposing to start the universal basic income grant with a minimum of R663, which is the minimum amount for food security.

With the willingness from government that was demonstrated by Zulu and with many citizens like the Assembly of the Unemployed making their voice heard in advocating for this policy, South Africa can introduce a universal basic income grant which will go a long way toward alleviating poverty.

Welcome Mandla Lishivha is a journalist, researcher and the author of Boy on the Run.

More information on this topic and a recording of this discussion is available at www.rosalux.co.za