The two struck up a conversation over dinner about Alwanga’s efforts to grow football in Kenya and around Africa.

“We’ve kind of kept track of each other over time on social media,” Farley said. “He reached out to me around the first of the year to ask if I might be interested in putting something together to help him out.”

So Farley and several other coaches around Michigan are contributing to a coaches’ manual to help coaches in Kenya pass football knowledge along to their college and high school players.

Farley said he hopes that the end result for coaches in Kenya is that “their level of coaching expertise increases and therefore the level and quality of play in Kenya increases, generating more interest and growing the game around the world.”

Alwanga played at the University of Nairobi and later coached the team. He grew up watching games on TV from the US.

“That inspired me in a way,” he said. “When I was in university I saw there was a team there, so I just went ahead and joined the team. I became more aggressive in the sport, I wanted to learn everything.”

He was part of a team where the coach left after just two weeks. The team wouldn’t have much of a game plan heading into kickoff. So Alwanga started to take on some of those responsibilities, studying the positions and rules, then teaching his teammates.

He has seen, just in the past decade, considerable growth in the game in Kenya, going from one college playing football to seven. However there is still a long way to go.

“Those guys that graduated the past two years from those universities went ahead and formed amateur football clubs,” he said. “We are more organic in everything we do. Some teams have to share equipment. It’s not like there’s a 45-man roster. We have a lot of utility players on each team. Some teams have 27, others have 25 players.”

It was in 2019 that Alwanga went to Orlando to learn from coaches in the US, interacting with a lot of American coaches, including Farley, then the Jackson High coach.

“We are all interested in learning more of the coaching aspect,” Alwanga said. “Football is a complex sport. I wanted to learn as much as I can.”

And they will be learning from a manual put together by Farley and a number of other coaches he reached out to.

Coaches from around the state are chipping in with chapters of their own, breaking things down position by position with instructions on how to run some drills to help develop players in those roles.

The quarterbacks chapter comes from Farley’s own football coach at Western, Nick Rulewicz.

“I’ve coached quarterbacks now for 20-something years, so he said why don’t you focus on traits of a quarterback, what coaches look for in a quarterback,” Rulewicz said. “Intangibles, but also physical aspects of it too. I told him I was honored. How cool is that that we can take an American game, take it over to Kenya and teach those coaches and they can teach players the right way to play the game.”

The major trait Rulewicz hopes coaches will find in quarterbacks in Kenya is selflessness.

The manual will not be so much Xs and Os as it will be about drills coaches can use.

“It isn’t scheme because there are so many schemes and I think for where they’re at in the development it would be overwhelming,” Farley said. “So this is more focused on fundamentals. For each position group what we asked is just a narrative on the position-specific skills and characteristics of skills those players should have, and then a diagram of six or eight simple, fundamental drills.”

A Jackson or Western player might recognize a lot of those drills in the manual from things Farley, Rulewicz and Vikings coach Antonio Parker run during practice. 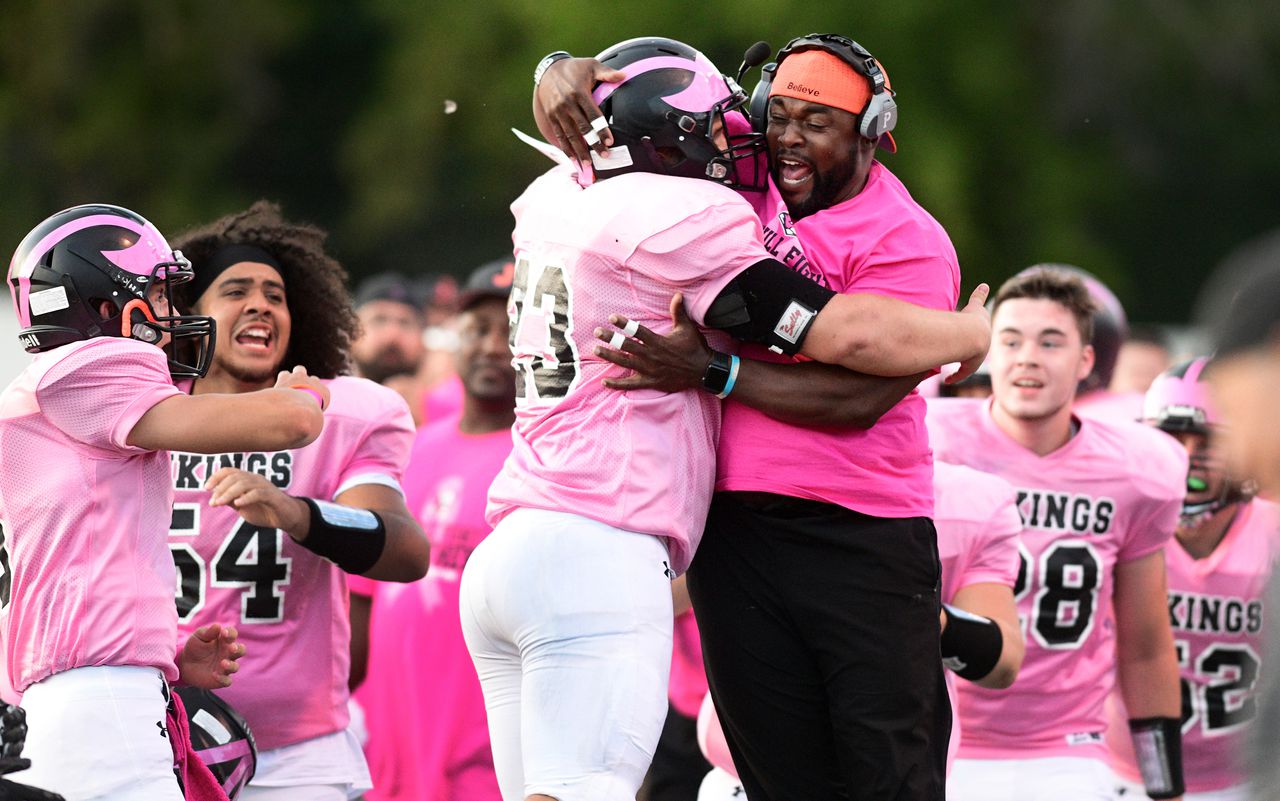 Parker, Farley’s former assistant and now successor as football coach at Jackson, is putting together the chapter on defensive backs.

All of these coaches are used to teach the game to people who grew up with it. Teaching it to a foreign audience who may not have that background offers the coaches a different perspective.

“You’re going from the ground floor,” Parker said. “You’re really trying to go back to basics like little-kid football; starting with your stance, fundamentals, what positions mean, what terminology means.”

Football is certainly still an American game, with over a million high school players alone, tens of thousands of college players, and 1,728 on NFL rosters.

There are not nearly as many in Kenya, but Alwanga hopes that through the university and community teams, both in tackle football and the emerging sport of flag football, that can grow.

“I love soccer. I played it growing up, played in high school, played in college,” Rulewicz said. “I love the game. This game has given me so much, and if I can give the game back anything, I will. It’s a big part of my life and who I am and I’ve learned some valuable life lessons from football.”

Alwanga is hoping that in the coming years a full-fledged high school league will be playing in Kenya, as well as a semi-pro league. He would also like to see Kenya fielding flag football teams on the international stage, such as at the World Games where flag football made its debut this year.

The road map for the future of Kenyan football will be partially written by high school coaches from Michigan.

Farley is looking for some help financially to print the books. Funds can be sent over Venmo to @Scott-Farley-50, code 7556. Anything raised over the $2,000 Farley estimates will be needed to print the book will be donated to football teams in Kenya to help buy equipment.

When will Nigeria outgrow ethnic politics?

Kenya’s iProcure closes $10.2 M in a Series B led by impact investor I&P