Kenya has approved genetically modified organisms (GMOs) and broken free from a decade-long ban on the technology, a move that could trigger a major shift towards evidence-based solutions to agricultural production by leadership in the continent. The stage is now set for the country’s farmers to realize the full benefits of a technology that pundits expect will remarkably boost crop production and augment the livelihoods of thousands across value chains.

On Monday, October 3, 2022, newly-elected President Dr. William Ruto chaired a special meeting of his freshly appointed ministerial cabinet, in which a raft of resolutions was passed, paving way for GMO cultivation and imports into the East African nation.

“Cabinet vacated its earlier decision of 8th November, 2012 prohibiting the open cultivation of genetically modified crops and the importation of food crops and animal feeds produced through biotechnology innovations; effectively lifting the ban on Genetically Modified crops,” reads the despatch from the cabinet meeting convened to assess the progress made in the response to an ongoing drought in the country.

The decision was reached in accordance with the recommendation of a task force that had been assigned to review matters relating to genetically modified foods and food safety. The cabinet also authorized the importation of food crops and animal feeds produced through biotechnology innovations. This marks a phenomenal policy shift in the country’s agriculture sector and highlights the resolve by the new regime to advance science-based solutions in tackling emerging challenges to its agricultural production.

Kenya’s food production has been decelerated by a severe drought that has ravaged 23 out of the country’s 47 counties, billed to be the worst drought in 40 years in the Horn of Africa, affecting atleast 3.1 million Kenyans.

Drought has brought food insecurity to the region. Credit: UNOCHA

Maize production in Kenya has been further hampered by the devastating Fall Army Worm (FAW), a pest first reported in March 2017 in Western Kenya, which has wreaked havoc particularly in the prime cereal growing regions that are considered the bread basket of the country.

The approval of GMOs is expected to fast-track the availing of pest-resistant GMO maize once approved for commercialization, and effectively bring to a halt the crippling losses perennially occasioned by the pest. Scientists have also recommended Bt Maize as a solution to the FAW menace in Kenya.

The government reconsidered the adoption of biotechnology to bolster its crop production after reviewing various expert and technical reports by authoritative bodies that include the NBA, World Health Organization (WHO), the Food and Agriculture Organization (FAO), US’ Food and Drug Administration ( FDA), and the European Food Safety Authority (EFSA).

In effect, this authorizes the open cultivation and importation of white GMO maize, coming at a time when the country is experiencing a biting shortage of the product amid skyrocketing prices of maize flour, the country’s staple.

Kenya’s decision also comes on the heels of a December 2019 cabinet decision that approved the commercialization of Bacillus Thuringiensis (BT) cotton in the country, a genetically enhanced variety of cotton that is resistant against the devastating African Bollworm. Approving Bt cotton cultivation is expected to revamp production of the country’s once vibrant textiles, apparel, feed, and oil industries in a bid to strengthen its industrialization agenda. 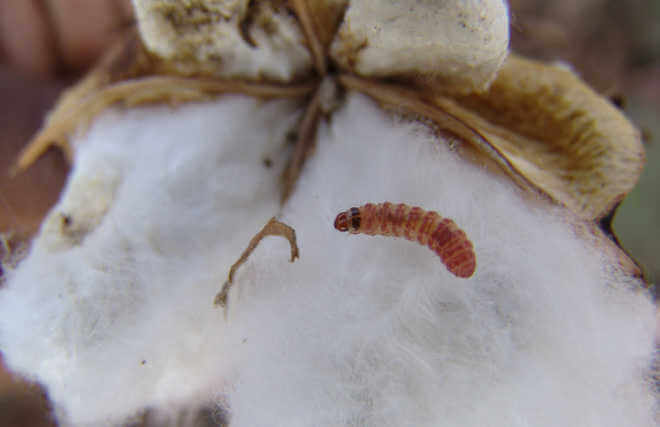 The Kenyan government has also identified drought resistant crops as one of the measures to enable the country adapt to climate change, stated the cabinet despatch.

With this announcement, President Ruto joins a growing list of African heads of state who have expressly endorsed modern biotechnology and GMOs in particular as a tried-and-tested solution to some of the continent’s pressing food security needs. This is similar to the West African nation of Senegal, where two-term President Macky Sall signed a new biosafety law on June 14, 2022 that effectively repealed the 2009 biosecurity law, enabling Senegal to reap maximum benefits from modern biotechnology.

Sall has consistently rooted for science and technology as important tools in enhancing the well-being of the Senegalese people and he has acknowledged that GMOs can help meet current challenges affecting his country and the globe. More recently, the Open Forum on Agricultural Biotechnology (OFAB) feted retired Tanzania president Jakaya Kikwete as one of several African biotechnology heroes. Kikwete was recognized for his role in supporting farmers’ rights to access modern agricultural technologies and innovations.

Vacating the decade-long ban is equal to the last nail in the coffin on the anti-GMO crusade which has frenetically clamored for a GMO-free Kenya. Kenya’s 2012 ban on GMO imports was premised on findings published in a journal by French scientist Eric Seralini claiming that GM maize causes tumors in rats. Various European studies have since fully discredited Seralini’s work. 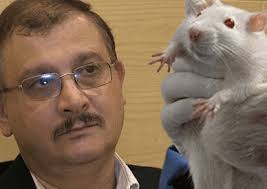 Amid pockets of feeble opposition from anti-GMO skeptics, a cross section of stakeholders including scientists, farmer leaders and the general public welcomed the new development, seen as a timely intervention into Kenya’s flailing agricultural production, citing it as a sign that the president is going to use evidence generated by local scientists. The Alliance is working with other advocacy partners in the country, OFAB and AATF to counter any misinformation that may be triggered by this announcement.

dr Joseph Maina is a Senior Lecturer in the Department of Earth and Environmental Sciences at Macquarie University. Joseph’s ultimate goals are to understand and predict the impacts of environmental variability and change on social and ecological systems at local and global scales to support spatial planning & management.

KHN’s ‘What the Health?’: Finally Fixing the ‘Family Glitch’