Kenya Extradites Second Most Wanted Drug Criminal To US

In a statement by the DCI boss George Kinoti on September 4, Husein was extradited following an order granted by Milimani Chief Magistrate Roseline Aganyo on August 31.

Ahmed is wanted in the US after he was charged in an indictment alongside Moazu Kromah, aka “Ayoub,” aka “Ayuba,” aka “Kampala Man;” Amara Cherif, aka “Bamba Issiaka;” and Mansur Mohamed Surur, aka “Mansour,” for participating in a conspiracy to traffic in Rhinoceros horns and Elephant ivory, both protected wildlife species, valued at more than Ksh842 million.

This involved the illegal poaching of more than 35 rhinoceros and more than 100 elephants.

“Abdi Husein was extradited following orders issued by Hon Roseline Aganyo, at the Milimani Chief Magistrate’s Court on August 31, 2022, pursuant to provisions of Section 8 of the extradition act,” DCI stated.

DCI boss George Kinoti during a presser on September 4, 2022

According to the DCI, their indictment followed a joint investigation of the US Fish and Wildlife Service (USFWS) and the Drug Enforcement Administration (DEA), where a federal grand jury in the Southern District of New York, charged Ahmed and his other co- conspirators with conspiracy to distribute and possess with intent to distribute one kilogram or more of heroin, which carries a mandatory minimum sentence of 10 years’ imprisonment.

According to the indictment in a case currently being handled by US District Judge Gregory H. Woods, Kromah aged 49, Cherif, 54, Surur, 59, and Ahmed, 56. They were members of a transnational criminal enterprise based in Uganda and surrounding countries that was engaged in the large-scale trafficking and smuggling of rhinoceros horns and elephant ivory, both protected wildlife species.

Ahmed was arrested by the detectives on August 3 in an early morning raid in Maua, Meru County, where he was staying in a rented room.

This was after they received a tip from members of the public on May 31 a week after a Ksh120 million bounty was placed on their head.

From December 2012 through May 2019, Ahmed and his co conspirators conspired to transport, distribute, sell and smuggle at least approximately 190 kilograms of rhinoceros horns and at least 10 tons of elephant ivory from various countries in East Africa, including Kenya, Uganda, the Democratic Republic of the Congo, Guinea, Mozambique, Senegal and Tanzania, to buyers located in the United States and countries in Southeast Asia.

The prosecution of this case is being handled by the US Attorney’s Office’s Complex Frauds and Cybercrime Unit. Assistant US Attorneys Sagar K. Ravi and Jarrod L. Schaeffer are in charge of the prosecution. 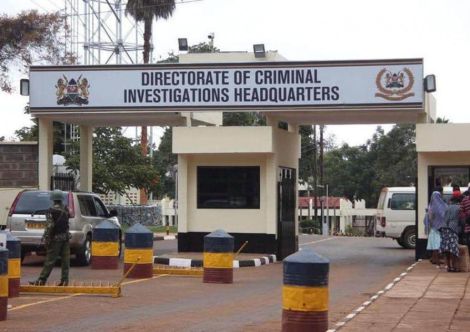 Nigeria will recover under my husband