A herd of wildebeest can be seen in Amboseli National Park in Kenya on June 16, 2019. (Photo: Xinhua) 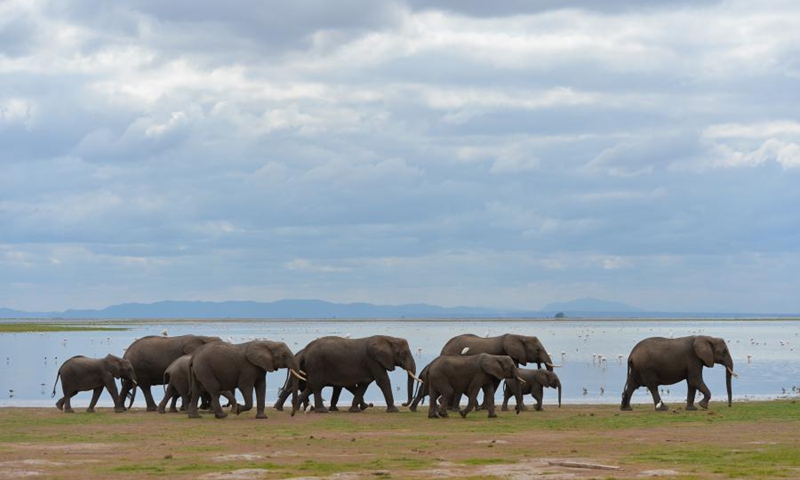 Kenya launched a three-month national wildlife census on Friday, the results of which will impact conservation programs for iconic species that address climatic and man-made threats.

Cabinet Secretary for Tourism and Wildlife Najib Balala said the first Kenya census will allow the government to get accurate data on wildlife resources such as giant land mammals, carnivores and marine life.

“The census will use globally recognized methods to obtain accurate data on wildlife resources in the country and mitigate future threats to their survival,” said Balala during the televised census start in Shimba Hills in the coastal Kwale district.

He said the census, which will use state-of-the-art satellite technology, was funded by the government with 250 million shillings (about $ 2.34 million).

It will strengthen the evidence-based management of cult species, which are an integral part of Kenyan heritage and contribute to the treasury through tourism, Balala said.

“We want accurate data on wildlife populations in the country to support effective conservation in the face of challenges such as climate change, changing land use practices and competition with agriculture,” he said.

Data-driven interventions are key to minimizing human-animal conflicts, which have emerged as serious threats to the survival of cult species such as elephants, rhinos and lions, Balala said.

Census data will help Kenya review existing conservation models, strike a balance between livelihood and conservation, and conduct censuses in protected areas such as forests, marine ecosystems and rivers.

Fred Segor, chief secretary of the State Department of Wildlife, said the census will help determine the exact population of wildlife species, their distribution, economic value and emerging threats.

The government is required by law to periodically update wildlife population data to reinforce conservation efforts, he said.

According to the Kenya Wildlife Service, the census counts land, freshwater, marine mammals, key birds, endangered primates, and reptiles in the country’s 47 counties, whose abundant wildlife resource is one of the main economic pillars.