TReflection time becomes a precious luxury for the British & Irish Lions as they enter the most hectic phase of their South Africa tour. On Monday they will name the team for their first midweek game against the Haie on Wednesday and by Saturday week they will have played five games in three cities within a fortnight.

Even those who impressed at the 56:14 opener on Saturday against the Sigma Lions from Johannesburg in Ellis Park know how quickly perceptions can change. With everyone yet to start a game, Warren Gatland has already made it clear that it is too early to make selection decisions for the first Test against the Springboks on July 24th.

However, no one can deny that Josh Adams and Hamish Watson both made strong arguments for including the test team on the left and openside flanker, respectively, while Courtney Lawes also set a sizable marker. Even at this distance, it seems like the Lions would be interested in picking a big number 6 to bolster their lineup options, and it’s far from impossible that Lawes and Irishman Tadhg Beirne could both start on the same team.

Josh Navidi, Tom Curry and Sam Simmonds are ready to form a new combination from the back row against the Sharks, with only Irish center Robbie Henshaw being unavailable due to a slight Achilles tendon strain. Competition for spots is set to intensify over the next two weeks, and another brilliant appearance in Henshaw’s absence from Elliot Daly, a likely starter against the Sharks, could offer management another potential option to consider. 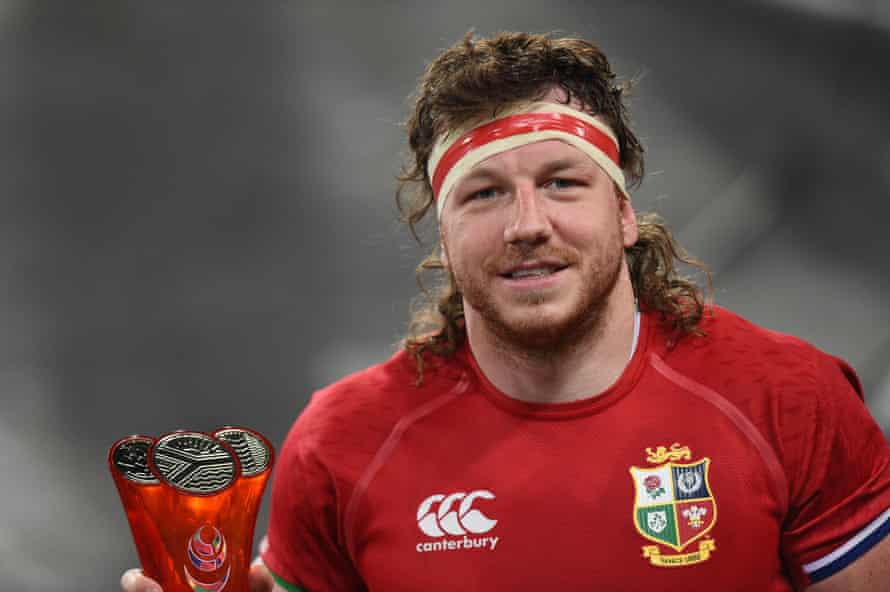 Everyone involved would love to start as smoothly as 26-year-old Adams, who has gone through a personal roller coaster phase to record five attempts in his first two Lions appearances. It wasn’t until February that he was pulled out of the Wales roster for violating Covid regulations to attend a family reunion celebrating the pregnancy of his fiancée Georgia. Since then, Wales has won the Six Nations title, it made an instant Lions impression and the couple’s first child will be born in less than a fortnight.

The Cardiff Wing has already dedicated its first four-try-ha to its family – “Everything I do out here, all the hard work I put in is at home for them” – and made the mutual decision that he should leave the tour regardless of the impending newcomer. His only concern was that the excitement of Saturday’s game could result in the baby arriving earlier than planned. “Georgia spoke to me after the game and I said, ‘Look, don’t jump around too much.’ We want to hold back a little. “

Assuming that the still sharply increasing Covid-19 infection rates in Gauteng do not affect the schedule of the tour, he also hopes to make a few more attempts before the end of the tour as he is already the best try-scorer at the Rugby World Cup 2019 was. “A winger is like a striker in football – it’s my job to try and score. There are other aspects of the game that are critically important, but once you have a run you work the hardest you can to keep it going. I didn’t have to do much for one or two, but you have to be in the right place at the right time, I think. “

When it comes to securing a berth in the test team, however, he remains philosophical. “You can only do what you can when you have the chance. We always say before going out that there is no point in doing it unless you are going to enjoy the moment. It’s a special occasion for everyone, whether you’ve played for the Lions nine times and toured three times, or it’s your first time. When you play with a smile on your face, you are usually playing good stuff. We definitely did that sometimes. “

In support of the ban on open grazing in southern Nigeria