Lions Player Ratings: How The Tourists Fared On The South Africa Series | British and Irish lions

Stuart Hogg (Exeter), Scotland) Excited to have the test team – finally – on their third Lions tour. Unfortunately, I will not remember the second test with massive joy. ★★

Anthony Watson (Bath, England) Looked sharp in the provincial games but had limited impact in the first two tests. Not the easiest streak to be a winger. ★★

Liam Williams (Scarlet, Wales) Finally picked to start the final test and had his moments without being at his best. His decision not to switch to the unmarked Josh Adams was a series defining moment. ★★

Josh Adams (Cardiff, Wales) Torn it up in the provincial games and earned its test selection. First lion to see the birth of his first child over the Internet. ★★★

Elliot Daly (Saracens, England) If he had made it onto the field in the last test, he would have been in every Tour game. He and Jamie George spent almost as much time making coffee for the boys. ★★★

Chris Harris (Gloucester, Scotland) Justified his tour selection and was rightly selected for the second test. Not his fault that he barely got a passport. ★★★

Robbie Henshaw (Leinster, Ireland) The touring team couldn’t get enough of the crowd, but after getting over sore muscles, downtown Leinster was the most consistent Lions three-fourths of the Lions. ★★★★

Bundee Aki (Connacht.), Ireland) The Lions could never quite commit to their ideal midfield. Aki and Henshaw were their most dangerous attack combination, after all. ★★★

Duhan van der Merwe (Worcester), Scotland) By no means perfect, but underlined in the third test why Gatland chose it. Physically stood against anything thrown at him. ★★★

Dan Biggar (Northampton), Wales) Great communicator and a Gatland favorite who started all three tests. But would a more positive game schedule have led to a better series result? ★★★

Owen Farrell (Saracens, England) The English captain would have hoped to play a much bigger role on the field. Tireless team man as always, but his omission in the third test team will have stung. ★★ 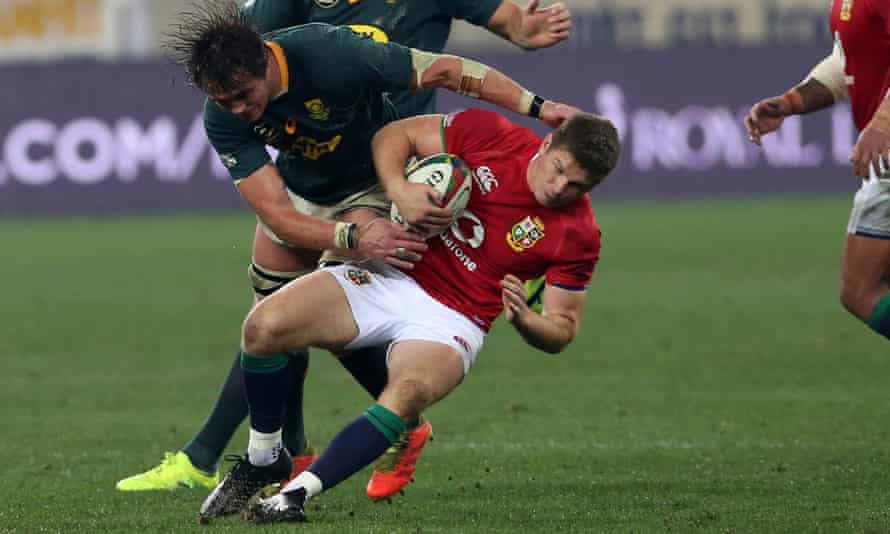 Finn Russell (Racing 92, Scotland) Selected to add something different and showed its range of capabilities in the final test. Also scored its goals and was almost the star of the entire show on Saturday. ★★★

Ali Price (Glasgow.), Scotland) Perhaps the emerging history of the tour. Flew out as the likely number three Scrum half, only to establish himself as the undisputed number one. ★★★

Conor Murray (Munster), Ireland) More ups and downs than a busy fairground attraction. Expected to be a Lions chief conductor, but too often struggled to pick up the pace. ★★

Luke Cowan-Dickie (Exeter), England) A constant ball of dynamic energy and deserves to start the first two tests. Scorer in either of the Lions’ two attempts in the series. ★★★

Ken Owens (Scarlet, Wales) “The Sheriff” was the Lions’ other test scorer and, as always, put his body on the line. Did well keeping Jamie George out of the 23 for the entire series. ★★★

Wyn Jones (Scarlet, Wales) It’s a shame the injury limited the Welsh farmer’s efforts. Was excellent against South Africa’s “A-Team” and the Lions scrum was always better for its presence. ★★★

Mako Vunipola (Saracens, England) Backfit and firing, he contributed a lot during his time on the field. Had he not been held over the line on Saturday, the Lions might have won the series. ★★★

Tadhg Furlong (Leinster.), Ireland) Absolutely solid and an important member of a pack of Lions that has never lacked in spirit. DJ skills, along with Tom Curry, apparently still have to be worked on. ★★★★

Kyle Sinckler (Bristol.), England) Showed why it should have been an original choice for the tour. One day he will win one final decision against South Africa. ★★★

Maro Itoje (Saracens, England) Probably the best Lions player on tour. Stand head to toe with the great springbok strikers and reappeared with an improved reputation. ★★★★ 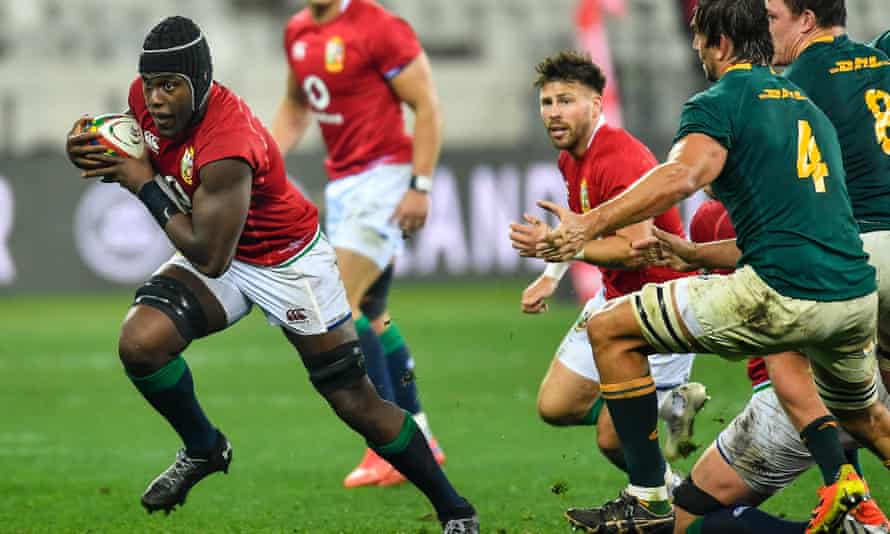 Alun Wyn Jones – Captain (Ospreys, Wales) Receives an extra star simply for returning from his alleged injury at the end of the tour. Has led his side well and will be absolutely disappointed with the series result. ★★★★

Adam Beard (Ospreys, Wales) Another belated call-up who took his chance with both hands. Close to the start of the first test and deserve South Africa’s full respect. ★★★

Tadhg Beirne (Münster, Ireland) Unlucky not to play anymore, but the competition in his position was particularly tough. The less suffocating final test might just have suited him. ★★★

Courtney Lawes (Northampton), England) Another to start all three tests and add to the Lions lineout options. If someone deserves a lounger stay, then it does. ★★★

Tom Curry (Sales), England) It’s easy to forget that Curry has only just turned 23. He has to reduce the number of penalties but a good bet to be England’s next captain. ★★★

Hamish Watson (Edinburgh, Scotland) The Six Nations player of the tournament had to sit patiently behind Tom Curry. Lucky not to be shown a yellow card in the first test. ★★

Taulupe Faletau (Bath, Wales) The ghost remains willing, but the hugely influential, dynamic Leo of 2013 and 2017 has barely been sighted. Not selected to start any of the test matches. ★★

Sam Simmonds (Exeter), England) It would have been nice to see him on the pitch from the start on Saturday. The fastest striker on both sides. ★★★