the Grow Great campaign, as part of the DG Murray Trust, is working to reduce and eradicate the high incidence of stunting in South Africa and on Thursday hosted its Zero Stunting Now! Summit.

Opening the summit, DG Murray Trust CEO David Harrison said the President had been invited but was not available and the Presidency referred the trust to the social development minister.

“Minister Lindiwe Zulu has a critical role to play in social relief distress and hunger. Over a fifth of respondents to the household survey in 2021 said that household access to food had been inadequate in the past month. That figure declined by 25% in 2011 to just under 20% in 2019. The problem is not just that food is insufficient, but not knowing how and when you will next be able to feed your family which creates stress and despair among parents.”

Malnutrition in pregnant mothers is likely to result in malnutrition and stunting in their children as well. (Photo: Gallo Images / Brenton Geach)

Harrison said stunting was the slow and gradual depletion of a child’s potential and it was also a leading indicator of the future of our country, and how much of that future potential was being “leached away” as a result of stunting.

read in Daily Maverick: “Stop the stunting — it takes a village to help mothers and children to flourish”

Harrison says that in 2008, Peru had a stunting rate of 28%, roughly similar to South Africa in 2016, but by 2016 had reduced this to 13% using a package of targeted interventions, one of which was the inclusion and spotlighting of the issue in political campaigns.

Research showed that food-deprived mothers were five times more likely to report depression and suicidality, therefore extending the child grant to pregnancy could improve nutrition rates and help to combat the mental health anguish of mothers, he argued.

Harrison said Finance Minister Enoch Godongwana needed to know that stunting is dragging down the economy and accounted for about 1% of GDP losses. “We wanted Minister Godongwana here to drive home the point that stunting is the ball and chain around the economy’s ankles, constantly wearing down our economic prospects and trapping us in inequality. If he [knew] what we know… he would declare that good nutrition is key to growing human capital and greater economic activity.”

In a heart-rending address, Grow Great deputy executive director Nicola Ealy illustrated the dire state of malnutrition in South Africa: “Luleka is the unemployed mother of three schoolgoing children and mother to a young son who is six months old. She exclusively breastfed her son, made sure he was up to date with all his clinic visits and was really doing everything in her power and control to care for and support the family, but her son still died of severe malnutrition.”

Luleka had said: “I know that my child died of hunger. Sometimes we go to bed on an empty stomach and go days without eating food.”

Ealy said this was an indication that we were starting to see the fruits of inaction, particularly as media reports of child malnutrition deaths have become commonplace.

“We can and must do better.”

However, while malnutrition was really bad, something could still be done, she said, pointing out that stunted mothers are more likely to raise stunted children.

This is not merely a nutrition or food problem, it requires a diverse set of actors, emphasized Ealy, saying a one-size-fits-all approach runs the risk of missing the mark. It was clear that interventions needed to start even before the child was born, indicating a need to figure out how to support vulnerable pregnant women with a focus on the first 1,000 days of a child’s life that included pre-birth.

Unpacking the affordability of food, the pprogram coordinator at Pietermaritzburg Economic Justice and Dignity, Mervyn Abrahams, the summit told that affordability has consistently been a barrier to accessing food: “Food systems are highly corporateised; our food tends to be grown very far from our table, influencing affordability.”

read in Daily Maverick: “Malnutrition and hunger take hold in SA – a land of plenty where political will is lacking”

Abrahams explained that at the heart of affordability is the relationship between the money in a person’s pocket and the cost of a good or service they would like to buy.

He also added that the work his organization does in tracking a food basket is no indication of the nutritional value, merely what women say they are able to buy at the end of each month with what is left of their income after transport and energy costs and loan repayments. 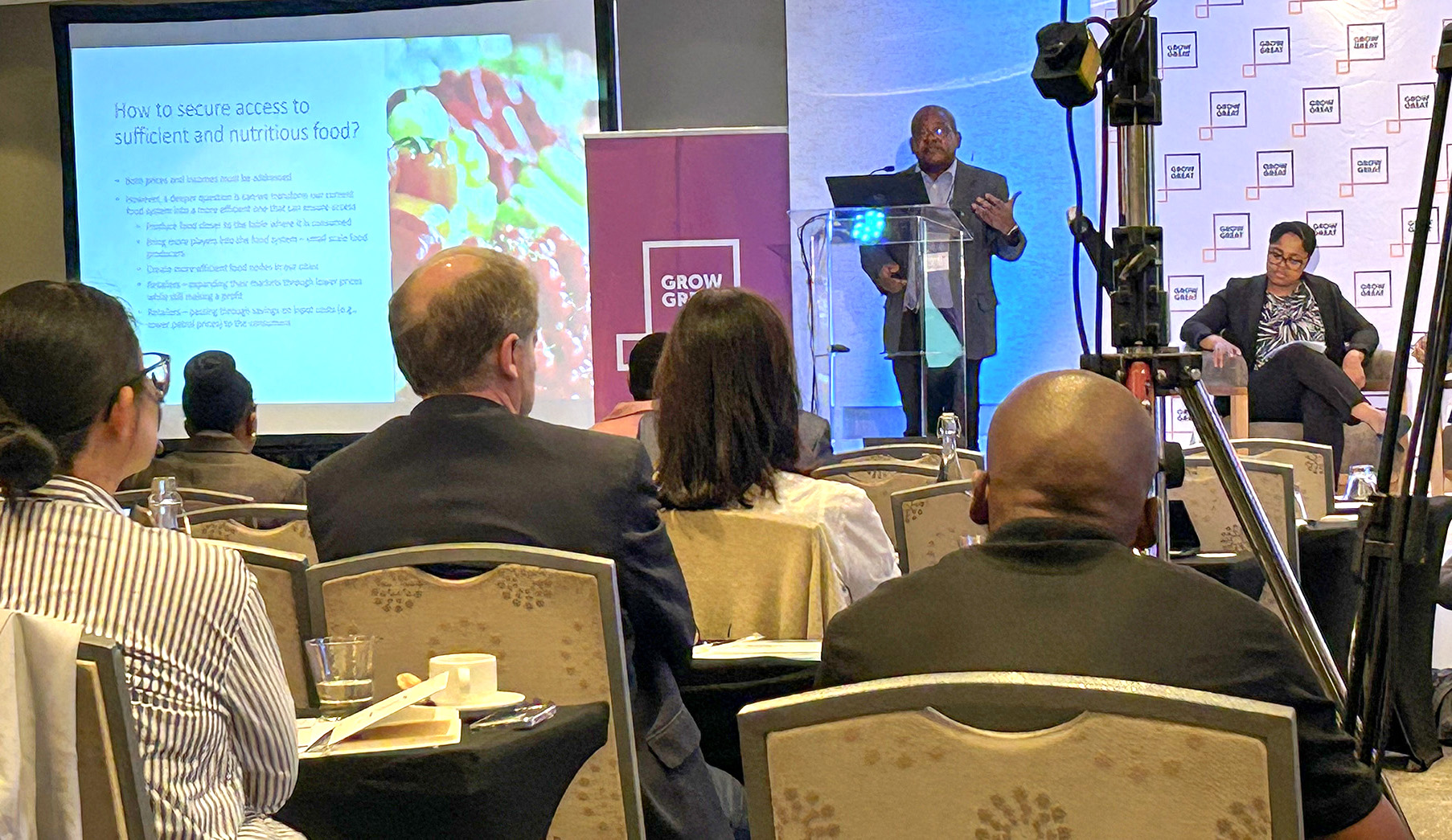 For minimum wage earners, transport and energy costs took 59% of their wages, leaving just R1,596 left for everything else.

Making the case for a maternity support grant, Julie Mentor from Embrace, The Movement for Mothers said people needed to first shake off their prejudices around women and girls’ pregnancies and understand that this was an issue of social justice and acknowledge the complex societal conditions under which vulnerable women and mothers live. This would take away the stigma.

Pregnant women had many needs: food, transport, clothing, childcare for other children, savings, airtime and data, electricity, shelter and electricity.

“Mothers know that the start to their child’s lives matters, so why are we not supporting that?” said Mentor, adding that society needed to trust mothers to make good decisions for their children with a maternal support grant.

Treasury’s Mark Blecher said it could be persuaded of this, based on evidence put forward, and also acknowledged that pregnancy was a very important period of life for mothers. However, a discussion about the maternal grant needed to be located in the context of what would replace the Social Relief of Distress (SRD) grant. 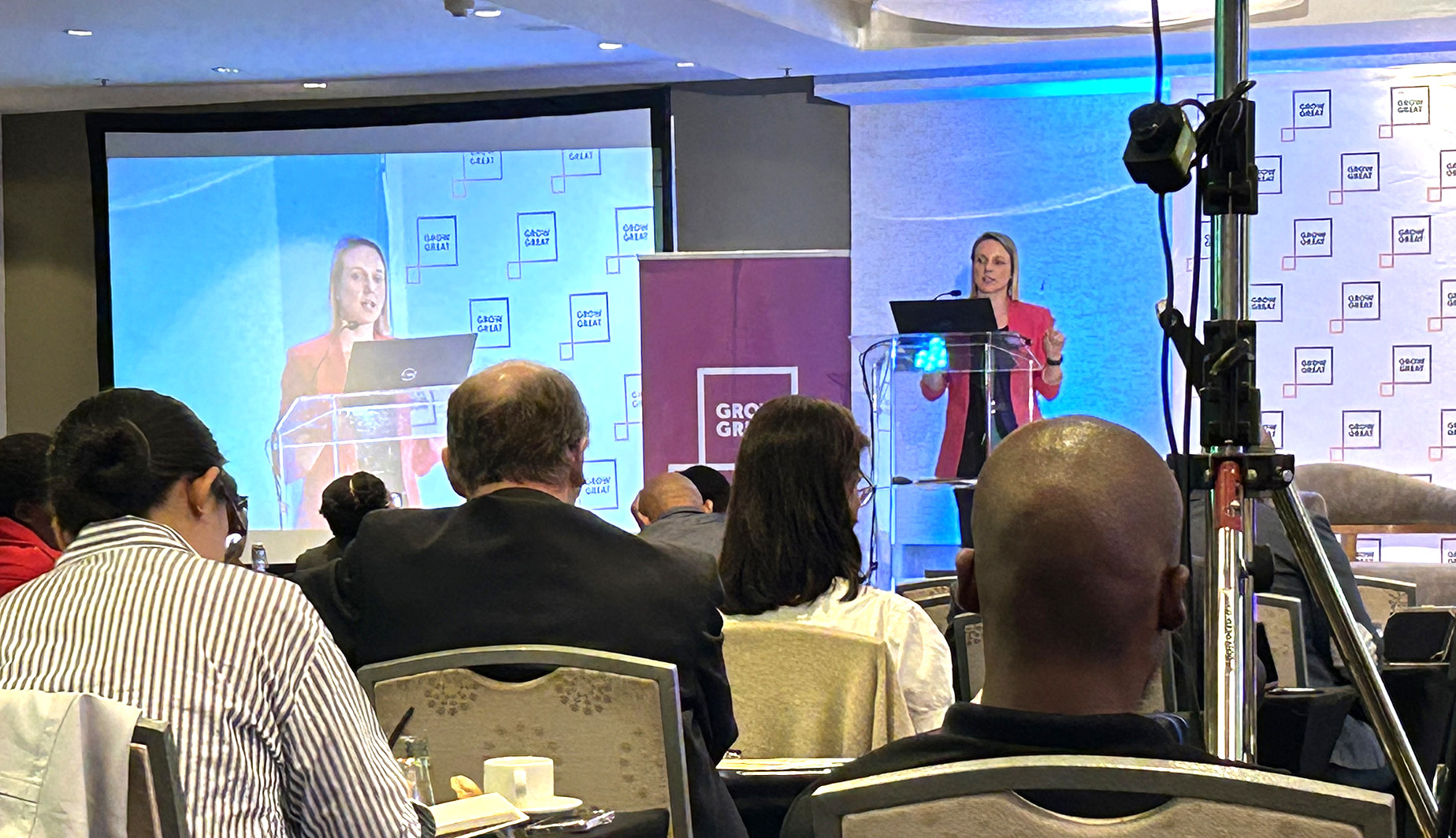 Treasury was currently discussing what a permanent alternative to the SRD grant could look like, such as a more specific job seekers or caregiver grant, which would include the pregnancy period. It was also looking at a universal grant versus a more targeted grant.

The summit agreed that a multisectoral strategy was needed that would include interventions from the government, the private sector and civil society, in order to effectively address stunting as a result of mothers not having access to nutritious food. DM/MC