The University of Nairobi battle for possession against Egerton University at the UoN site in Nairobi on Saturday, February 6, 2021. [Boniface Okendo, Standard]

The University of Nairobi’s Mean Machine took a giant leap toward promotion to the Kenya Cup after beating Egerton Wasps 37-0 in a KRU Championship playoff on Saturday.

Although Machine, who hadn’t wanted to play rugby since March last year, wants to return to the top division after relegation in 2019, she showed little rust as they sailed to the semifinals this coming weekend, where they will travel to Kakamega Compete against Masinde Muliro University of Science and Technology (MMUST).

The winner of that game will be promoted to the 2021 Kenya Cup season, which is scheduled to begin on February 27th.

In another semifinal, Strathmore Leos will face Northern Suburbs.

Strathmore and MMUST were bid farewell to the semi-finals because they finished in the top two during the regular season of the KRU Championship.

Northern Suburbs didn’t have to break a sweat en route to the final four after playoff opponents USIU pulled out.

Unlike Egerton and Machine’s last meeting, which was tightly fought back in February of last year, yesterday’s competition was largely one-sided off the set, and Machine showed her intention to return to the Kenya Cup immediately.

Thanks to the home advantage, the Nairobi-based team was quickly removed from the blocks, forcing the visitors to make numerous mistakes in their own half.

It was a poor performance by Egerton, who was forced to play one man less in the second half after Enos Musakali was red carded for dangerous play.

Machine’s good start paid off when Festus Shiasi scored an eight-minute penalty before Grevas Onyino made the game’s opening attempt after beating his pace markers on the flank. 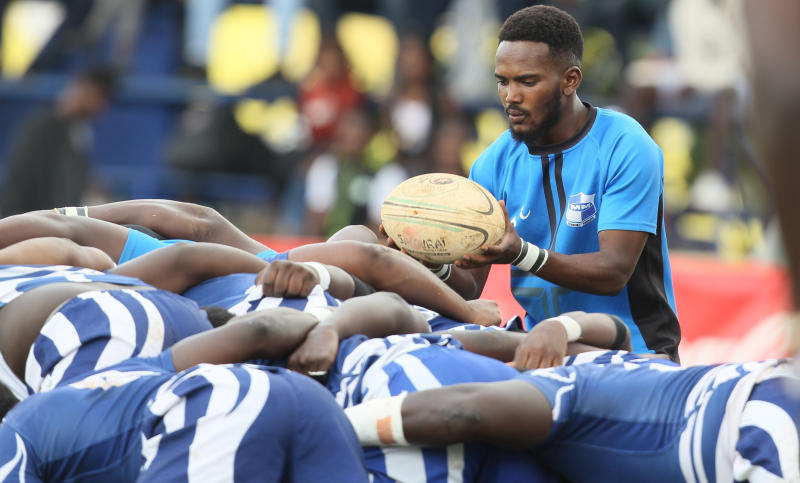 Egerton full-back Lyon Nyang missed a close-range penalty before the visitors were temporarily reduced to 14 after Kevin Kairu was sent to Sin Bin for a high tackle.

Egerton’s waste with the boot was exposed again when they failed to convert another penalty from a favorable position before Machine punished them with Trevor Asina’s three-pointers.

Lawrence Ndung’u took the match out of Egerton’s reach with Machine’s second missed attempt before Asina hit the shoe again to give the Ramsfield Matekwa-trained team a healthy 19-0 advantage at halftime.

Asina continued to impress with the shoe as he added another three-pointer on his resumption as Egerton tried to bring a measure of seriousness to the goal line.

Marvin Karungi added his name on Machine’s third attempt before the Matekwa men finished the router with a transformed try and penalty.

In line with Ramaphosa from South Africa, entry to discounted credit score is essential to Africa’s restoration

Biden has performed extra for Nigeria than for Buhari