“Mistakes Must Be Treated”: Anger in South Africa as the Third Wave Strikes | South Africa

Governments across Africa scramble to strengthen health systems and speed up vaccines as a third wave of Covid-19 infections threatens to overwhelm hospitals and kill tens of thousands.

South Africa, the hardest-hit country on the continent, has reported a doubling in new cases each day in the past two weeks without slowing the increase.

Gauteng Province – home to a quarter of the country’s 60 million population, plus the administrative capital Pretoria and the financial hub of Johannesburg – is the center of the recent outbreak, accounting for about 60% of the recent national daily increase.

Hospitals and health workers are on the verge of congestion. One large hospital was closed after a fire earlier this year and other large facilities were closed due to a lack of trained staff. Doctors make dozens of phone calls to secure a bed for critically ill patients.

South Africa has already suffered two big waves, raising its official death toll to 60,000, although excess mortality figures show that at least another 100,000 people have likely died from the pandemic.

Expectations from the government are low, with much anger over a number of corruption scandals related to Covid-19 spending. Earlier this month, Health Minister Zweli Mkhize was forced to resign while allegations of inappropriateness in the award of Covid-19 response contracts were investigated. 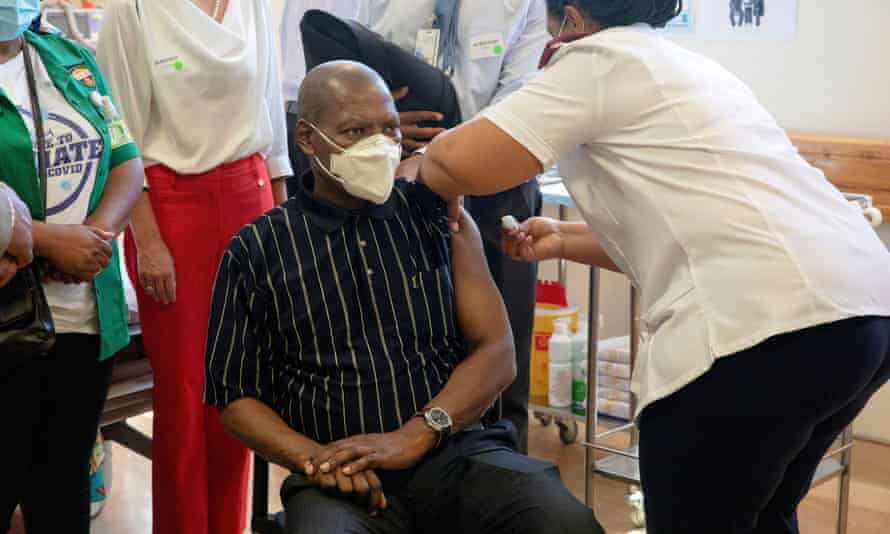 Former Health Minister Zweli Mkhize will receive a Covid vaccine in February. He resigned this month because of a corruption scandal. Photo: Reuters

The 60 or so residents of Union Street, a narrow street in Soweto, said they learned the hard way not to hope too much. “All times have been bad. It’s always been tough here. But that’s really worse. We now have orphans in our church, ”said Leonard Magrwanya, 74.

“I trust God. I trust God. One day Covid will be ready and we can return to normal, but that is only in the power of God,” he said.

South Africa had many advantages over other African countries before the Covid crisis: greater borrowing capacity, a more comprehensive public health system that is reinforced by a large private sector, world-class scientists and years of experience in dealing with pandemics.

But after a much-lauded early response, the authorities fought. The economic damage the pandemic has wreaked is already great.

Tasneena Sylvester, 35, who has lived on Union Street for 11 years, lost her job as a cleaner and her husband was laid off by the construction company that kept him busy for years during the tough lockdown in March and April last year.

Now the couple and their three children live on government funds and spend their days watching television and pirated Netflix movies traded on USB drives.

“I want education for my children and a job to survive. But now there is nothing left, ”she said.

In the tiny hut that is the headquarters of the youth organization Soweto Kliptown, 51-year-old founder Bob Nameng accused the government of dealing with the crisis in the wrong way.

“There is too much corruption. The rich benefit from the tears of the poor. The poor cry. The rich dance, ”he said. 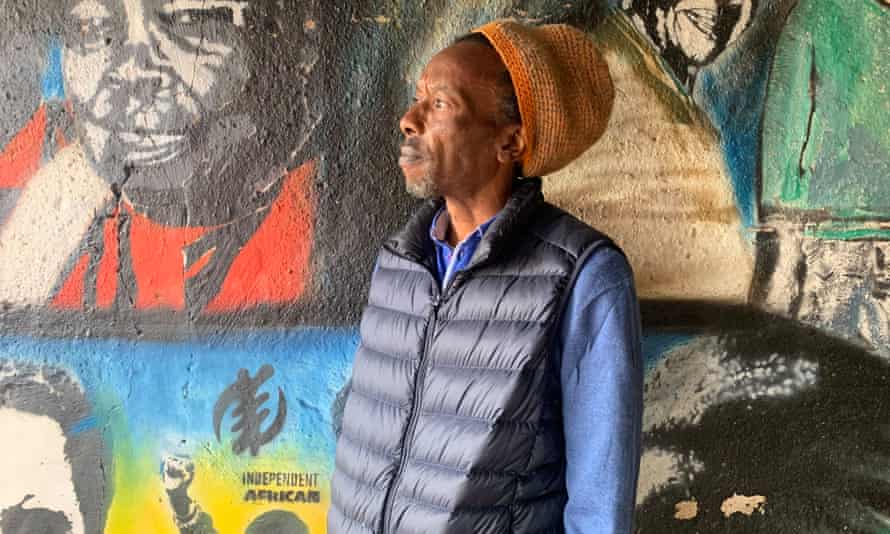 Nameg said he believes the ruling African National Congress, in power since 1994, “has become the opposite of what the people of Soweto fought for” during the long struggle against the racist, repressive apartheid regime.

“They don’t care about anyone but themselves. We supported the ANC, but we won’t be forever. You lost a lot of votes. A hungry man is an angry man, ”he said.

South Africa’s sluggish vaccination campaign has hit more than one in 30 of the population after a string of missteps and misfortunes made worse by bad decisions, critics say.

Officials were slow to start talking to manufacturers, and the talks were then held up by bureaucracy and internal factional fights.

The UN-backed Covax program delivered a million AstraZeneca jabs, which were rejected when it became clear that they were less effective against the new local variant.

Eventually, a shipment of 2 million Johnson & Johnson vaccines had to be destroyed when regulators decided it could be contaminated following a breach of safety and hygiene rules at a factory in the United States.

With wealthy nations in the west buying up millions of cans for their people, it has been difficult to secure supplies to South Africa.

“What constrained us was the lack of vaccines. All provinces and the private sector have made efforts to open additional locations, ”said Nicholas Crisp, Deputy Director General of the Department of Health.

The vaccination campaign was also suspended on weekends so that the health workers could rest and because there was “no overtime budget”.

In a media briefing last week, incumbent health minister Mmamoloko Kubayi-Ngubane promised to speed up the campaign as enough shots finally arrived and said army paramedics would be used to bolster the health system in Gauteng.

Refusal to vaccinate is a major problem. In a recent poll, 67% said they would definitely take the vaccine and 18% said they would not. The survey found that those who think Ramaphosa and its government are doing a bad job are far less likely to accept a vaccine.

On Union Street, some even doubt the existence of Covid-19.

“I think it’s all made up. They want us to believe there is Covid and follow their instructions. And I’ve heard that the vaccines are crippling your body systems, ”said Jemima Dtadegane, 54.

Officials say they are aware of the problem and will try to communicate better in the future. After extensive interactions during the first few months of the pandemic, ministers and government experts rarely gave briefings. Ramaphosa has limited interventions on infrequent television speeches.

Alex van den Heever, a professor of public administration at Wits University in Johannesburg, said the failure to recognize the true pandemic death toll, which results from inflated mortality rates rather than recorded hospital deaths, was an “early political decision “Attributed.

“They wanted to make sure that pandemic management is handled by the ANC and negative issues are minimized. That is an improper intention. The information needs to be published, bugs fixed and all questions answered, ”he said. “The reality is we had a severe, severe epidemic.”

Most Union Street residents have seen pictures from the US or Europe and are well aware that the pandemic is subsiding there.

“In the rich countries they go out and work. They have better governments, I think, ”Rebecca Mfungquza, 23.“ Maybe they could help us a little. We need it.”