Fourteen students from the NIU College of Education will travel to Kenya and Tanzania in 2022 to immerse themselves in the challenges of not only learning another language, but learning in it.

Next summer’s trip will be of little or no cost to these students thanks to funding from a Fulbright-Hays Scholarship given to the Faculties of the College of Education Teresa Wasonga and James Cohen and the chairman of the NIU Department of Public Administration , Kurt Thurmaier, was awarded.

Travelers are also given pre-departure guidance that includes educational training, classes on race and culture, a book review, and some basic Kiswahili knowledge.

During their five-week visit, the Huskies will interact with students and teachers at three schools to watch classes in action, share U.S. educational strategies through conversations – not lectures, Wasonga says – and help teenagers write their autobiographies.

Visits to non-profit organizations and meetings with local executives are also planned.

One is “a crash course for self-image,” says Cohen. 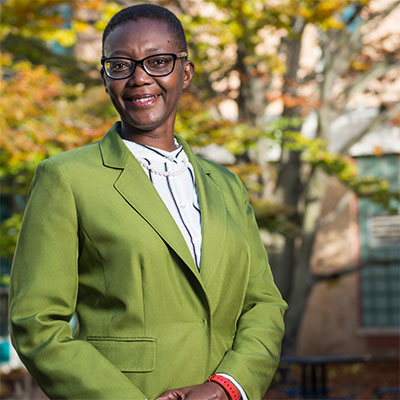 “They will learn who they are as cultural beings,” he says. “The fastest and easiest way to get to know your strengths and weaknesses is to travel to another country. The language, the culture, the people – everything is different. You do a lot of self-reflection, which forces you to understand yourself better. “

“We want a situation where the teachers from here interact with the teachers there and see how they can benefit the other side and the other side,” says Wasonga, co-founder of the Jane Adeny Memorial School in Kenya, who as one of the Locations will serve.

Since classes in Kenya “don’t quite allow critical thinking, we tend to memorize a lot there,” says Wasonga. “It’s very narrow, very limited, and very academically focused, so kids literally just learn what the book says and don’t question it.”

But that doesn’t mean the children aren’t intelligent or competent, she adds, because Kenyans speak three languages: the mother tongues of their different regions; the national language Swahili; and English, the language of instruction.

“Our students will likely find this confusing – or maybe exciting,” she says. “We think it will be a significant observation for them.”

Likewise, their unfamiliar status as a minority in countries where everyone is black.

Cohen wonders how this will change her perspective as a teacher. Are they becoming aware of the role race plays in the home? Will they reflect differently as cultural and racial beings? Will they grow? 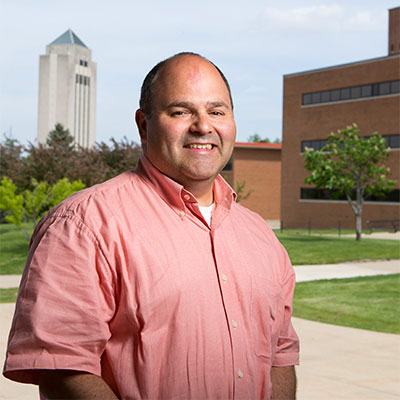 “The United States is a highly racialized society, and although both Kenya and Tanzania have been colonized, they are more tribal than racial,” Cohen says.

“The people we’re going to bring grew up in the United States and they all have a racist perspective, whether they recognize it or not,” he adds. “We hope to in some way remove race from the equation – and see how our students can actually interact with their students as much as possible by conveying this racist perspective. It’s going to be an experiment. “

He will require NIU students to reflect on their experiences, observations, and insights during their visit to a foreign country through a diary.

“It shakes your assumptions about what the world is like,” says Thurmaier, who has led six NIU Study Abroad groups in Tanzania since 2009 and traveled internationally as a student, “and shaking assumptions is really good, I think, because one wants “to make judgments, decisions and plans based on evidence. That is fundamental to what will happen here. “

“I’ve been to almost 40 countries. When I went to Tanzania, it changed me. It put things in perspective that I needed as an adult and as a person, ”he says, referring to poverty. “I was only there for two weeks – not five, but only two weeks – and it really made a difference who I am. I no longer complain about a lot. I really don’t. “

Wasonga points to an interview with Oprah Winfrey.

“Someone asked, ‘You know there are a lot of poor children in America. Why did you go to South Africa to build a school? ‘ And she said, ‘Poverty is not the same,’ ”says Wasonga.

“Poverty in Tanzania and Kenya is very different from poverty in the US,” she adds, “and I have found students who have come to Kenya that their lives have changed completely when they return. Things that they thought were problems for them start out like, ‘This is nothing to worry about.’ ”

In the end, the scholars say, travelers will become better teachers.

And, says Wasonga, if one of the chosen travelers works in less heterogeneous school districts, the African experience should benefit their colored students.

“Sometimes we have to shock ourselves, and we can’t if we stay in the same environment,” she says. “When you change the environment, you start to see things very differently.”

“My hope,” adds Cohen, “is that when they come back they will not look at blacks – and browns too – from a deficit lens. You will look at different people from a strengths perspective, from a fund-of-knowledge perspective. “

“First, I hope it will prevent NIU students from jumping to conclusions or assuming about their own students, especially color students,” he says.

Second, he says, be it for future and current teachers to “appreciate how learning about others helps to better understand oneself”.

It’s a basic requirement for studying abroad, he says.

“You learn so much about yourself, your aspirations, and your assumptions, and you better appreciate how you got to where you are now because you appreciate how other people got to this moment when you engage with them “, Says Thurmaier, that you got there that way and that the people before you got better this way, fundamentally changes the way you interact with your students, with your peers, with their parents, with interest groups, etc. to interact. That is a big win. “