Over 100 players battling for glory at Kenya Seed Classic : The standard Sports

Vitus Omwandho, who carried the day in the leg in 2005, was in high spirits as he combed the dry fairways for glory.

“I’m here to replicate the good run I had in this championship 17 years ago,” he told Standard Sports.

Since his victory, Omwandho has tried his luck in the annual competition, now in its 41st edition, seven times with no luck.

“I did the opening leg in Eldoret last month and it was a disastrous outing. I worked on my chipping and putting this week ahead of the tournament, I’m hopeful my scores will be better by Sunday (today),” he said.

The Kitale-based land consultant says the tournament has provided him with an avenue to strengthen his network apart from keeping fit, socializing and learning farming techniques.

Eldoret Club per Andrew Chelogoi indicated that he came to test his game on the course which he considers as one of the toughest pitches in the country. 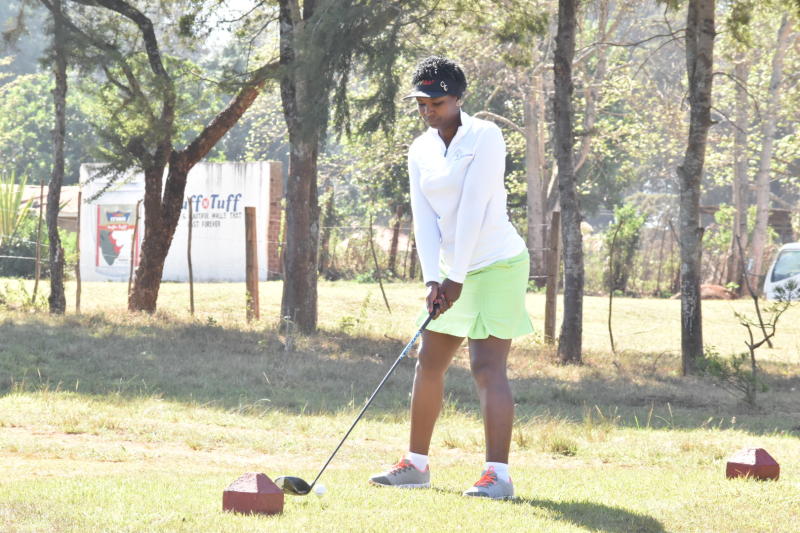 The Eldoret City Marathon chairman confirmed the fairways were dry due to the ongoing drought in the town.

“As a professional golfer, I will not be handed the overall prize should I win the tournament, but I’m here to give the organizers and their partners the moral support needed since this championship is a noble event,” said Chelogoi, who also doubles as the Eldoret Water and Sanitation Company Limited chairman.

James Kimotho, Space and Style Head of Commercial, had a nine hole game in the course on Thursday to prepare him for the grueling weekend competition.

“We are playing here at the same time engaging with our customers on the kind of products that we offer,” Kimotho said.

Kenya Seed Company Managing Director, Fred Oloibe, said they were holding the tournament in Kitale since most golfers in Mt Elgon and its surroundings are farmers.

“The rains will be falling here shortly and we want to ensure there is food security within the country,” Oloibe said.

Lucy Mukuru, the Panafrican Equipment Group/FMD East Africa Sales and Marketing Manager, reiterated Oloibe’s sentiments saying:”As FMD, we are delighted to be spending the weekend with the golfers and farmers in Kitale as they take part in the tournament.

“The dry season is coming to an end which means that the farmers will be on duty once more to ensure we have food for tomorrow.

“The tournament is a good opportunity to interact and as machinery providers we have a chance to offer our goods and services which they need,” she said.

John Njiraini, the former Kenya Revenue Authority Commissioner General, was hopeful he will carry the day for the Space and Style brand that he represented.

The Windsor Golf and Country Club player believes he is ‘anointed’ to win the top prize.

Adoption of Mobile Technology in A Humanitarian Response To Drought Ravaged…