She’s only five-feet tall and weighs 120 pounds, but Barb Sousa is undeniably tough as nails.

At 65 years old, the recently retired school teacher has become a full-time endurance athlete who competes in ultra-marathons and typically trains for more than six hours a day.

“It’s not really about fitness for me. It’s about being tough and strong,” Sousa says. “I don’t want to give up.”

Bard Sousa, extreme runner, is preparing for an extreme seven day race through the Kalahari Desert in South Africa this October.

In late September, she plans to board a plane to South Africa, where she will participate in the Kalahari Augrabies Extreme Marathon, a seven-day, 250-kilometre race.

The route will take her through grassy plains and valleys, over mountainous outcrops and into the depths of the Kalahari Desert, where temperatures can reach 45 C during the day and drop to 5 C at night.

Along the way, she could encounter snakes, scorpions, spiders, wild dogs and leopards. 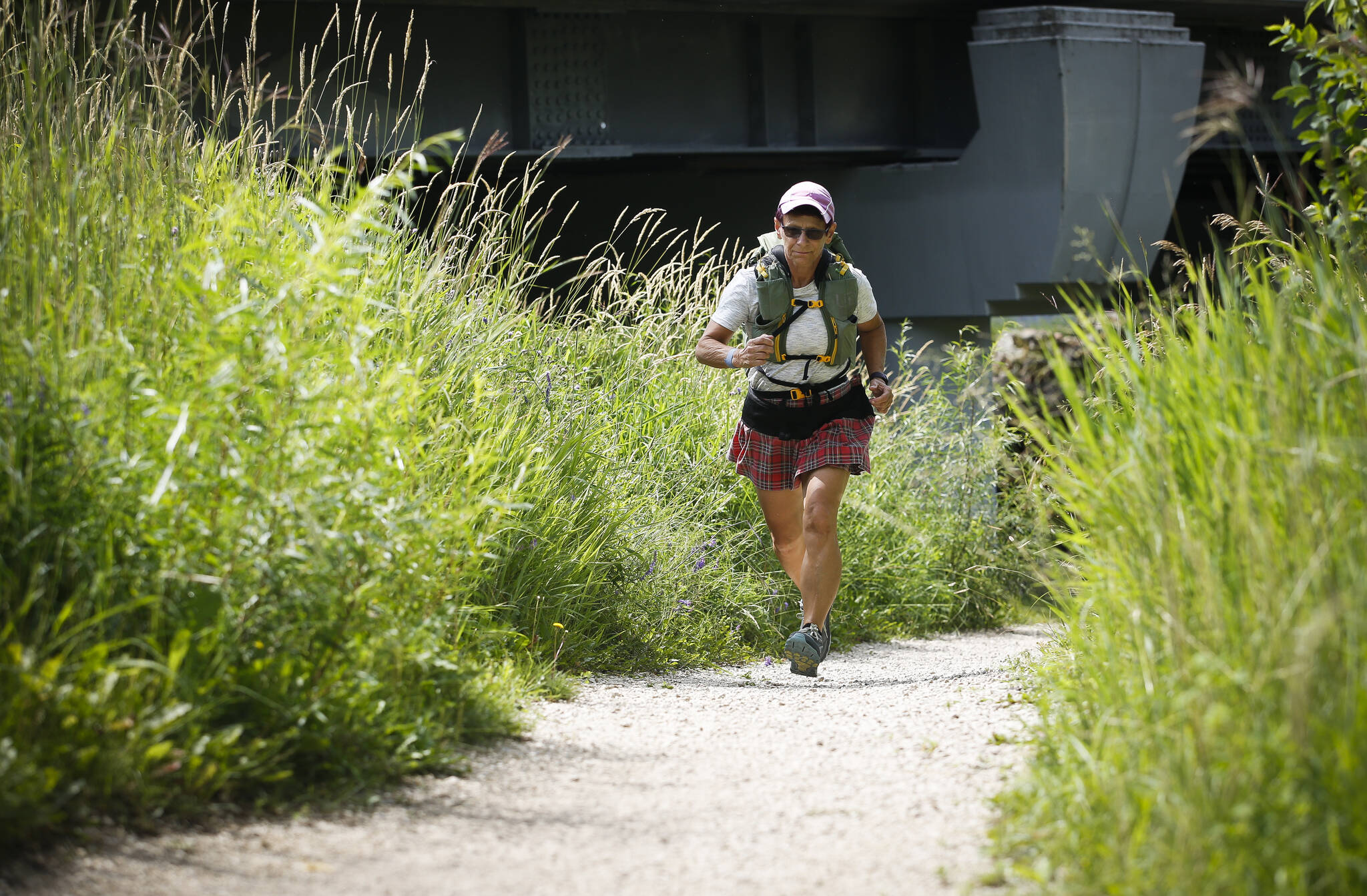 “It’s not really about fitness for me. It’s about being tough and strong,” Bard Sousa says. “I don’t want to give up.”

Sousa has competed in the race twice. She completed it in 2001, but a doctor pulled her from her second race in 2003 after a spider bit her.

Now, she is returning after nearly 20 years, and she knows what to expect.

“Brutal,” she says, describing the race. “It was really tough — tougher than I thought.” 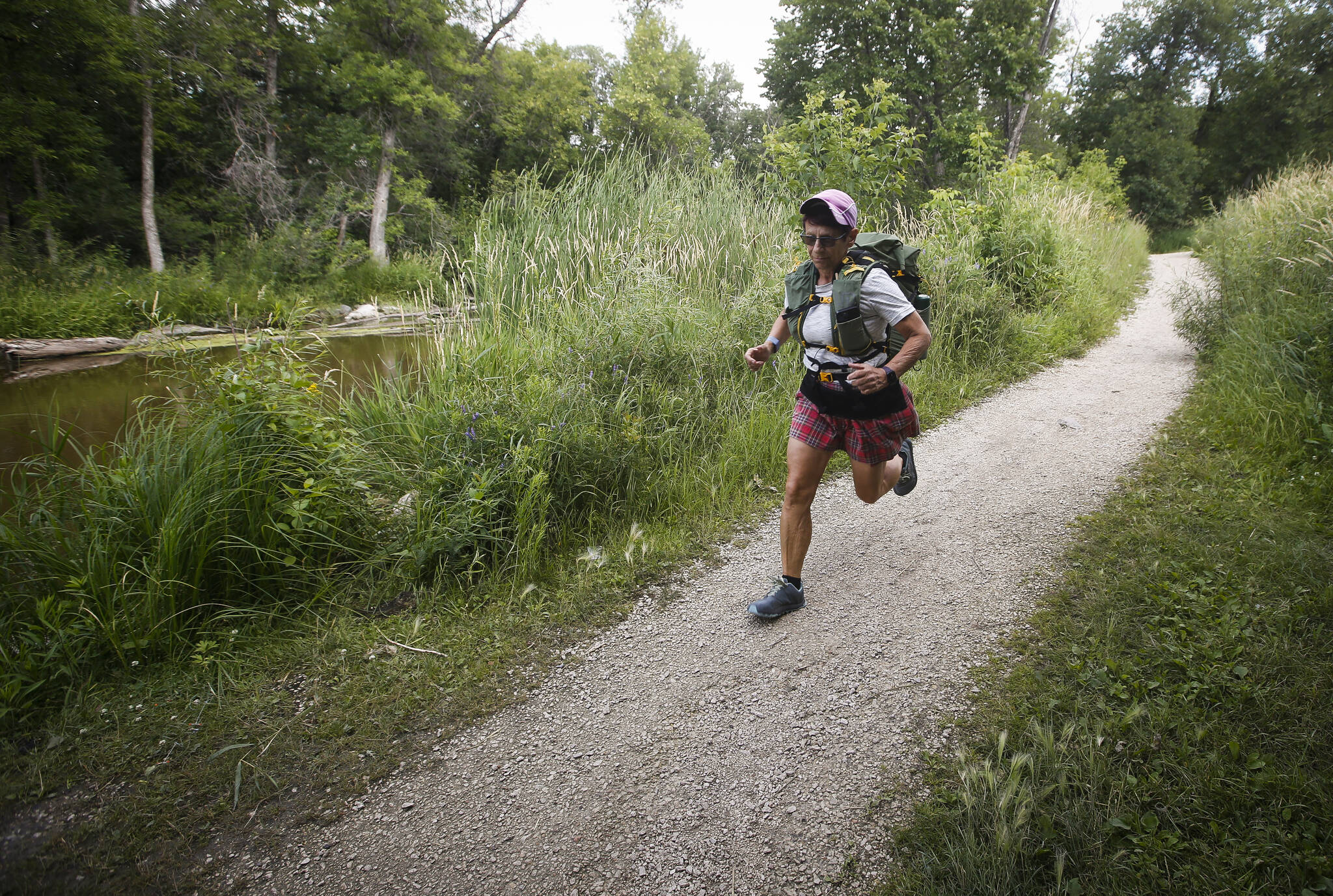 During the last 25 years, Bard Sousa has participated in countless marathons, ultra-marathons and events.

To make her point, Sousa reaches for her phone and produces a photo of her feet taken post-race in 2002.

The soles of her feet are red raw and covered in large, weeping wounds.

“Before the feet stopped throbbing and itching, it was about three weeks,” she says, laughing. “(When I crossed the finish line) I cried… I was a lot stronger than I thought I was, and I was glad that I didn’t give up because there were times that I wanted to.”

Sousa started running at 40 years old. At the time, she was 60 pounds heavier and smoked two packs of cigarettes daily.

She had not intended to become a runner but accidentally walked into a retailer that specialized in running gear.

“I was embarrassed and pretended I did it on purpose,” she says. “So, they managed to sell me a pair of shoes, and I learned to run.”

It was a happy accident that changed her life, she says.

During the last 25 years, Sousa has participated in countless marathons, ultra-marathons and events.

At times, she has run for 48 consecutive hours and once ran from Kenora to Winnipeg and back to raise funds for a CT scanner at the Kenora hospital.

Throughout it all, the bonds she forms with other runners and training partners have kept her motivated.

“You crew for them, and they crew for you,” she says. “You take care of them, you wrap their feet up, you puncture their blisters and wipe them down and feed them… it’s very close and personal. It’s for life.”

Joel Toews, a running coach at North Star Fitness, is Sousa’s trainer. He has been with her since she began preparing to return to KAEM more than two years ago.

“I would describe Barb as determined, passionate about what she loves to do and very motivated,” Toews says. “She just goes full-on toward that goal.”

He frequently works with older clients; some enjoy competing while others simply want to be healthy enough to enjoy time with their grandchildren.

On Oct. 7, Sousa and 40 others will compete in the KAEM. Many participants are around Sousa’s age; she competed with some of them during her previous trips to the Kalahari.

“Physically, more people can do this type of thing than you may realize, but… it becomes more mental than physical at a certain point,” Toews says. “In my opinion, she’s going to crush the thing. It will be incredible.”

Cracking down on dollar speculation in Nigeria, By ‘Tope Fasua

Kenya: The Role of Media in a Kenyan Election – What You Should Know