Deputy President Rigathi Gachagua has asked Kenyans to establish ways to adapt to prevailing economic struggles as their government works towards delivering a cheaper living standard.

The deputy president maintained his stance that they inherited and dilapidated country with a lot of debts, but the William Ruto government will ensure it is back on the right track,

“We are inheriting a dilapidated country with KSh10 trillion debt. Let all those who were against join us in building the nation,” Gachagua said. 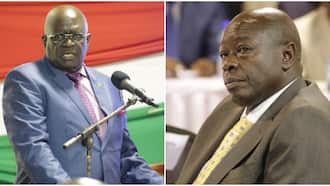 Rigathi Gachagua Praises Outgoing Education CS George Magoha: “Not in Hurry to Get Rid of You”

Gachagua was speaking during a meeting on Education Reforms.

He complained that the government could not raise money to support their initiatives because the money available was used to pay salaries and service the pending public debts.

He said Kenyans should keep their hopes alive because the government was making crucial decisions to ensure that every mwananchi could afford common household goods.

The second in command disclosed that he had a meeting with the Kenya Revenue Authority (KRA), and they agreed to collect taxes to the tune of KSh 3 trillion per year to fund government development projects.

“In the fullness of time, we will turn around the economy of this country, first and foremost in the first two years God willingly,” an optimistic Gachagua explained.

With reference to the late Mwai Kibaki era, the principal assistant to the president said the country will return to the Kibaki glory, where development was seamless, and life was cheaply affordable. 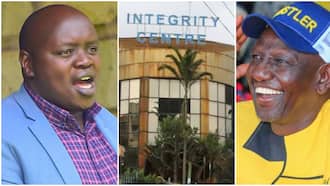 William Ruto has been accused of making poetic promises to the common mwananchi but ruling in prose. A system without a clear footprint.

TUKO.co.ke reported that during his campaigns, Ruto promised to improve the country’s economy through mechanized agriculture and support for Micro Small and Medium Enterprises (MSMEs).

His economic blueprint was anchored in ensuring food security among Kenyans.

Uasin Gishu County Women Representative Gladys Shollei has told Kenyans to brace for a tough economic time that could last up to one year as the Kenya Kwanza administration laid the ground to start working for Kenyans.

Shollei asked Kenyans to prepare themselves adequately because it will be a very tough time. However, she said Kenyans will not regret the government’s decisions to address the challenges facing them.

Shollei played an integral role in the formation of the Kenya Kwanza government and is known as one of the ardent supporters of Ruto.