Sight Magazine – Eyesight Restoration: In the midst of a pandemic, Nigeria is fighting to end a painful blindness disease

For eight years, Nigerian housewife Mallama Baraka suffered in silence as eye trachoma, which can be blind but is completely preventable, slowly took its toll.

It started with a watery discharge and a burning, itchy feeling in her eyes. Her eyelids swelled up and her lashes twisted in them, causing extreme pain every time she blinked. Over time, she began to see less clearly.

“It became difficult for me to do my daily chores … but the clinic is far away and it would take time and money to go. I thought whatever in my eyes was going to go away when I did keep washing, “said Baraka over phone from Bali city in eastern Nigeria.

“It wasn’t until the health workers came to my home in 2019 and told me about my condition that I would have become blind if I hadn’t had an operation,” said the 43-year-old mother of three, whose family makes beans and corn to make a living.

Trachoma is caused by bacteria and spreads through direct and indirect contact, as well as flies that come in contact with an infected person’s eyes or nose. It is the leading infectious cause of blindness worldwide.

It is responsible for the blindness or low vision of about 1.9 million people, and about 137 million more people in 44 countries remain at risk of trachoma blindness, according to the World Health Organization.

“We had to make sure we were following all guidelines and that our employees and communities were safe before we could start service again. We are now gradually building … I would say our activities are 60 percent before COVID levels . “

– Joy Shu’iabu, program director for the Sightsavers charity in Nigeria.

While countries like Nigeria have managed to reduce trachoma over the years, health experts warn that disruption caused by the coronavirus pandemic could jeopardize efforts to eradicate trachoma.

WHO said in September the outbreak had hit programs to combat neglected tropical diseases such as trachoma, with countries suspending mass treatment and searching for active cases, and delaying diagnosis and treatment.

Critical personnel have been reassigned to deal with COVID-19, and drug manufacturing, shipping and delivery have been suspended to warn of “increased exposure to NTDs”.

Joy Shu’iabu, program director for Sightsavers charity in Nigeria, said the pandemic was challenging as all NTD activities were initially suspended during the country’s lockdown.

“We had to make sure we were following all guidelines and that our employees and communities were safe before we could start service again,” she said. “We’re gradually building up now … I would say 60 percent of our activities are pre-COVID.” 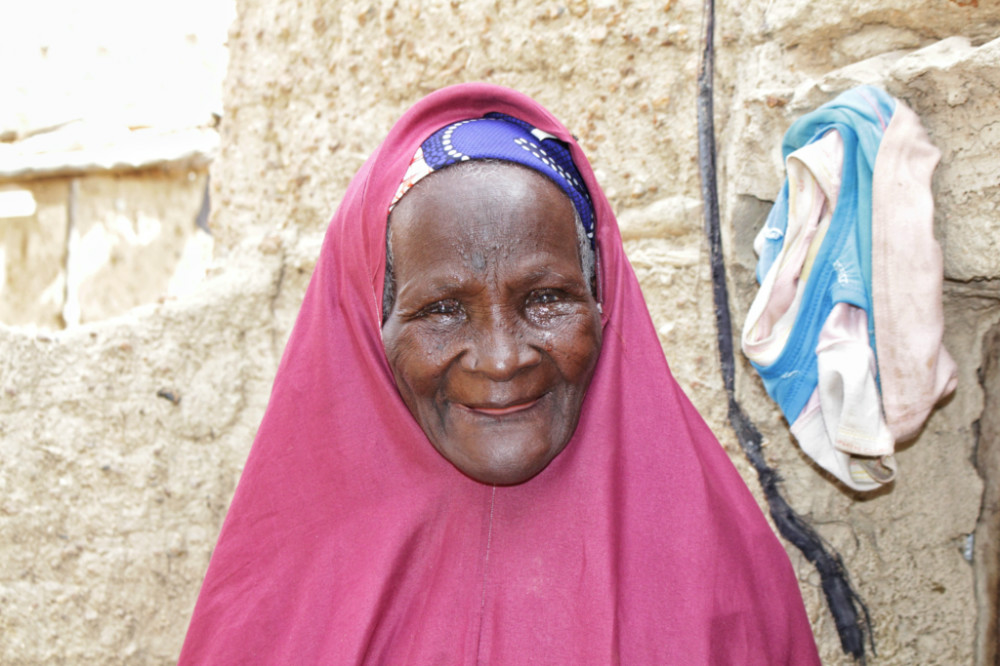 Late last month, WHO celebrated World NTD Day after it released a roadmap setting global goals to fight 20 diseases, including trachoma, by 2030.

Together, these curable or preventable diseases affect more than 1.7 billion people in some of the world’s poorest countries, often severely handicapped, leaving them isolated and unable to make a living.

Often described as a disease of the poor, trachoma occurs in crowded areas where clean water and sanitation are scarce and is hyperendic in parts of Africa, Central and South America, Asia, Australia and the Middle East.

Person-to-person spread through unwashed hands, shared towels and bedding, and flies can lead to irreversible blindness that prevents adults from working and children from school and becomes a productive part of society.

While children are more susceptible, the blinding effects of repeated infection usually don’t develop into adulthood. Due to their close contact with children, women are up to four times more likely to be blinded than men.

If the trachoma is caught early, it can be treated with antibiotics. However, if neglected, it develops into trachomatous trichiasis, in which the eyelashes move inward, scraping the eye, and causing extreme pain and scarring.

If the trachoma is caught early, it can be treated with antibiotics. However, if neglected, it develops into trachomatous trichiasis, in which the eyelashes move inward, scraping the eye, and causing extreme pain and scarring.

Once trichiasis sets in, surgery is the only solution before the damage becomes permanent, resulting in irreversible blindness.

Since a global campaign to eradicate the disease began in 1996, 10 countries including Nepal, Mexico, Cambodia, China, Ghana and Iran have been officially wiped out by trachoma.

Nigeria has also made progress, reducing its vulnerable population from 11 million in 2019 to six million in 2020.

WHO data shows that Nigeria treated more than 9.3 million people with antibiotics and surgery in 2019, more than twice as many as in 2014. 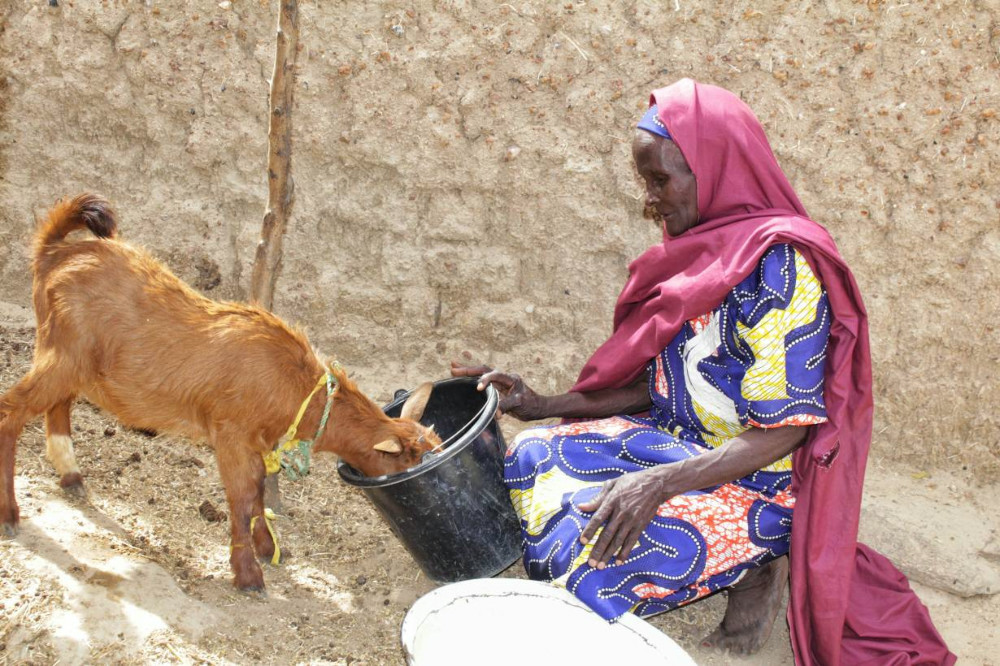 The trachomatous trichiasis patient Salamatu Abdulaziz will feed one of her animals in the Nigerian state of Katsina after the operation on December 7, 2020. BILD: Courtesy of Sightsavers / Cliqq Productions

Chukwuma Anyaike, director of the NTD elimination program at the Nigerian Ministry of Health, said the coronavirus pandemic had hit the services but everything was “back to normal” now.

“The COVID pandemic had a negative impact on NTD programming in Nigeria, but we were able to get some results and interventions in the communities, such as trachoma surgery, over the past year,” said Anyaike.

“Our main problem was a delay in funding from donors who initially felt it was not safe to continue programs … I had to write them a letter to explain that we are taking all necessary precautions.”

Despite the challenges, Anyaike said he was optimistic that Nigeria would get rid of the trachoma.

Government support organizations, such as Sightsavers and Helen Keller International, say they have adjusted to keep the services running.

Even after Nigeria imposed a five-week lockdown and trachoma patients were no longer able to visit clinics, masked community health workers delivered antibiotics to their homes.

Sightsavers estimates that in the northwestern Nigerian state of Jigawa alone, they were able to supply antibiotics to more than a million trachoma sufferers in the past year.

“I think if NTDs like trachoma had the focus that malaria or HIV had, we would have made greater progress in eliminating them.”

In the northwestern state of Katsina, eye surgeon Kabir Yahaya took his motorcycle to care for TT patients in their homes after surgery.

“When the lock went in, I realized that patients couldn’t come to the clinic to have the sutures removed from their eyelids,” the 37-year-old TT surgeon told the Thomson Reuters Foundation over the phone.

“So I decided to use my own motorcycle to reach these patients and treat them at home. Many were in remote, remote areas, but I was able to treat over 20 patients.”

NTD experts say diseases like trachoma have been around for centuries but haven’t received the attention they deserve, largely because they affect the poorest, who often live in remote, underdeveloped rural areas.

In light of the coronavirus pandemic, some experts say that diseases like trachoma should be given greater consideration.

“I believe if NTDs like trachoma had the focus that malaria or HIV had, we would have made more progress in eradicating them,” said Philomena Orji, Nigerian country director at Helen Keller International, which works on diseases of poverty.

“There’s a reason they’re labeled ‘neglected’. Even in terms of research, we’ve been using the same drugs for years. There doesn’t seem to be any new research into making drugs more effective. They’re being neglected in all respects.” . “

HIV Exposure and Infection Correlates in Transfeminins and Cisgender Men Having Sex with Men in Nairobi, Kenya: an Observational Study