Members of the Somali community have praised President William Ruto for allowing them to serve in his Kenya Kwanza government on merit.

“And I’ll say without fear or favor that the people from our community he has appointed so far are upto the task and will surpass his expectations,” Ahmed said.

Somalis have what it takes to serve in gov’t 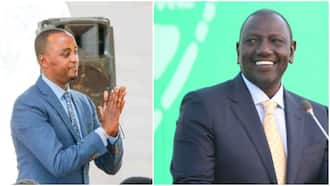 He observed that few Somalis are, by absolute merit, appointed into significant positions by the Kenyan president.

“All hell lets loose with a lot of hate and prejudice from a section of society. For context, no community has suffered what Somalis have suffered in this country since independence,” he added.

He said that the community had stayed the course and worked hard to assimilate and be part of the society despite the discrimination and profiling, arbitrary detentions, and arrests.

“They worked extra hard, studied long hours, and overcame so much hate and humiliation to be where they are today. They took risks and started successful businesses whilst remaining humble and humane,” said the communications expert.

He observed that it was good that the President had recognized this sacrifice and acknowledged the amazing talent, experience, expertise and rich value the community adds to the Kenyan community. 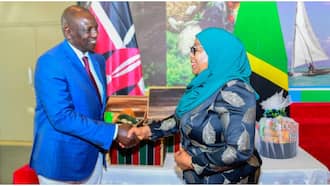 “It’s about it’s appreciating our rich diversity and culture for us to make this wonderfully beautiful country even better. We are all the same. We are all different,” Ahmed explained further.

Lazy Cabinet Secretaries on the spot

TUKO.co.ke reported earlier that Ruto cautioned his cabinet to brace for tough work ahead.

Ruto spoke in Kirinyaga county on Saturday, October 15, during the commissioning of the Thiba Dam.

The head of state observed much work to be done by his Kenya Kwanza administration.