South Africa accounted for over 30 percent of the COVID-19 cases reported in Africa, with 20,000 reported on Friday, a total of 1.9 million with 66,323 deaths, according to the Associated Press.

Hospitals in South Africa’s epicenter Johannesburg and the surrounding province of Gauteng achieved 91 percent capacity and over 5,000 additional health workers were deployed, the health department said on Friday.

“With this new strain in the third wave, I think it is more aggressive than the second,” said Onthatile Mmusi, a nurse at Tshepong Hospital in Klerksdorp. “We tend to have patients, and when they come, their oxygen levels will already have dropped.”

More coverage from the Associated Press can be found below.

Powered by the Delta variant, a new wave of COVID-19 is sweeping across the African continent, where new cases, hospital admissions and deaths are on the rise.

South Africa leads the new increase in Africa, where the number of cases doubles every three weeks, according to the World Health Organization (WHO).

“The speed and magnitude of the third African wave is unlike anything we’ve seen before,” said Dr. Matshidiso Moeti, WHO Regional Director for Africa.

“The rampant spread of more contagious varieties is taking the threat to Africa to a whole new level,” Moeti said in a statement. “More transmission means more serious illnesses and more deaths, so all must act now and step up preventive measures to prevent an emergency from turning into tragedy.”

Less than 2 percent of 1.3 billion Africans have even received one dose of a vaccine.

Staff at Tshepong Hospital, about 170 kilometers southwest of Johannesburg, said they are struggling with the new rise. 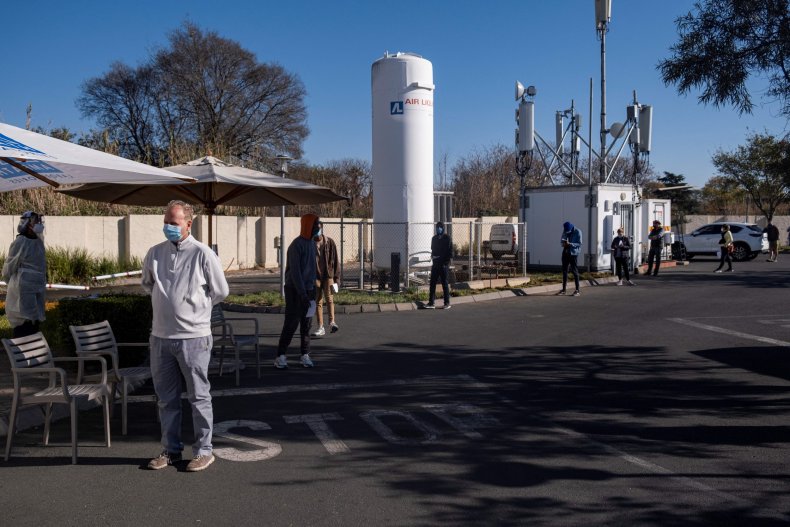 People are queuing to get tested for COVID-19 at Fourways Life Hospital in Johannesburg on June 28, 2021. South Africa was hardest hit by a third wave of infections, the Delta variant, which swept across Africa.
Emmanuel Croset / Getty Images