South Africa’s National Assembly passed a bill on Sept. 28 that would allow the government to seize land without paying the owners, a practice known as ‘expropriation without compensation.’

“This thing is emotional. We cannot deny it,” said South African farmer Herman J. Roos in a Sept. 29 message to The Epoch Times.

He noted that the law would not change Article 25 of South Africa’s constitution—a more radical move that the ruling African National Congress (ANC) has frequently advocated.

The Expropriation Bill, the latest gesture toward land reform in a racially and economically divided nation, still awaits approval from the National Council of Provinces.

It would then need the signature of President Cyril Ramaphosa, who has publicly supported expropriation without compensation for years.

The bill passed over the objections of several minority parties.

Notably, the National Assembly is dominated by the country’s ruling party, the left-wing ANC.

It controls over 57 percent of seats in the 400-seat chamber. The second-largest party, the centrist Democratic Alliance, controls under 21 percent of seats, followed by the openly communist Economic Freedom Fighters at a little under 11 percent of seats. The right-wing populist Freedom Front Plus, known for its opposition to expropriation without compensation, has just 2.38 percent of the body, or 10 seats.

Groups representing black farmers in the country have typically favored expropriation without compensation, as noted in a report from the United States Department of Agriculture.

That’s against the backdrop of mass landlessness among the supermajority of South Africans who are black or colored (a specific multiracial category in the country). Years after the end of apartheid and its racial restrictions on land ownership, much of South Africa’s land remains concentrated in the hands of white farmers.

The new bill would repeal the country’s 1975 law on land expropriation, which required both the buyer and seller to be willing. Critics of that law point out that it dates from the apartheid era.

Under the new bill, the government could take land “in the public interest” without compensating its owner in certain limited circumstances—for example, when the land is being held speculatively and not being cultivated. In those cases, uncompensated seizure could ultimately be considered “just and equitable,” according to the bill.

Yet, in practice, expropriation without compensation would not necessarily be easy. Cases could be held up in the justice system.

“The state has always had the power to expropriate land at minimal costs, depending on the circumstances,” said Sue-Mari Viljoen, a law professor at South Africa’s University of the Western Cape, in an Oct. 4 email to The Epoch Times.

“It now decrees that the state may pay nil Rand [South Africa’s currency]provided that it is justified, and a court would have to verify such justification.” 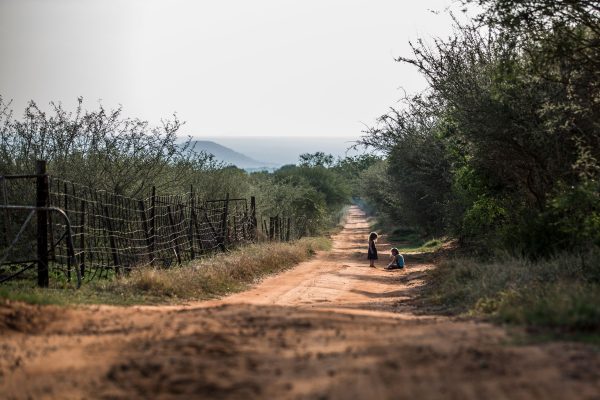 Public Works Minister Patricia de Lille, a member of the left-wing, environmentalist party Good, denied that the bill would lead to the mass redistribution of private property “without fair procedures or equitable compensation.”

“Many times, those against the Expropriation Bill have been people who were never subjected to laws that stripped people of their property or rights to own property,” she said during a Sept. 28 parliamentary debate over the bill.

“It is our responsibility to correct the historic injustice of land ownership patterns in South Africa,” she added.

‘It Is a Clear Warning’: Farmer

Although he is deeply troubled by the bill, South African farmer Roos thinks his country and sector face more pressing issues, at least for now.

One is the price of energy, which has risen precipitously. Meanwhile, the power grid has started to fail. Frequent outages, lasting hours at a time, are now the norm. 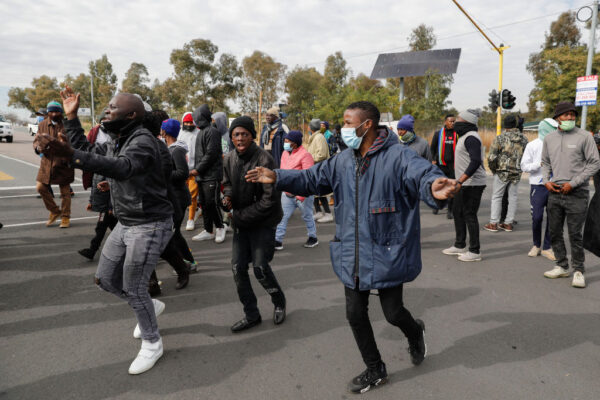 Soweto residents picket near the entrance to state entity Eskom Offices at Megawatt Park in Midrand, near Johannesburg, South Africa on June 9, 2021, due to the ongoing electricity disruptions. (Phill Magakoe/AFP via Getty Images)

In on Oct. 4 interview with The Epoch Times, Roos explained that unreliable electricity interferes with irrigation. That, in turn, damages crops.

“You need to irrigate between two to three inches a week just to have enough water put down so that you can have your crop grow properly, but now, you can’t put down one inch properly,” he said.

Roos’ second-greatest challenge is fertilizer. When Russia started cutting off the gas to Europe, fertilizer giants such as Norway’s Yara began to cut production.

The country may soon be financially gray-listed by the Financial Action Task Force. That could scare off vital foreign investment.

In addition, South Africa’s persistently high unemployment rate, currently above 33 percent, is another major problem. Such is the frequency of violent crime, including the brutal murder of farmers. 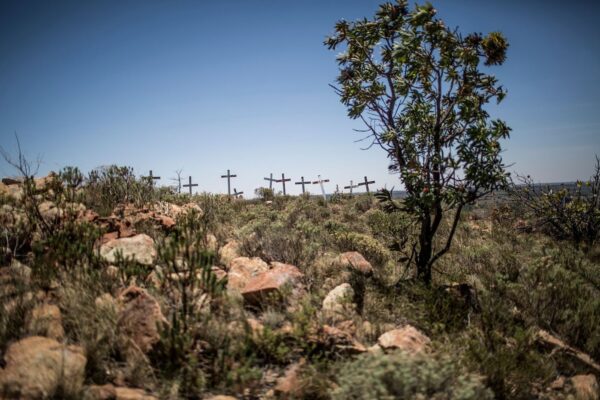 Crosses are planted on a hillside at the White Cross Monument, each one marking a white farmer killed in a farm murder, on Oct. 31, 2017, in Ysterberg, near Langebaan, South Africa. (Gulshan Khan/AFP via Getty Images)

Yet, even amidst these issues and worries of a worldwide recession, Roos does not expect an economic slowdown to crater the demand for farm products like his own: “There will always be a need for food.”

Roos does not discount the potential for more aggressive efforts at land redistribution by the ruling party, up to and including a change to the constitution.

“It is a clear warning of the intention of what the ANC wants to do,” Roos said.

Law professor Viljoen also sees it as a signal to farmers, although she emphasized that “active farmers” likely need not worry.

“I think that landowners should be a bit more cautious of how they deal with their property. To let valuable land stand vacant and unused for years/decades might now be viewed as irresponsible use when we are struggling to give effect to land reform and housing imperatives,” she wrote in her Oct. 4 emails.

The debate over expropriation has much to do with how South Africa’s 1996 post-apartheid constitution treats private property.

Its Bill of Rights references “the nation’s commitment to land reform, and to reforms to bring about equitable access to all South Africa’s natural resources.” That language embeds specific, historically contingent redistributive aims into its fundamental definition of property.

While the United States Bill of Rights does allow for eminent domain, its Fifth Amendment requires “just compensation.” That amendment also clarifies that people cannot be deprived of property without due process.

Responding to the ANC’s pro-expropriation rhetoric, the libertarian Foundation for Economic Education warned in 2018 that “the property rights of all South Africans are at risk, as one cannot truly have property rights so long as the government can arbitrarily take land away.”

Other commentators, such as South African law professor Viljoen, see the justice of expropriation without compensation.

Her recent law article on the push for expropriation, entitled “Wasting Land Amid Landlessness,” suggests that “the state is not only allowed, but perhaps even ordained to overthrow and overtake ownership, with a stewardship vision, in line with the Constitution.” 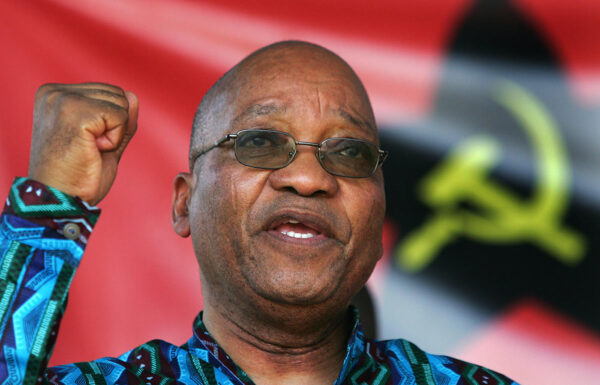 A file image of Jacob Zuma at a rally celebrating the South African Communist Party’s 85th anniversary in Pietermaritzburg on 30 July 2006. Zuma served as South African president from 2009 to 2018. He was also the president of the African National Congress (ANC) between 2007 and 2017. (Alexander Joe/AFP via Getty Images)

He pointed out that the Soviet Union trained many of the ANC’s exiled leaders during the Apartheid period.

Roos worries redistribution won’t end until “all property is transferred to the government.” He cited the nationalization of land in neighboring Mozambique after it became independent from Portugal.

The Epoch Times contacted the Economic Freedom Fighters, the ANC, and Freedom Front Plus for comment. None of them responded by press time.