As South Africa works to break away from the UK’s red list to attend COP26 meetings, the country has updated its Nationally Set Contributions (NDCs) to show more ambitious efforts to tackle the climate crisis. But the country’s scramble for energy could be a setback to meet its new goals.

South Africa is the 12th largest emitter of CO2 in the world, but it continues to pursue fossil fuel projects that will increase emissions. This week, however, the government lowered its target emissions range to align with the global goal of limiting temperature rise to 1.5 ° C by the end of the century by updating the country’s Nationally Determined Contributions (NDCs).

The updated posts, which precede the UK, US, France and Germany climate ambassadors who arrive in South Africa this week to discuss a possible coal tariff plan, will fall under the umbrella of the first NDCs submitted in 2016 and NDCs will be in 2025 Expected to publish articles every five years under the Paris Agreement commitments.

South Africa’s revised CO2 emission targets are between 350 and 420 tons of carbon dioxide equivalent (Mt CO2-eq). The country’s lower target range of 350 million t CO2-eq is compatible with the 1.5 ° C target of the Paris Agreement, making South Africa a pioneer and possibly making it a world leader in the fight against the climate crisis.

“There is a significant risk that our major emitters will see the cap of the new NDC range as an opportunity to delay reducing greenhouse gas emissions,” said Nicole Loser, attorney and director of Pollution and Climate Change at the Center for Environmental Rights. (Photo: Thapelo Morebudi / The Sunday Times)

However, its upper limit is above 1.5 ° C, which may threaten the country’s climate protection efforts.

Nicole Loser, attorney and director of the pollution and climate change department at the Center for Environmental Rights, said the new emissions range is a step closer to a safer climate, but expressed concerns about the cap.

“There is a significant risk that our major emitters will see the cap of the new NDC range as an opportunity to delay reducing greenhouse gas emissions. The cabinet’s decision is only relevant to our climate response if we can keep emissions at the lower limit. This is of particular concern for South Africa, a country that is warming twice the global average, ”Loser said in a statement.

The country plans to use its three levels of government (national, provincial, local) to ensure that adaptation and mitigation strategies set out by the President’s Climate Change Commission, the Inter-Ministerial Committee on Climate Change and the Provincial Forum on Climate Change are implemented and adhered to. The government will also work with business, civil society and research institutions, as the updated NDC document shows.

Building evidence-based support to ensure implementation of these strategies will cost the country $ 13 million between 2021 and 2030.

Some of these strategies include:

Ambitious goals and strategies put South Africa in a better position for climate finance as the country travels to the COP26 meeting in Glasgow, which awaits commitments and discussions on climate finance. 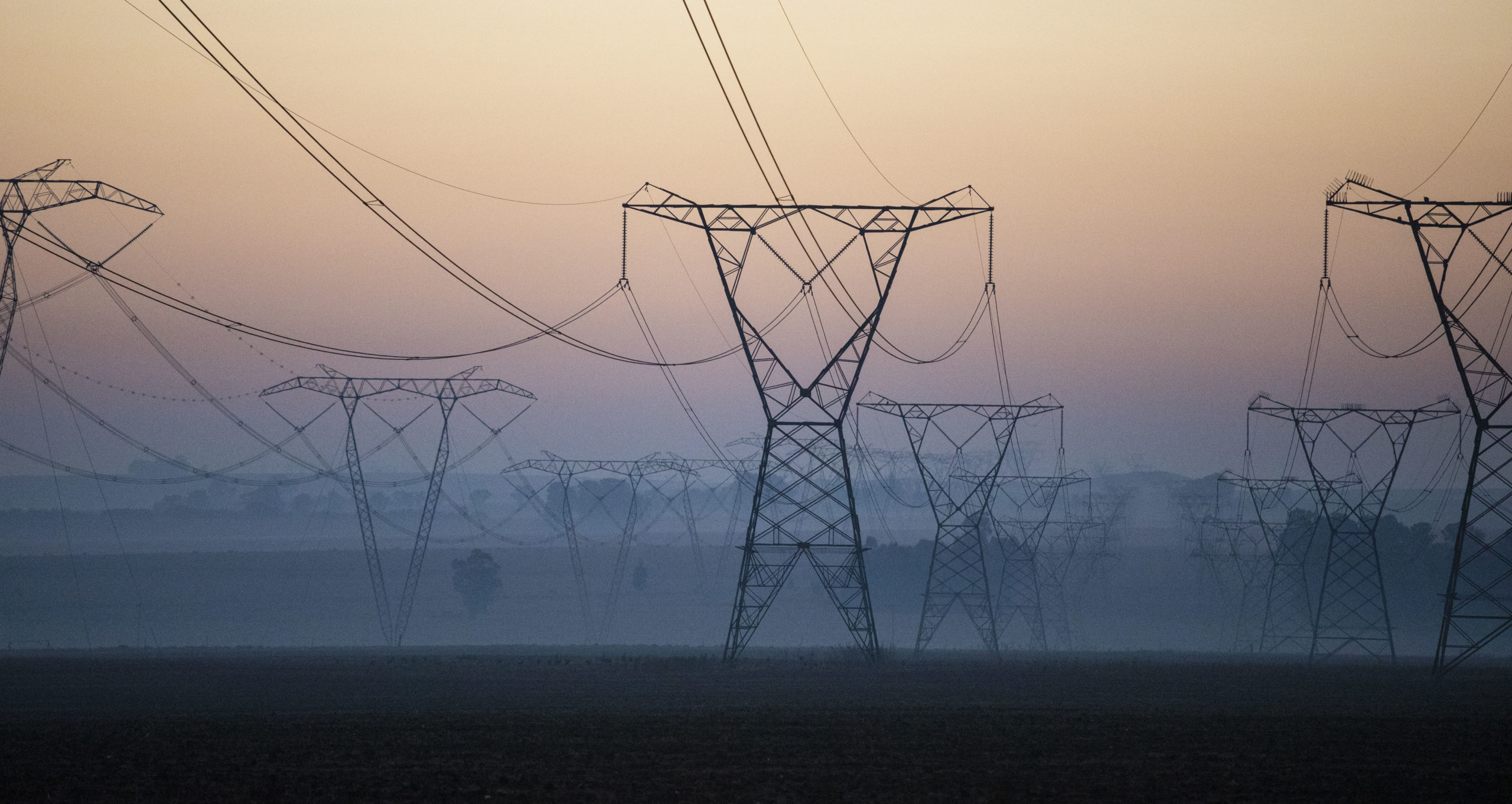 The South African delegation may have difficulty attending COP26 in the UK as SA has been placed on the UK Red List and requires 10 days of quarantine on arrival regardless of vaccination status. The South African government has met with the UK government to discuss the matter and it has been promised that the Red List will be reviewed in the next two weeks.

At COP25, wealthy countries pledged at least $ 100 billion a year to developing countries to help mitigate and adapt to climate change. According to studies, however, the industrialized nations met their obligations under the mammoth promise with only one billion US dollars per year between 2008 and 2019.

Last week, US President Joe Biden doubled the US climate pledge to developing countries, putting the amount at $ 11.2 billion by 2024.

According to the updated NDCs, South Africa expects to raise $ 8 billion annually in climate finance through 2030. The country needs climate finance to complete the transition from coal to renewables, as the switch could cost $ 10 billion.

Without climate finance, the country could struggle to meet its new NDCs, complete the just transition, and end up increasing emissions.

Eskom recently completed Medupi, the world’s most expensive coal-fired power plant, which has so far been built at an estimated cost of 120 billion ren. Completion of the plant is expected to increase coal demand by 16 million tons per year.

Dr. Roland Ngam, Climate Justice and Socio-Ecological Transformation Program Manager at Rosa Luxemburg Foundation, Southern Africa, said that given the recent development of South Africa’s Integrated Resource Plan to reduce its coal fleet and focus on renewable energies, there is scope for increasing the threshold for the embedded one Generation from 1 MW to 100 MW.

“We need to encourage the government to step up its decarbonization efforts and encourage international partners to help South Africa reduce its carbon emissions faster. Funding is needed to help utility Eskom move away from its coal fleet, ”said Ngam.

Despite the intense climate impacts as part of a business-as-usual approach, the Minister for Natural Resources and Energy, Gwede Mantashe, has made it clear that the way forward for South Africa’s energy needs would be a combination of renewable energies, gas and nuclear power. The National Energy Regulator of South Africa recently approved the procurement of the 2,500 MW nuclear program.

In addition, the Karpowership proposal is awaiting an environmental permit application from the Department of Forestry, Fisheries and the Environment in a more than R200 billion contract that could provide South Africa with an additional 1,220 MW of energy.

“With research on volatile gas emissions and international calls to abandon oil and gas, South Africa has an easy way to go – removing oil and gas from the energy mix. However, this requires a system change from the Department of Mineral Resources and Energy. The DMRE must recognize that climate change is real and that gas is not a transition fuel, ”said Liz McDaid, environmental activist with Green Connection and Undoing Tax Abuse (OUTA). 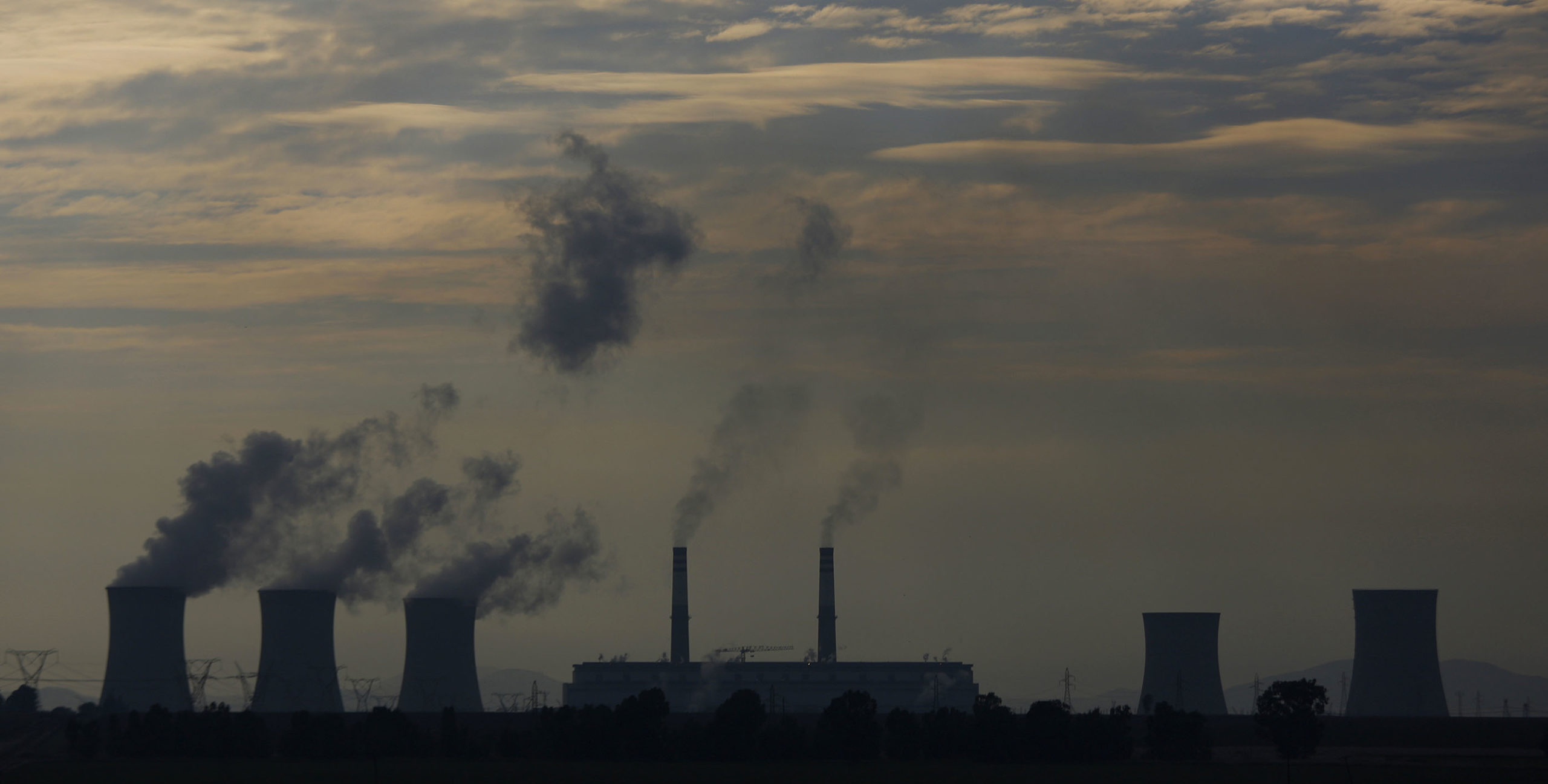 “We need to encourage the government to step up its decarbonization efforts,” said Dr. Roland Ngam, program manager for climate justice and socio-ecological transformation at the Rosa-Luxemburg-Stiftung, Southern Africa. (Photo: EPA-EFE / Kim Ludbrook)

The updated NDCs are based on global adaptation goals, expected climate impacts, South Africa’s adaptation strategy and the economic sectors most affected by the climate crisis. These sectors include health, agriculture and forestry, human settlements, biodiversity and water, the NDC document states.

Extreme weather events as a result of increased temperatures are expected to lead to water and food shortages with unbearable heat in the north, northeast and northeast of the country, as the NDC document shows.

Temperature extremes are also expected to severely affect a number of livelihoods, from biodiversity to health system stress, with vulnerable populations being hardest hit.

“We need real measures in the direction of renewable energies. South Africa is and is being hit hard by climate change, and the poor and marginalized will suffer. The government needs to wake up and act responsibly, ”said McDaid. DM / OBP

Publish our articles for free online or in print under a Creative Commons license.