EMALAHLENI, South Africa – In 2019, scientists from the South African government completed a study on the health effects of pollution from the country’s sprawling coal industry.

The researchers at the state council for scientific and industrial research had been assured by government agencies that their long-term study would be published, according to three people familiar with the matter.

It has not yet seen the light of day.

The study, a copy of which was verified by Reuters, showed that more than 5,000 South Africans die annually in the country’s coal belt because the government has not fully enforced its own air quality standards. It also found that nearly a quarter of households in the region, home to 3.6 million people, have children with persistent asthma. That is double the national price.

The South African government has been granting its indebted state-owned energy and fuel companies Eskom and Sasol exemptions from emission limits in order to save money.

This type of ongoing government support underscores a problem in many coal-dependent countries, from Australia to Indonesia, that is hindering the transition to cleaner energy. In producing countries, governments, companies and local residents often see coal as an economic lifeline.

South Africa’s coal industry, the fifth largest in the world, employs 90,000 miners, generates 80% of the country’s electricity and supplies the raw materials for about a quarter of the country’s liquid fuel for vehicles, all at a time of rising unemployment and frequent blackouts.

The cost of a mammoth coal industry is also high, and not just for the climate. South Africa’s coal belt is covered in smog and coal ash; the stench of sulfur permeates. According to experts, the area east of Johannesburg is one of the most polluted in the world and can compete with Beijing and New Delhi.

A disused coal mine can be seen in the background while a woman and her children watch a township in Emalahleni. | REUTERS

Environment Minister Barbara Creecy, whose division commissioned the 2019 coal health study, declined to say why it remains unpublished. She said the government still intends to release it at some point.

“We understand that communities are facing serious health challenges,” she said, adding that the government believes that improving air quality is “absolutely essential”.

But Creecy’s agency – the Department of Fisheries, Forestry and the Environment – has publicly defended its lax enforcement of pollution regulations as an economic necessity in legal battles with activists. A recent submission said the main challenge was to fight pollution without “hurting the poor who are desperate for work”.

Coal in the crosshairs

Coal is in the crosshairs of global efforts to replace it with cleaner fuels.

According to the non-profit Global Carbon Atlas, South Africa is the twelfth largest greenhouse gas emitter in the world. This water-stressed country is also one of the big losers from climate change. According to the International Panel on Climate Change, temperatures in southern Africa are rising twice as fast as the global average, pushing the region’s northwestern deserts south.

To secure foreign investment, Eskom is planning a $ 10 billion plan to shut down most of its coal-fired power plants by 2050 and use renewable energies like wind and solar with funding from wealthy nations. The United States, Britain, France, Germany and the European Union gave these efforts a big boost last week, earmarking $ 8.5 billion to help South Africa move away from coal.

However, Eskom’s green push has brought the company into conflict with Energy Minister Gwede Mantashe, who has called abandoning coal an “economic suicide”.

Mantashe represents a powerful constituency within the ruling ANC, which includes labor unions, the support of which the party relies on to win elections. These unions, like Mantashe, are concerned about job losses. 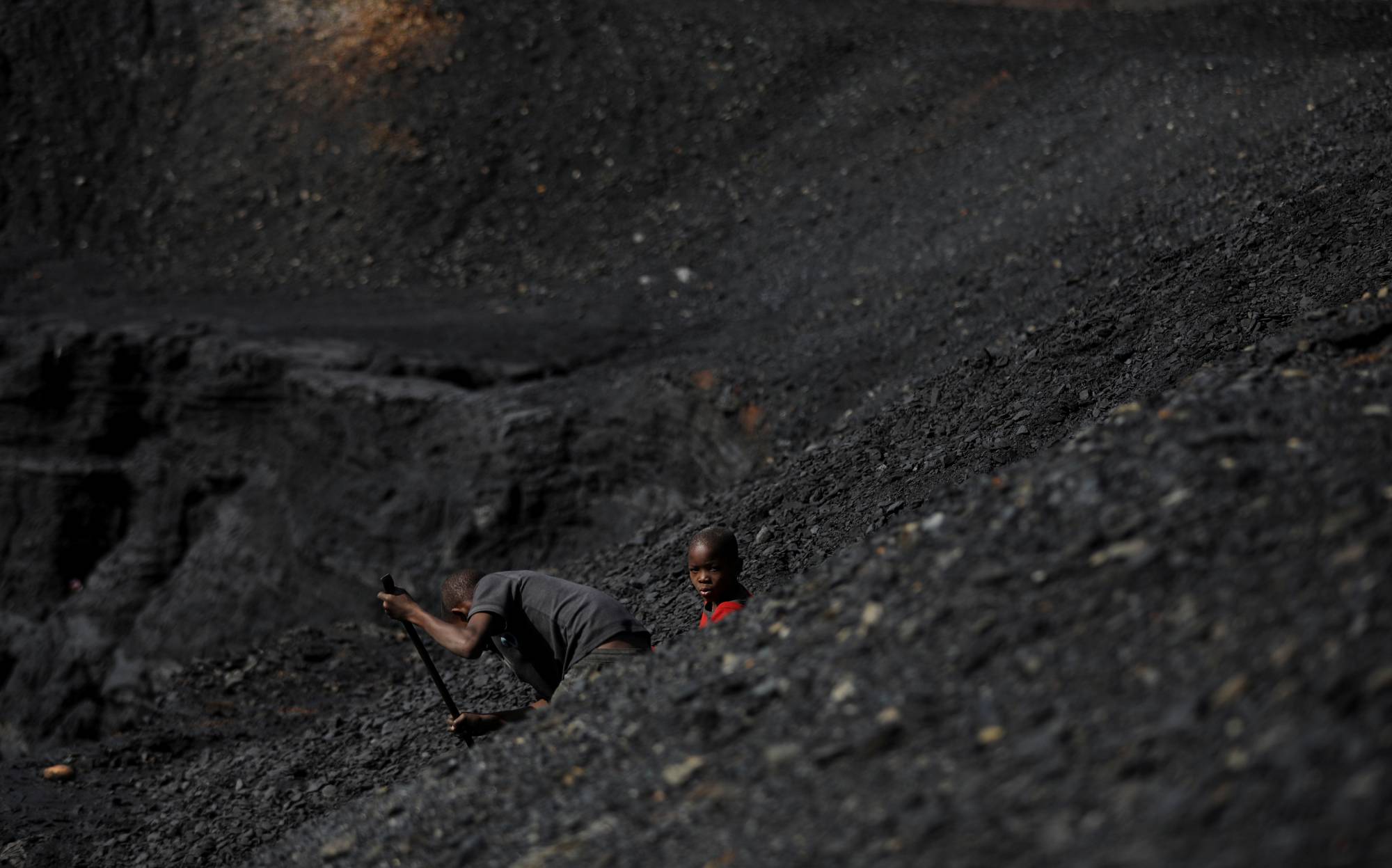 A child collects lumps of coal from a colliery while smoke rises from the Duvha coal-fired power station in Emalahleni. | REUTERS

“We shouldn’t collapse our economy because it is greedy for green finance,” Matashe said at a South African mining conference in October. He previously said shutting down the country’s coal-fired power plants would allow South Africans “to breathe fresh air in the dark”.

Darkness is already a familiar experience in the coal belt. Power outages are a daily reality for the barracks between the mine shafts and cooling towers of cities like Emalahleni – “The place of coal” in the Zulu language.

If people stay, it’s for the chance of a job.

Mbali Matabule and her partner were high school students when they exchanged phone numbers on a dirt road in Vosman, a community outside Emalahleni. After graduation, her partner found work at Sasol’s Secunda plant, which converts coal into liquid fuel for cars. The following year, Matabule gave birth to their first child, Princess.

His salary enabled them to feed and dress their daughter and buy the stuff of middle-class living: a television, microwave, refrigerator, and electric stove to house her in her hut on her parents’ property.

Then, in May 2018, as she neared her fourth birthday, Princess began struggling to breathe. They took her to the hospital, where a doctor put a mask on princess’s face that was attached to a nebulizer.

“They said she had asthma,” said Matabule. “I thought: why? She was not born with asthma. “

Towards the end of the year they had a second child, Asemahle, who soon also had breathing problems.

“Her chest was scratching,” said Matabule.

Hospital visits became routine and medical costs rose. With no health insurance, the couple spent 2,500 rand (184.03) a month on medical bills for their children, nearly half the salary of Mbali’s partner.

Among the worst in the world

The smog released when burning coal is mixed with chemicals such as sulfur and nitrogen oxides, mercury and lead, and radioactive elements such as uranium and thorium.

“We know that coal pollution causes lung problems and heart disease. It affects the cognitive development of children, ”said Mohammed Tayob, a doctor in Middleberg, one of the hardest hit cities in the coal belt.

The CSIR study received by Reuters in 2019 concluded that 5,125 lives could be saved in the coal belt every year by enforcing national air quality standards for soot, also known as particulate matter.

The air in Emalahleni contains around 20% more particulate matter than the national limit of 40 micrograms per cubic meter and more than three times more than recommended by the World Health Organization.

The region’s sulfur dioxide levels are now off the charts. The nonprofit Center for Research on Energy and Clean Air found this month that Eskom alone emits more SO2 than the entire power sector in the United States and China combined.

To clear the air would require tough crackdown on polluting industries. 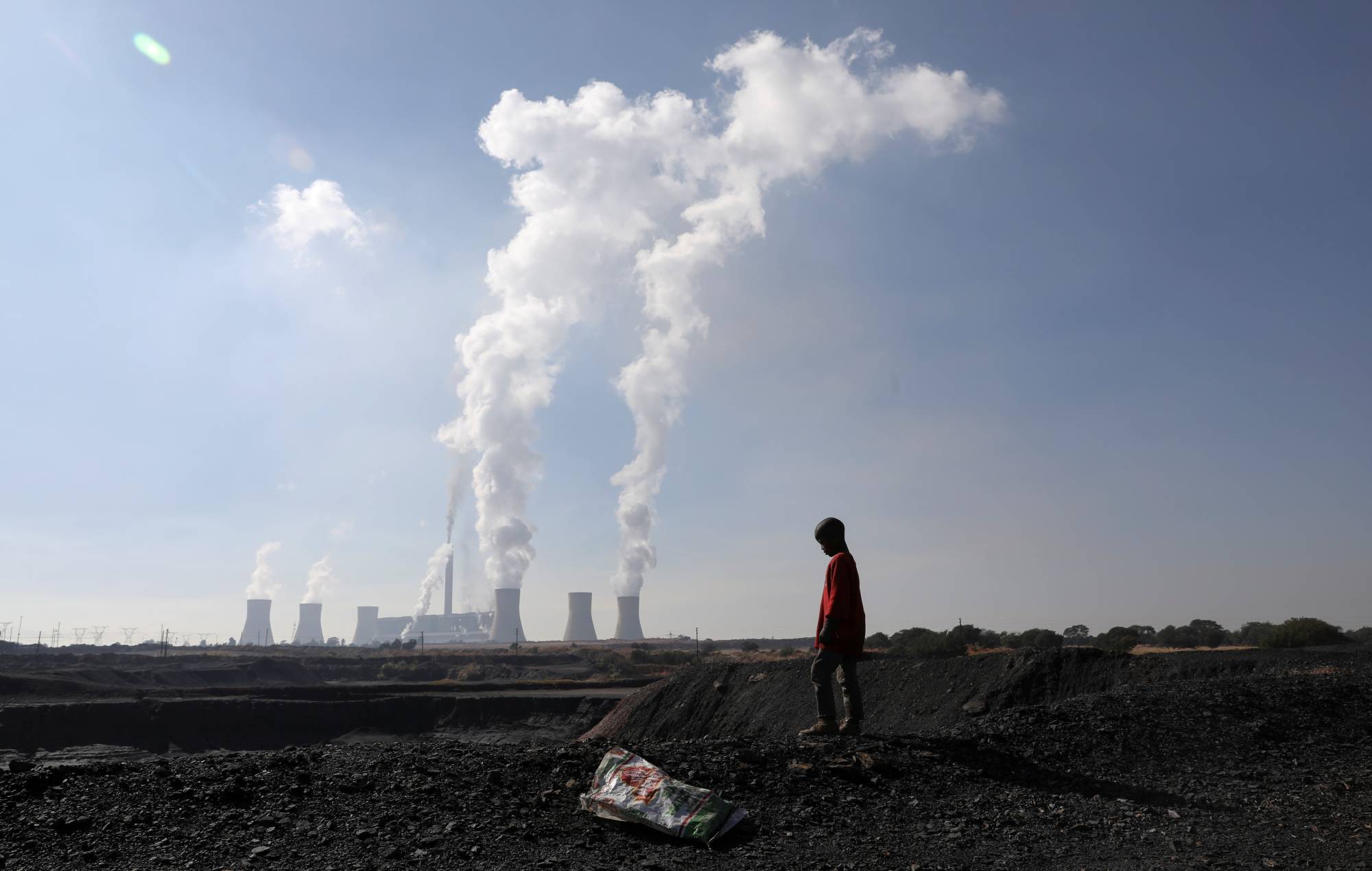 Eskom environmental manager Deidre Herbst said the government exemptions allowing his company to exceed pollutant limits were an economic imperative: it would cost 300 billion rand ($ 20 billion) and last 10 to 15 years in order to fully meet the national SO2 standards, leading to prolonged outages in the meantime.

“There is no way we can get compliant right away,” she said, and South Africa cannot just shut down all coal-fired power plants.

Sasol spokesman Matebelo Motloung said the company’s emissions are allowed under its operating licenses and the company hopes to adopt cleaner technologies in the future.

“People were sick and died”

Matabule hadn’t imagined that the haze in her neighborhood was behind her children’s illness until she attended a local meeting about air pollution and heard the stories of neighbors.

“I got so angry because nobody was doing anything and people were sick and dying,” said Matabule.

But like her husband, who depends on coal for his paycheck, many in their community are skeptical about a transition to cleaner energy.

Vosman, 33, Valentia Msiza said her family has been doing well since her husband got his job in the coal mines. They fear a transition might leave them behind.

They too have a child with respiratory problems – and without the man’s salary and health insurance, they cannot afford to care for him. The family is looking for a specialist to treat their toddler’s lung disease.

“This is our last hope now,” said Valentia.

In a time of misinformation and too much information, Quality journalism is more important than ever.
By subscribing you can help us get the story right.