For years, the adoption of mobile phones in Kenya has been hailed as a success story and an indicator that the country is on the cusp of digital transformation.

The latest data from the industry regulator Communications Authority of Kenya (CA) indicates that the number of mobile phone subscribers in the country stood at 65.08 million as of December 2021, giving the country a 133 per cent mobile penetration rate.

This information is provided by mobile network operators (MNOs) on a quarterly basis as part of their licensing conditions, with CA prescribing how this indicator should be measured and recorded.

“Only active subscriptions should be included (those who used their lines at least once in the last three months for making or receiving a call or carrying out a non-voice activity such as sending or reading an SMS or accessing the Internet),” explains the regulator in its guiding manual to MNOs for the collection of supply-side data.

In recent years, however, this measurement has become insufficient in giving an accurate picture of how Kenyans obtain and utilize telecommunication services.

This has been further complicated by the growth of mobile broadband, with subscribers buying several SIM cards and switching through service providers during promotional offers.

It is against this backdrop that newly appointed CA boss Ezra Chiloba has taken MNOs to task to provide an accurate picture of their customer base in a move that could see millions of subscribers culled from the register.

“We requested the operators to give us the true status of registration compliance, but what we found out is that quite a number of them had not been able to put together a database that is fully compliant, hence we started the campaign,” said CA Director-General Mr Ezra Chiloba on the ongoing mandatory SIM registration exercise.

According to CA, the mobile subscriber data held by the respective operators is incomplete and in some instances, the government has relied on the Integrated Population Registration System (IPRS) to verify the authenticity of subscribers.

“On average, we are talking about 50 per cent of the mobile subscribers are duly registered,” said Mr Chiloba. Last week, the regulator extended the SIM card registration deadline by six months, with mobile network providers expected to provide monthly progress reports.

At the end of the registration period, CA will undertake an audit to establish the number of active subscribers.

For the first time, policymakers and development partners are set to determine the true nature of the country’s mobile adoption. 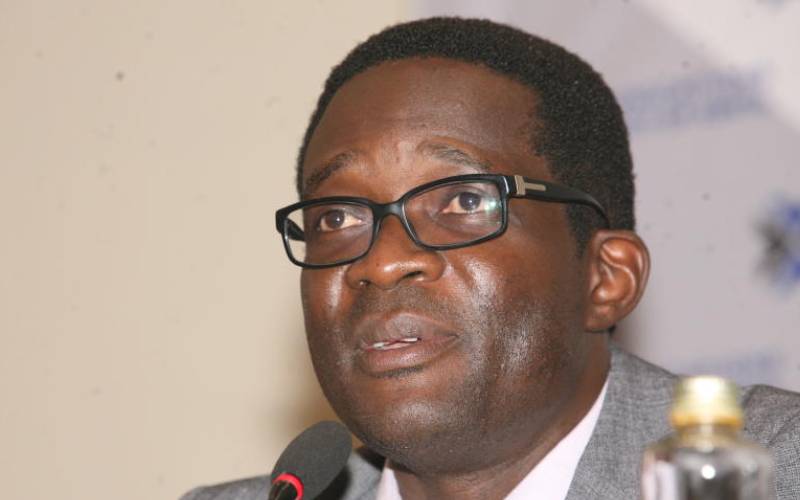 This data is likely to revise the country’s development indicators that have in the past decade leaned heavily on the success of mobile subscriber data.

This data is syndicated to other State agencies such as the Kenya National Bureau of Statistics (KNBS), Central bank of Kenya (CBK) and Competition Authority of Kenya (CAK). The figures are also heavily relied on by development partners like the World Bank, which puts Kenya’s mobile subscriptions per 100 people at 114 as of 2020.

However, in its latest annual report, Safaricom indicates that the number of monthly active customers stands at 31.45 million. This means 10.2 million subscribers, meaning a quarter of the telco’s customers are not active users.

Culling the number of inactive mobile subscribers from the country’s register will create a new base for measuring the country’s digital progress and could explain Kenya’s conflicting ranking in other development indices.

The International Telecommunication Union (ITU) and the World Economic Forum (WEF) have identified Kenya as one of the six countries in Africa classified as high innovation achievers.

“Of the six countries that the World Economic Forum 2019 Global Competitiveness Ranking identified as doing best in terms of competitiveness, the top four are also the countries with the highest income levels in the region: Mauritius, South Africa, Botswana, and Namibia,” explains the ITU in its latest report on the region.

Kenya’s performance, however, dims when stacked against global economies, indicating that several gaps still exist that undermine the country’s overall performance and ranking relative to other similar-sized economies.

According to ITU, Kenya ranks 77th out of 129 economies globally in the Global Innovation Index, a ranking classified as “insufficient performance.” 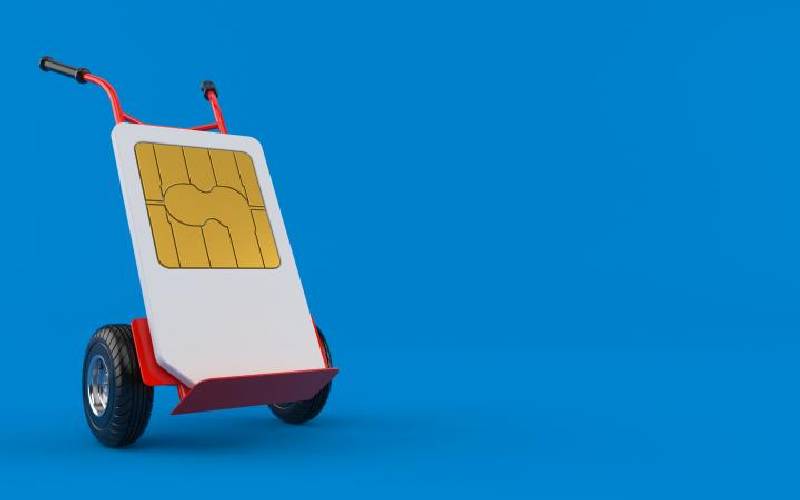 Kenya is further ranked poorer in the Global Competitive Index (95/141) and the Global Entrepreneurship Index (109/137).

“Our interpretation for the operator is that every SIM card that is not properly registered will attract the Sh300,000 penalty,” he added. This means Safaricom for example, could be on the hook for about Sh3 billion in penalties for 10 million subscribers that are unregistered.

“Our aim is to ensure 100 per cent compliance,” explained Mr Chiloba. “Once the six months lapse, we’ll have to take the necessary action.”

CA, however, still faces stiff opposition from sections of the public that are accusing the regulator of overreach and for collecting too much public data without demonstrating it has adequate safeguards to ensure it is not misused.

In the 2017 General Election, officials at the Independent and Boundaries Commission (IEBC) were accused of selling the personal data of millions of Kenyans, including names, phone numbers and geographic locations, to political aspirants. The information was then used to spam users with campaign messages days before the elections.

At the same time, the experience of other countries has cast doubt on the effectiveness of mandatory SIM card registration to deter crime, a position relied on heavily by CA in pushing its agenda.

In Mexico, a mandatory SIM card registration law enacted in 2009 was repeated three years later after it emerged that criminals adapted to circumvent the process and continue operating.