A couple of months into the Covid lockdown in South Africa, Dimakatso, 25, resorted to sleeping with an older, married man for 1,000 rand (£50).

It was the first time she had had sex for money. She did it because she needed to feed her two children aged five and eight; she was unemployed, and her mother, the sole earner in the household, had lost her job.

“I was desperate and thought I was safe, even though it’s super risky,” says Dimakatso. “It was because of Covid. There were no jobs. If you didn’t do it, you would starve with your children.”

Dimakatso is not alone. The latest UN Aids report, which surveyed 2,812 South African women who are either HIV positive or live in high-risk areas, found that since the start of the Covid pandemic in 2020, 15% more women reported using sex work or transactional sex – where money, gifts or services are given in exchange for sex – to sustain their livelihoods.

Transactional sex is common across a number of countries in sub-Saharan Africa, according to Anne Githuku-Shongwe, a regional director at UNAids. “I would say that in any country that is in a conflict or some form of humanitarian crisis, transacting girls and violence against girls is normalized,” she says. “There’s no protection, no safety. It’s a free for all.”

HIV infections and pregnancies among teenagers and young women (between 15 and 24) are on the rise. In 2021, an estimated 250,000 were newly infected with HIV globally, according to the report, with 82% of that number in sub-Saharan Africa.

Transactional sex, or the “blesser” (sugar daddy) phenomenon, as it is commonly known in South Africa, is partly to blame, say experts.

“We have a problem with transactional sex and ‘blesser-blessee’ relations,” says Deevia Bhana, a professor in gender and childhood sexuality at the University of KwaZulu-Natal in South Africa. “An early sexual debut correlates with a greater risk of getting HIV.”

If I sleep over at a man’s house, I come home with 1,000 rand at least. That will buy me a meal for my children Dimakatiso

Dimakatso is HIV positive. In Soshanguve, a township around 20 miles from Pretoria where she lives, the practice is common, she says. “In my community we live by something they call AmaVuso, which is money after sex … If I sleep over at a man’s house, I come home and I have 1,000 rand at least. That will buy me a meal for my children, and cold drinks. It’s life, we go on.”

Dimakatso contracted HIV from an ex-boyfriend who didn’t tell her his status. She was diagnosed when she was pregnant with her first child. She takes antiretrovirals and the virus is undetectable in her blood, which means she cannot pass on the virus through sex and she can have children without giving it to them. She insists a condom is used when she has sex with a man for money. Many who engage in this practice don’t, however. 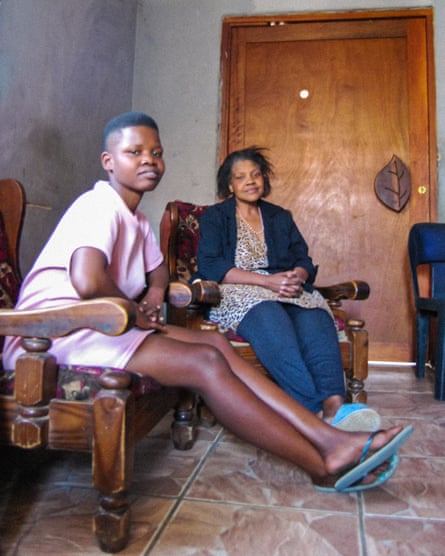 “We are finding increasingly that families are making decisions to transact their daughters,” she says. “The higher the economic pressure on families, the higher the chance their daughter is transacted one way or another – whether into a formal marriage, or some kind of relationship that provides them with economic opportunity [permanently] or from time to time, as needed.”

Men also play a role, she adds. Toxic masculinity dictates that men should “take a girl at a young age for marriage”, or have a relationship with a young woman. Violence and “transacting women” is prevalent in South Africa.

Dimakatso is aware of the risks. She confided in a cousin about what she was doing and where she was going. Her mother didn’t know what her daughter was doing, but later found out.

Get a different world view with a roundup of the best news, features and pictures, curated by our global development team

“It hurts that she has to do this because of poverty,” says her mother. “If I’d known, I would have said ‘don’t go there’. These guys kill girls. In South Africa the rate of gender-based violence is very high. Boyfriends kill their girlfriends because they pay them and feel they own them.”

A report from the Medical Research Council revealed that, as of 2017, three women are killed each day by an intimate partner.

Githuku-Shongwe believes education around the risk of HIV and prevention is key; as well as making sure girls can get jobs after they finish studying. If all else fails, girls should know how to protect themselves, by using a condom, for example. 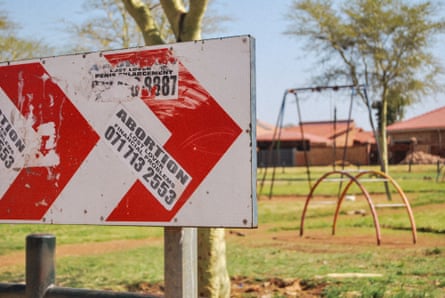 With future economic uncertainty and high unemployment levels – the unemployment rate for those aged 15-24 is almost 64%, while the national rate is 34.5% – the outlook is bleak. Women and girls will continue to use whatever means they have to survive.

But, says Bhana, the economy will not fix the problem of transactional sex. “It’s beyond that. It’s about changing the ideologies through which we see life, and men and women see their positions [in society]. A woman’s position at a young age is already as an object to be deployed to gain economic resources.”

She adds: “This is not simply male abuse of girls. It’s also about girls’ active desire for new ways of living, and jumping out of the constraints of economic deprivation.”

Buhari’s desire is to hand over safer Nigeria to successor – NSA, Mongunu