The school had to be shut down because of gangsterism and vandalism.

Everyone has probably seen or heard about theft incidents multiple times because they are so prevalent in today’s world. However, there is an unusual story of theft that will undoubtedly astonish everyone. In South Africa, thieves made an entire school disappear. They stole things in such a way that only the foundation was left in the substantial school building.

According to the British newspaper Metro, a South African school has completely vanished after thieves removed every single one of its bricks. Uitzig Secondary School, in Cape Town, has been reduced to just its foundations within six months of it closing in 2019. People who ransacked the once-proud institution took every single brick, window, and roof tile, along with all the toilets, electrics , plumbing, and blackboards.

They allegedly sold the windows for Rs. 450 each and the bricks for Rs. 2.25 each. According to the locals, “drug addicts stole the school piece by piece so they could sell all the materials for enough money to get a fix.”

“The Department of Education ordered the school to close its doors to students in 2019 after an investigation found that it was structurally unstable and plagued by “gangsterism and vandalism.” After six months of closure, all that was left of the school was its foundation ,” reported the news website capetownetc.

A picture of the school’s plight can be seen on Google Earth. This issue gained attention after images of it appeared on social media. 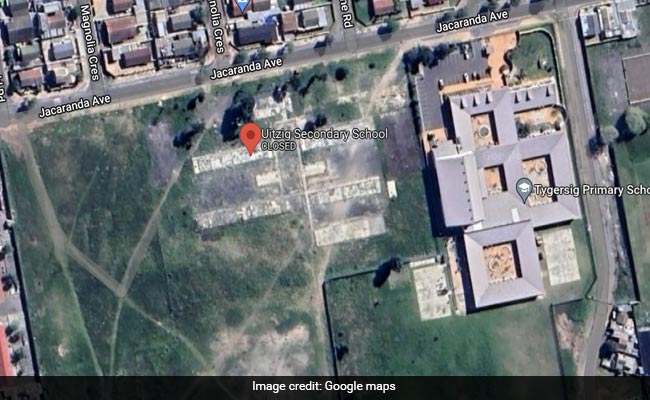 Land where the former Uitzig Secondary School was located.

The school, according to the locals, had a great entrance gate, a hall, five classrooms, and two restrooms. In addition to this, furniture, appliances, and other significant objects were stored. But the goods were stolen one by one by the robbers.

Featured Video Of The Day

Woman, Child Flung Into Air As Car Rams Into Bike In Pune

Haven’t Seen Your Doctor in a Few Years? You May Need to Find a New One