Wasoko is still headquartered in Kenya

Amidst rumors about its relocation to Tanzania, Wasoko has revealed that it is headquartered in Kenya. 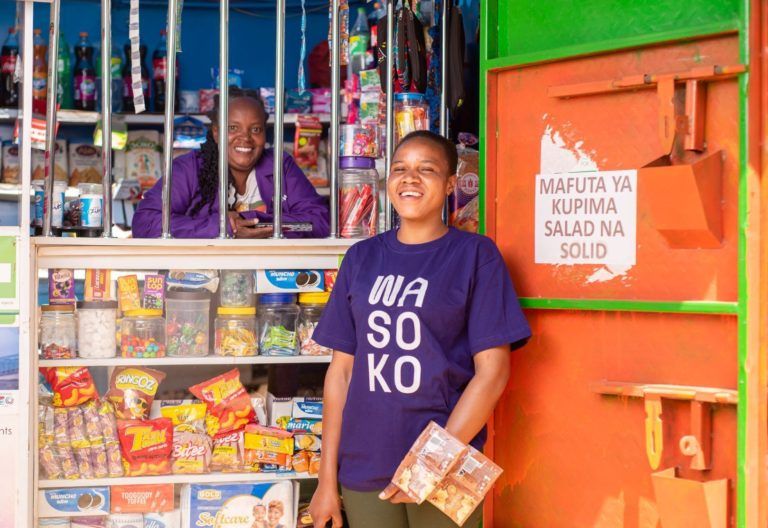 Wasoko members in a store with an ad poster in Swahili

In August 2022, Kenyan e-commerce, Wasoko (formerly Sokowatch) announced the launch of the Wasoko Innovation Hub in partnership with the Tanzanian government of Zanzibar.

The Wasoko Innovation Hub is the first private-public partnership between an African tech startup and the Zanzibar government for “Silicon Zanzibar”—an initiative aimed at attracting and relocating tech companies from across Africa to the island.

“No longer will tech companies need to open offices and move their people to Dubai or London to manage their operations in Africa. We are providing an open and enabling environment for all tech companies and their team members to be based in Zanzibar,” Mudrick Soraga , Zanzibar Minister of Investment and Economic Development, said.

The hub is home to over 500 visionary engineers, product managers, UX designers and researchers from Africa and across the globe.

Following this partnership, several African tech media outlets reported that the company has relocated to Fumba Town in Zanzibar, where the hub is located. Wasoko’s CEO, Daniel Yu, describes these reports as “false and misleading”.

According to Yu, Wasoko recently launched its new headquarters offices at Senteu Plaza, Kilimani in Nairobi. Although he has previously stated that “the tax rate is lower in Zanzibar, and there are better fiscal incentives. It is also easier to secure work and business visas compared to Nairobi,” Yu maintained that “Wasoko continues to be headquartered in Kenya.” 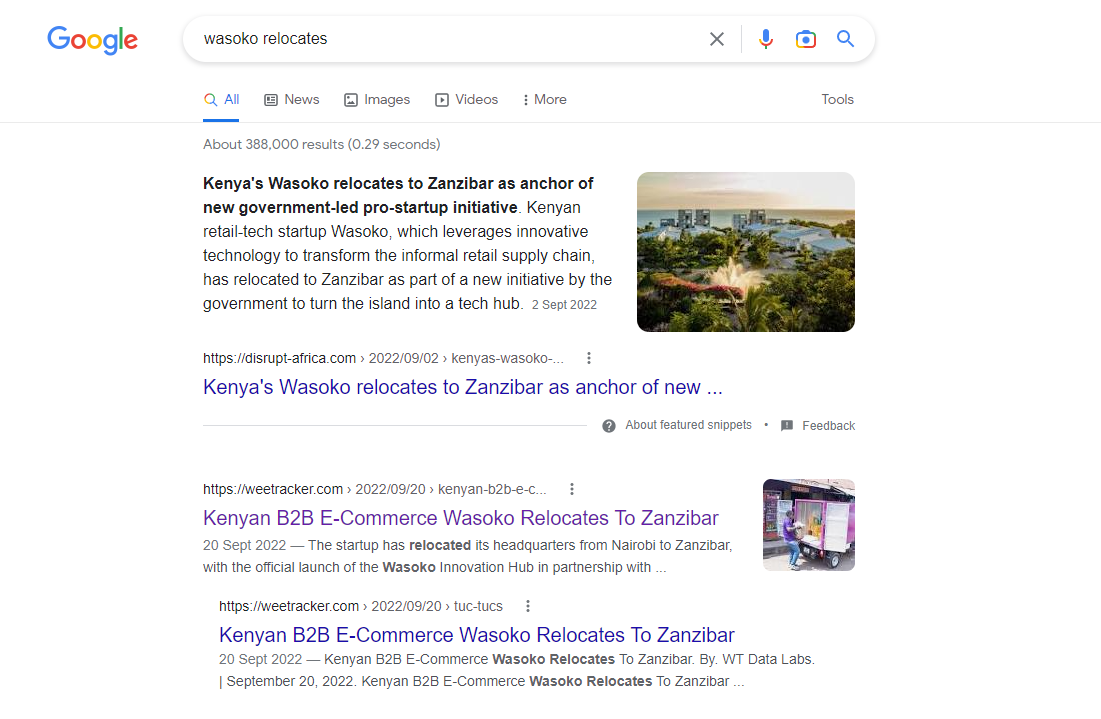 In 2016, Yu launched Wasoko in Kenya as an asset-light platform and a marketplace for distributing fast-moving consumer goods from suppliers to retailers. The company expanded into Tanzania, Rwanda and Uganda in 2018. Recently, the e-commerce company commenced operations in Ivory Coast and Senegal.

“Wasoko” means “people of the market” in Swahili.

Despite its pan-African expansion, its Kenyan office is the largest with over 936 employees working with a local customer base of 48,000. “Our position here [in Kenya] has been instrumental to the company’s success, evolution and ability to scale across Africa,” Yu said.

In March 2022, Wasoko raised $125 million in Series B funding from Tiger Global and Avenir— at a $625 million valuation, this is two years after it closed a $14 million Series A. Since its launch, the company has delivered over 2.5 million orders to more than 50,000 active retail customers in its network. Wasoko said its revenue has grown over 500% in the past year and 1,000% since 2019. 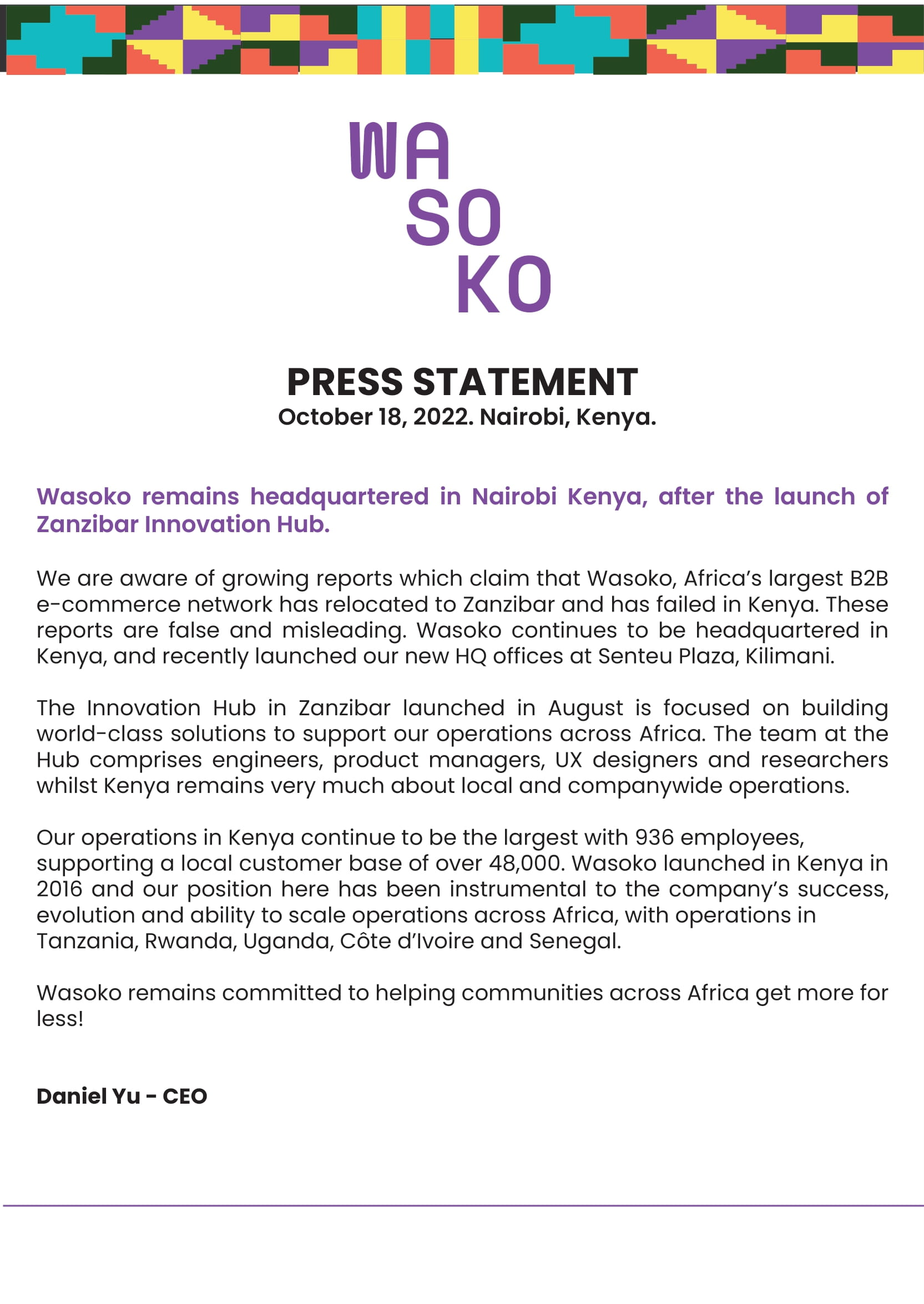 A statement by Daniel Yu on the alleged relocation