As the world’s top marathoners were making noise in Tokyo, South Africa’s Stephen Mokoka quietly broke the 50K world record in 2:40:13 at the Nedbank Runified 50K in Gqeberha, South Africa.

The three-time Olympian has been running marathons for more than a decade but made history in his first 50K race. Mokoka came through the marathon checkpoint in 2:15:16 before closing the final eight kilometers in 25 minutes to break the previous world record of 2:42:07 that was set by Ethiopia’s Ketema Negasa at the same event last year.

Mokoka is no stranger to the world stage, as he’s had three top-10 world championship finishes in the past five years at world marathon and half marathon championships, with his top finish being fifth at the 2019 World Championships in Doha, Qatar.

In 2021, World Athletics decided to add the 50K distance to the list of events in which world records are recognized, due to the increasing popularity of 50K road races. A few weeks later, the inaugural 50K world record was set by Negasa at the 2021 Nedbank Runified race. 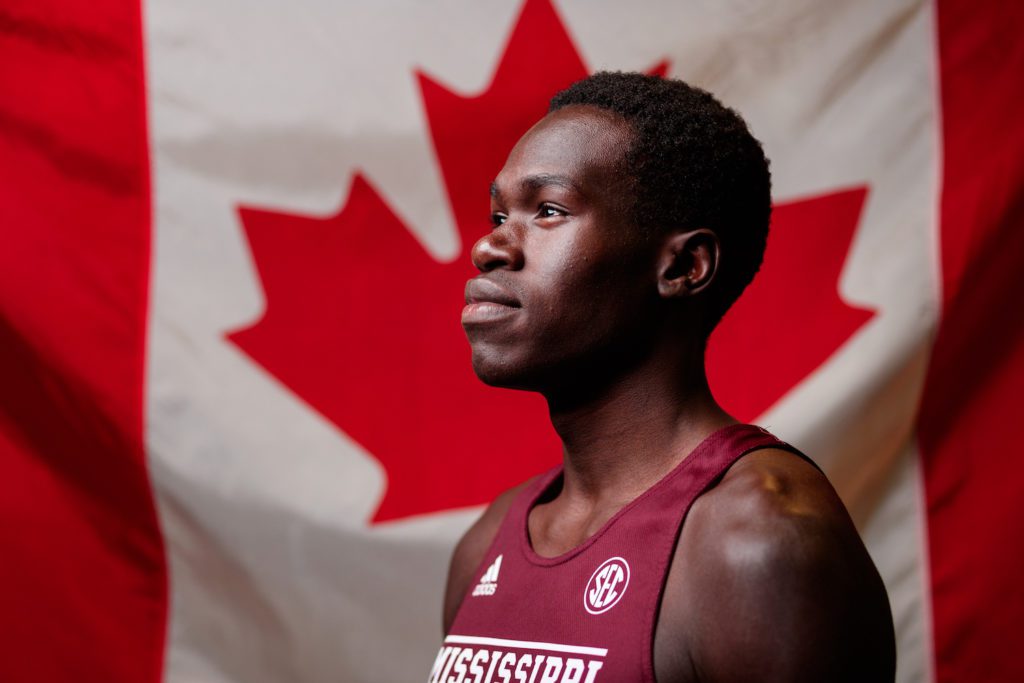 At the Adam Sanford Pro meet at the Armory Track and Field Center in New York City, Canada’s indoor 800m record holder made his 2022 800m debut. Arop won the race in 1:46.66 to handily beat Kenya’s Michael Saruni and Puerto Rico’s Ryan Sanchez. This event was a tune-up for Arop, as he will represent Canada in the 800m at the World Indoor Championships in Serbia later this month. 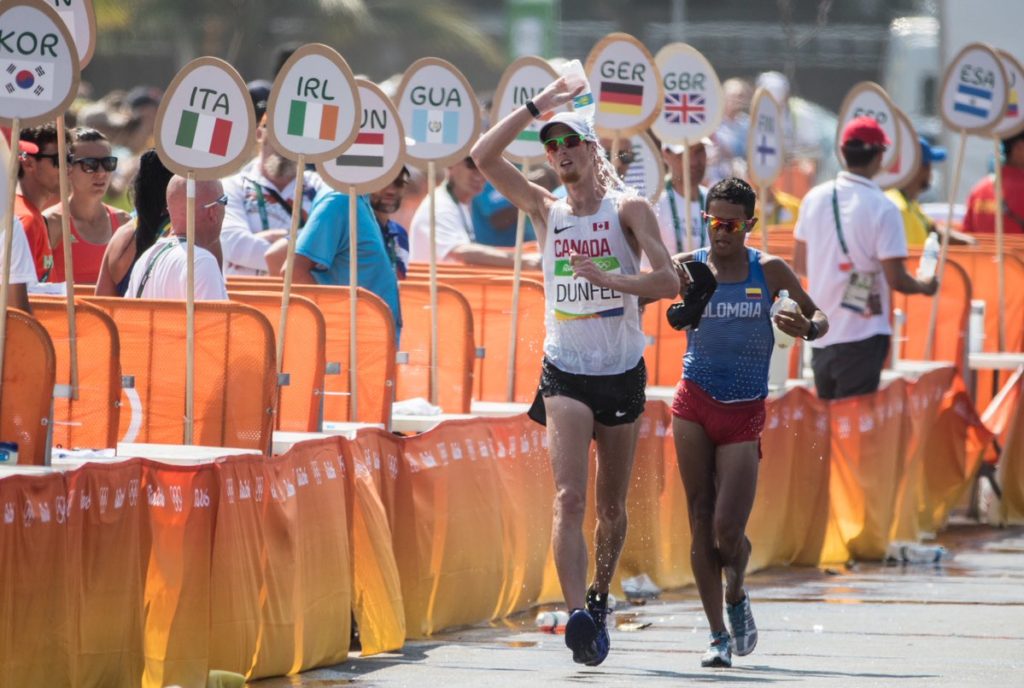 The Olympic bronze medalist in the 50K race walk set a personal best time in the 35K at the World Race Walking Team Championships in Muscat, Oman. Dunfee just missed the podium, crossing the finish line in seventh in 2:38:08. Sweden’s Perseus Karlstrom won the race in a course record time of 2:36:14, while Spain took home the team championship with four athletes finishing inside the top-20. 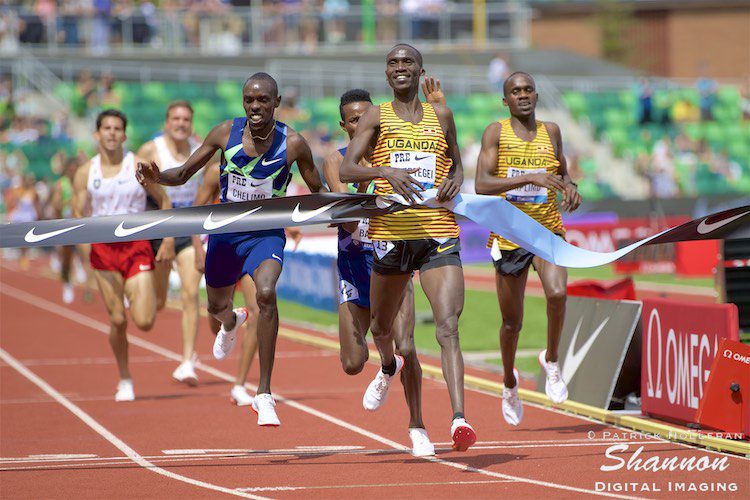 This race marked Cheptegei’s start to his 2022 season. Before the Cannes event, the 5,000 and 10,000m world record holder had not raced since August, when he won the two-mile race at the Prefontaine Classic in Oregon.

Cheptegei, 25, beat Kenya’s samuel habtom, who came a distant second in 27 minutes and 51 seconds, while Uganda’s Abel Sikovo came third, posting 27.58 minutes. After winning the race, Cheptegei said to the media that the race win will give him extra confidence going into the outdoor track season.