Aircraft, helicopters, boats and all-terrain vehicles are deployed, hundreds of camera traps and satellite collars monitored, and a number of manure surveys across Kenya as the country begins its first national wildlife census.

The census, which includes the country’s 58 national parks and reserves, private and municipal nature reserves, is expected to be completed by the end of July. It will cost 250 million Kenyan shillings (£ 1.6 million) and include a number of terrestrial and marine mammals, key birds such as ostriches and coriards, and critically endangered primates. The results are expected in August.

The goal of the census is to establish a baseline of the condition and distribution of wildlife to determine policy direction. The country’s Cabinet Secretary for Tourism and Wildlife, Najib Balala, said the census will also recommend modern strategies for effective wildlife conservation and management. while monitoring the number and distribution of rare and threatened species such as pangolins and greens and hawksbill turtles, which are declining in numbers due to intensive poaching. 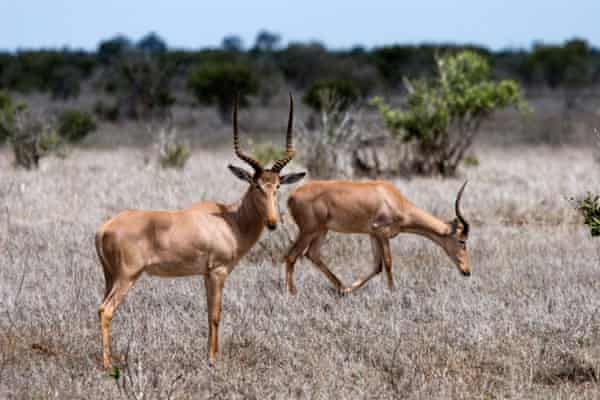 Hirola, a rare species of antelope that is on the IUCN’s “Endangered” list in Kenya’s Tsavo East National Park. Photo: Andrew Woodley / Alamy

While the country has conducted targeted counts of endangered animals such as elephants and rhinos, other rare, endangered, and threatened species have been poorly monitored, “whose numbers and distribution have decreased significantly over the past three decades,” the government says. These include rare species of antelope, including the sable, sitatunga, hirola and mountain bongo. Mountain Bongo and Hirola are classified as “Critically Endangered” by the International Union for Conservation of Nature.

According to the letter, key wildlife landscapes in Kenya are facing challenges of land ownership and use, drought and climate crisis, factors that are “likely to have a negative impact on wildlife populations for certain species”.

“It is therefore important to conduct this national survey to provide baseline data on the status and distribution of wildlife populations for future use, to understand trends in wildlife populations and changes in their distribution. We also need to know if a given area has the carrying capacity for certain animals and what impact climate change and the increase in human population have on conservation, ”said Balala.

Balala said the census would also help mitigate the rising cases of human-animal conflict and reduce a rising compensation bill that is now 14 billion Kenyan shillings.

Soil and aerial techniques are used to count large mammals in the open savannah, arid, and semi-arid areas, while camera traps and manure counts are used in forested ecosystems. 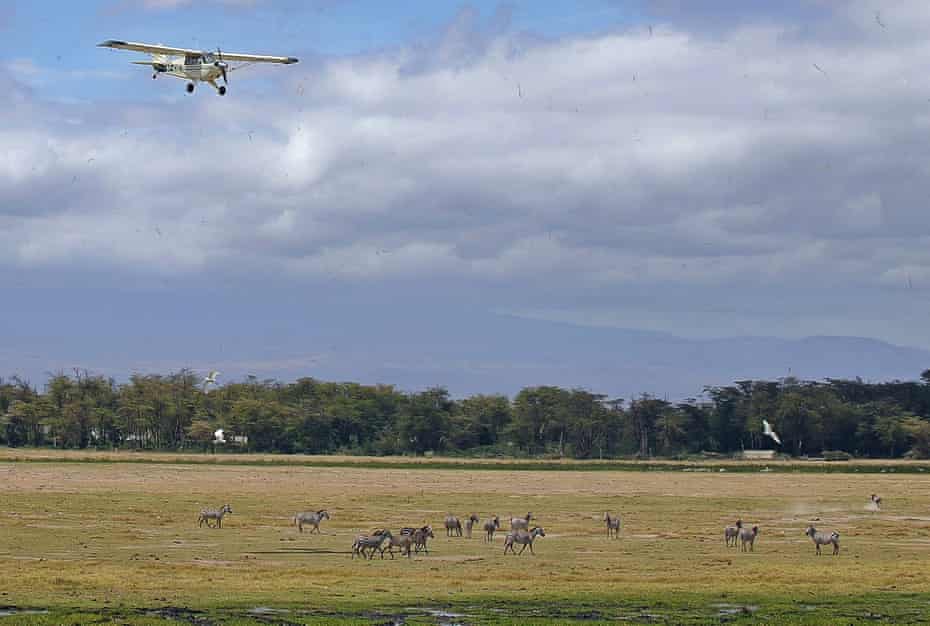 An air count will take place in Amboseli National Park in 2013. The national wildlife census is the first to coordinate data from all Kenyan parks. Photo: Tony Karumba / AFP / Getty

“The use of personnel and equipment depends on the size of a protected area,” he said. “For example, we deployed a team of 50 and 13 aircraft, both stationary and helicopters, in the Tsavo ecosystem, the largest in the country. Other methods include the use of satellite collars, especially for migratory animals, to avoid double counting. Aerial photographs are also used to analyze the presence of certain animals in a given area.

“We set up camera traps in forest areas to count nocturnal animals such as pangolins. This is the first time an African country has counted the number of pangolins, which are currently the most heavily trafficked animals in the world. Aerial photography is also used for large marine life, including whales, sharks, dugongs and sea turtles. “

Dr. Paula Kahumbu, director of the WildlifeDirect Conservation Agency, said if the census were conducted well it would reveal the ecological plight facing protected areas that affect not only animals but the lives and livelihoods of millions of Kenyans.

But she added, “Counting alone is not enough. The census should report the state of land and habitats that are the critical life support system for the animals. The integrity of Kenya’s sanctuaries is compromised by developments such as roads and railways, hotels and military camps that affect animal movements. 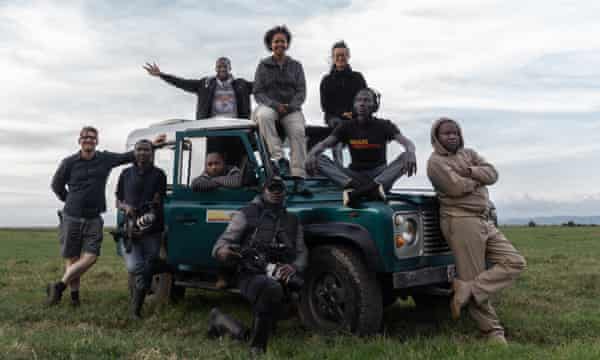 Paula Kahumbu and her colleagues from WildlifeDirect, an award-winning team of conservationists in Kenya. Photo: Johann Vorster / Whitley Awards 2021

Kahumbu said that even the numbers of animals that were once considered “common”, such as wildebeest, have decreased by as much as 90% in the Nairobi, Narok and Amboseli ecosystems, mainly due to habitat loss.

The 2020-30 Management Plan for Nairobi National Park shows the collapse of a wildebeest migration that counted 30,000 animals in the 1960s, “of which only 200 are currently using the park”. The report also describes a 70 percent decline in the populations of warthogs, waterbucks, hartebeests, and gazelles.

According to the government report, corridors that once connected the park to the larger plains have been blocked by development, sprawl and subdivision, or blocked by fences.

Jagi Gakunju, a conservationist and tour operator in the Masai Mara, said the exercise would be more successful if the government tapped into wildlife data collected by the numerous conservation organizations operating in Kenya. 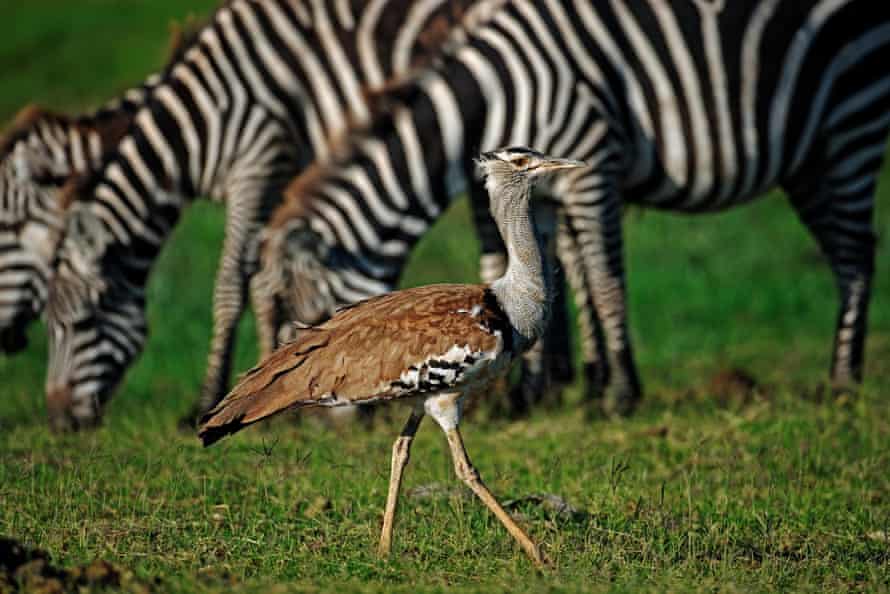 Most private and community-based wildlife sanctuaries, he said, have done their own censuses over the years, which made their contribution crucial.

“Nature Kenya, for example, is the local partner of BirdLife International and has invaluable data on bird life, as do other nature conservation organizations whose statistics are incorporated into global databases. It would be good to review this data and see how the current way of counting wildlife differs from the previous one. The current exercise should be a build-up of previous initiatives, ”said Gakunju.

Cynthia Moss, the US-born conservationist whose organization Amboseli Trust for Elephants is conducting the world’s longest elephant research, said her organization is ready to share the data it has collected over nearly 50 years.

“I think the initiative is good for nature conservation,” she told the Guardian on the phone. “We have gathered a lot of information over the years and are ready to share it should the authorities ask us to. In any case, the government has more resources than private conservationists. “